From Garden to Table at Mount Vernon - Stewed Parsnips 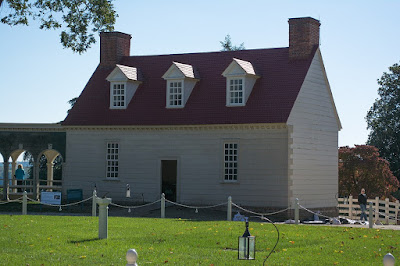 In June 1787, while presiding at the Constitutional Convention in Philadelphia, Washington wrote to his nephew and farm manager, George Augustine Washington, about the parsnip and carrot plants that had recently been sown at his Dogue Run Farm. “I am really sorry to hear that [they] are so thinly come up,” he fretted on June 3. “Does this appear to be the effect of bad Seed, unfavourable Seasons, improper ground, or want of proper Culture?” And a week later, he wrote, “It gives me concern to hear that the prospect of obtaining a Crop of Carrots & parsnips is so unpromising—To ascertain the value of these articles, & their product, was my grand object; in which I must be disappointed if they do not come up.”

In this simple recipe, Hannah Glasse noted that readers should pour the parsnips “into a plate for a corner-dish, or a side-dish at supper.” One of the most valuable tools in the Mount Vernon kitchen was Martha Washington's copy of The Art of Cookery, Made Plain and Easy...By a Lady.  Martha's copy is in the Library at Mount Vernon. Hannah Glasse's (1708–1770) The Art of Cookery...was first published in 1747. It was a bestseller for a century after its first publication, dominating the English-speaking market. It was published in America from 1805.

This recipe is a modern adaptation by culinary historian Nancy Carter Crump for the book Dining with the Washingtons.

1. Drain the parsnips thoroughly, and put them in a large saucepan or Dutch oven. Add just enough water to cover. Cover the pan, and bring to a boil over medium-high heat. Reduce the heat and simmer for 25 to 30 minutes, until tender. Remove from the heat and drain thoroughly. Cover and set aside to keep warm.

2. Combine the butter and flour, and cook over low heat until the butter has melted and begins simmering. Gradually add the half-and-half, stirring constantly until well blended and slightly thickened. Add the salt.

3. Add the parsnips to the sauce and heat through for about 5 minutes, stirring often.

4. Season the parsnips with additional salt and pepper, if necessary, and transfer them to a serving bowl.