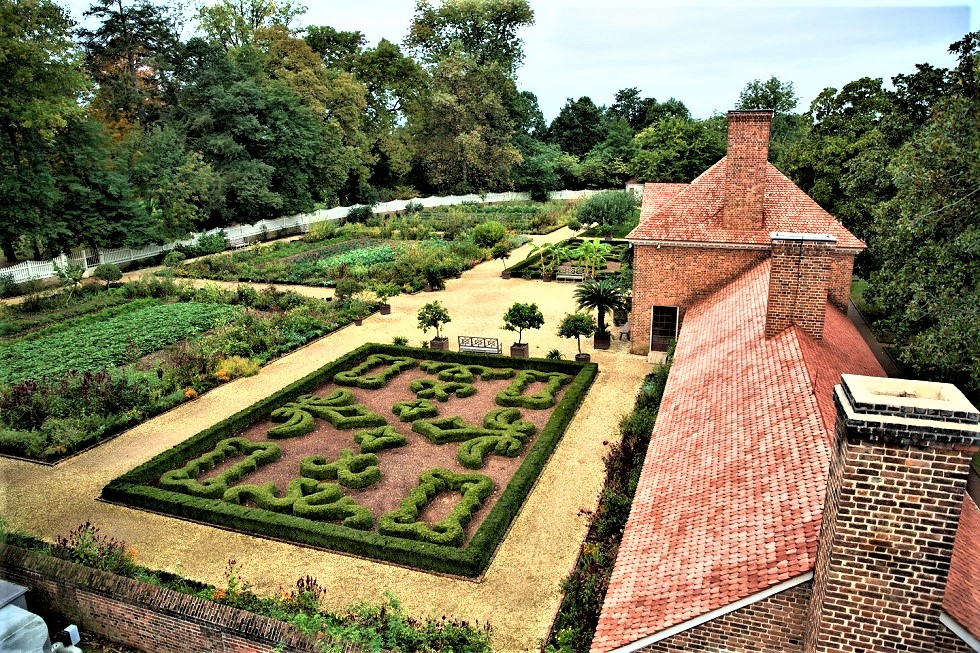 A European visitor to Mount Vernon in the summer of 1798 was sufficiently impressed with the estate to observe that "The whole plantation, the garden, & the rest prove well that a man born with natural taste may guess a beauty without having seen its model." The observer continued, "The General has never left America, but when one sees is house & his home & his garden it seems as if he had copied the best samples of the grand old homesteads of England..."

In fact, George Washington did copy some of the best samples of English gardens. Washington took his models from garden design books, the "pattern books" that were popular amongst large land owners in the colonies. One book in particular was the most influential in Washington's development of the landscape plan for Mount Vernon—Batty Langley's New Principles of Gardening (1728). Washington ordered Langley's book on May 1, 1759, in the first letter he sent to London after his marriage to Martha Dandridge Custis a few months earlier. 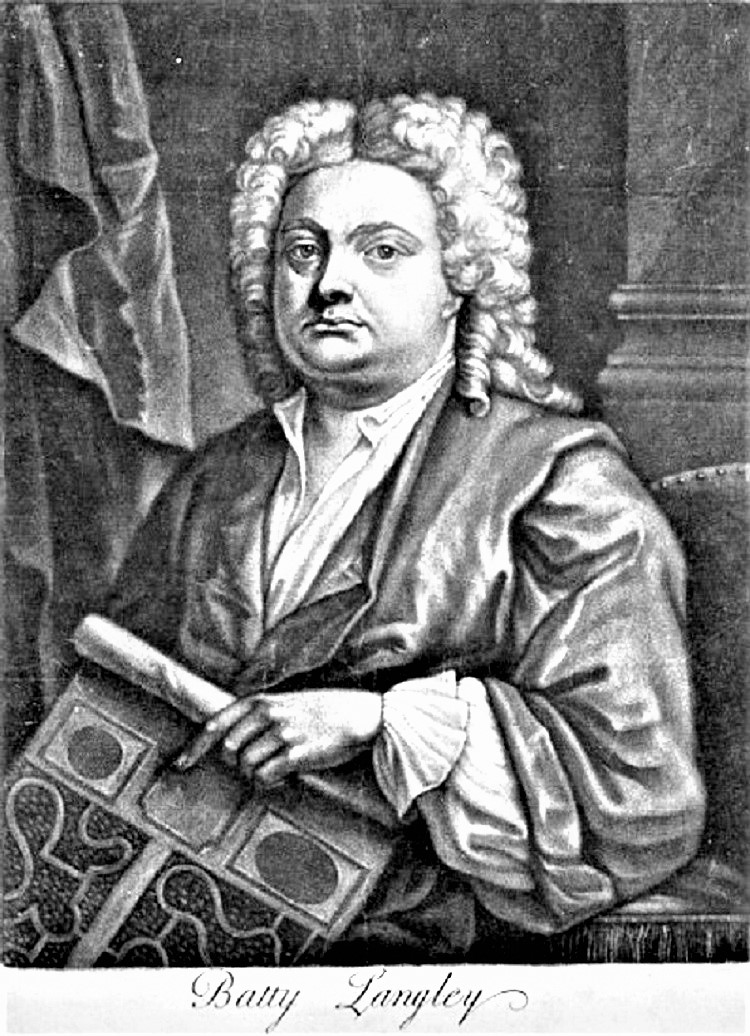 Batty Langley was most renowned for producing architectural pattern books that provided plans & elevations for builders in both Britain & the American colonies. One of these books, Langley's Builder's & Workman's Treasury of Design, provided George Washington with the plan for the Palladian window in the New Room. New Principles of Gardening was a pattern book based on the same model. The book opened with a discussion of geometry in landscape architecture before moving on to the principles of garden design, fruit, forest & evergreen trees, box & holly, & flowering shrubs. A final section dealt with the design of a proper kitchen garden containing vegetables, herbs, & medicinal plants. Twenty-eight folding plates depicting model gardens illustrated Langley's lessons.

Langley disliked the elaborate, straight-edged formalism that prevailed in English landscape gardening in the early eighteenth century. "Nor is there any Thing," he wrote in the introduction to New Principles of Gardening, "more shocking than a stiff regular Garden." Like other landscape theorists of the period, Langley favored an appearance of natural simplicity with curving paths, serpentine walks, & groves & wildernesses of trees planted "in natural seeming groups & thickly." 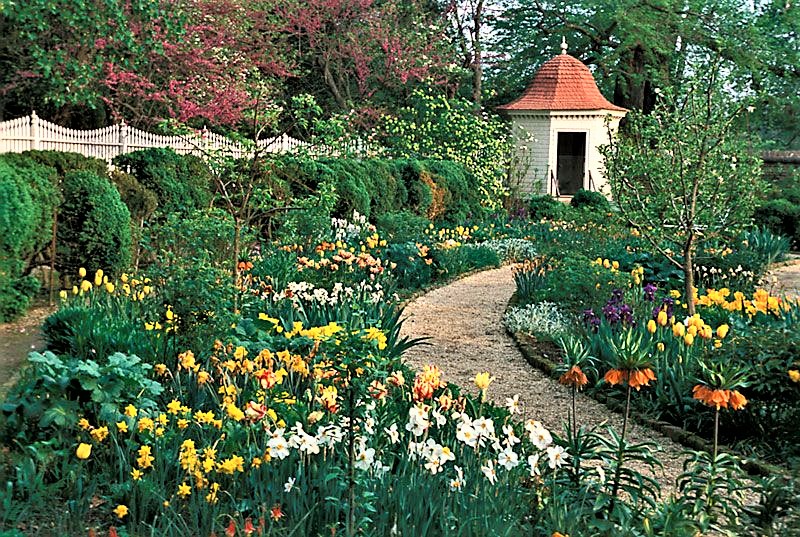 Washington retained a more formal symmetry than Langley might have favored, however he was still strongly influenced by the new principles. The groves to the north & the south of the Mansion, the bowling green bordered by shaded serpentine walks, the walled gardens, the orchards, & the thickly planted wildernesses were all features suggested by Langley's work. The book remained in Washington's library through his years of great renown, all the way until his eventual retirement from public life. Appraisers of Washington's estate noted "Langley on Gardening" in the study upon the first President's death.
Research plus images & much more are available from Geo Washington's (1732-1799) home Mount Vernon website, MountVernon.org.
at 4:00 AM