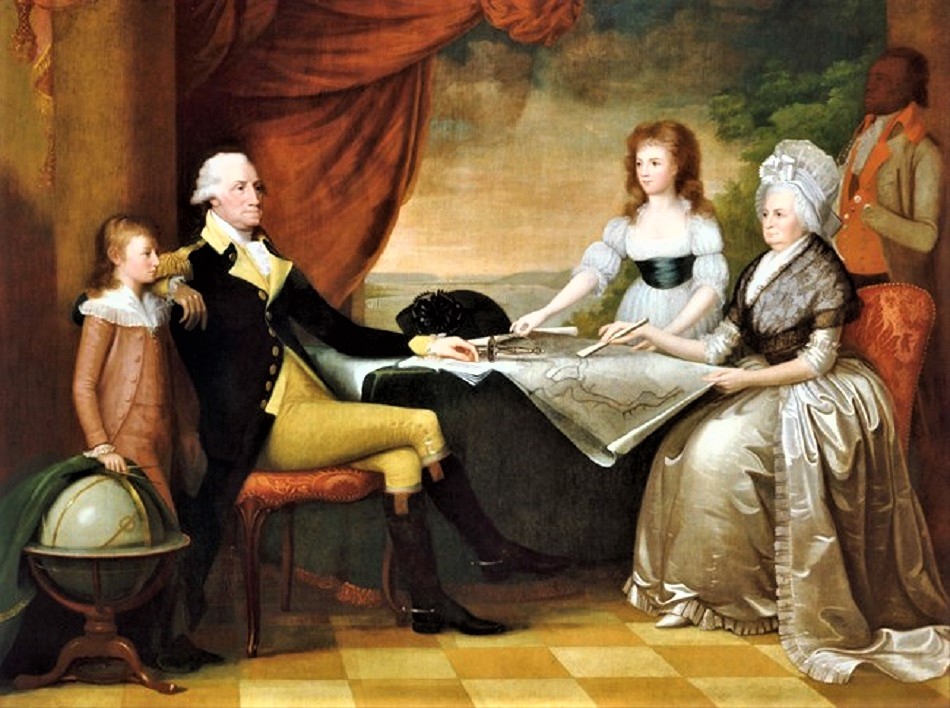 Enslaved men & women have had a significant impact on the nation's culinary traditions from the colonial period until today. They were forced to prepare food, usually raised or grown in the owners' fields, nearby waterways, & gardens for the owners & their guests.

In most cases, fellow slaves had planted & tended the gardens & fields where the plants grew, cared for the animals destined for slaughter, & caught the fish in local rivers & nearby salt-waters. For their own food, many slaves received a weekly or monthly ration of vegetables, meat, & sometimes fish from their owners.  To add to this allocation, some owners allowed their slaves to grow a small garden near their slave quarters.

Archaeological discoveries, notes on "receipts" (or recipes), & plantation journals & records offer hints into the lives of enslaved plantation cooks from colonial times through emancipation. These men & women often lived & worked inside the sweltering conditions of Southern plantation house kitchens; & when the heat was unbearable, they slept on the ground very near the kitchen.  Fellow plantation slaves probably built the kitchen as well.

These cooks drew upon skills & seeds brought with them from their African homelands to create complex, labor-intensive dishes such as oyster stew, gumbo, jambalaya, & fried fish.  From the gardens, they added African accents with hot peppers, peanuts, okra, & greens. Some methods of cooking that are well-known in the U.S. today were reported in West Africa before 1500, including deep frying fish & barbecuing meats.

Only a few of these slave chefs went on to receive the acclaim many of them deserved.  One of them was George Washington's chef, Hercules.  Here is an account of Hercules by a Washington descendant.

The chief cook would have been termed in modern parlance, a celebrated artiste. He was named Hercules, and familiarly termed Uncle Harkless. Trained in the mysteries of his part from early youth, and in the palmy days of Virginia, when her thousand chimneys smoked to indicate the generous hospitality that reigned throughout the whole length and breadth of her wide domain, Uncle Harkless was, at the period of the first presidency, as highly accomplished a proficient in the culinary arts as could be found in the United States. He was a dark-brown man, little, if any above the usual size, yet possessed of such great muscular power as to entitle him to be compared with his namesake of fabulous history.

The chief cook gloried in the cleanliness and nicety of his kitchen. Under his iron discipline, wo[e] to his underlings if speck or spot could be discovered on the tables or dressers, or if the utensils did not shine like polished silver. With the luckless wights who had offended in these particulars there was no arrest of punishment, for judgment and execution went hand in hand.The steward, and indeed the whole household, treated the chief cook with such respect, as well for his valuable services as for his general good character and pleasing manners.

It was while preparing the Thursday or Congress dinner that Uncle Harkless shone in all his splendor. During his labors upon this banquet he required some half dozen aprons, and napkins out of number. It was surprising the order and discipline that was observed in so bustling a scene. His underlings flew in all directions to execute his orders, while he, the great master-spirit, seemed to possess the power of ubiquity, and to be everywhere at the same moment.

When the steward in snow-white apron, silk shorts and stockings, and hair in full powder, placed the first dish on the table, the clock being on the stroke of four, "the labors of Hercules" ceased.

While the masters of the republic were engaged in discussing the savory viands of the Congress dinner, the chief cook retired to make his toilet for an evening promenade. His prerequisites from the slops of the kitchen were from one to two hundred dollars a year. Though homely in person, he lavished the most of these large avails upon dress. In making his toilet his linen was of unexceptional whiteness and quality, then black silk shorts, ditto waistcoat, ditto stockings, shoes highly polished, with large buckles covering a considerable part of the foot, blue cloth with velvet collar and bright metal buttons, a long watch-chain dangling from his fob, a cocked-hat and gold-headed cane completed the grand costume of the celebrated dandy (for there were dandies in those days) of the president's kitchen.

Thus arrayed, the chief cook invariably passed out at the front door, the porter making a low bow, which was promptly returned. Joining his brother-loungers of the pave, he proceeded up Market street, attracting considerable attention, that street being, in the old times, the resort where fashionables "did most congregate." Many were not a little surprised to behold so extraordinary a personage, while others who knew him would make a formal and respectful bow, that they might receive in return the salute of one of the most polished gentlemen and the veriest dandy of nearly sixty years ago."

The National Park Service tells us that George Washington Parke Custis was born in 1781, as the grandson of Martha Dandridge Custis Washington through her first marriage. After his natural father, John Parke Custis, died in 1781, G.W.P. Custis went to live at Mount Vernon where George and Martha Washington raised him as their own son. During his childhood, Custis became very attached to his stepfather, George Washington. In 1802, Custis started the construction of Arlington House on land that he had inherited from his natural father. When completed in 1818, he intended the house to serve as not only a home but also a memorial to his stepfather, George Washington. In 1804, Custis married Mary Lee Fitzhugh. The two had four children, but only one, Mary Anna Randolph Custis, survived.

Custis derived his living from large inherited estates, worked by many enslaved people, though he was a poor manager and his properties were not very profitable. He devoted most of his energies to other activities, many and varied including painting, playwriting, music, oratory, and promoting the improvement of American agriculture. None of his endeavors were marked by great or lasting success. He frequently held celebrations, special programs and other social events which attracted thousands of visitors to the Arlington estate over the years. Regarding himself as the heir to the Washington tradition, Custis collected and displayed, a large number of Mount Vernon relics at Arlington. He was always eager to comment on the collection and the Washington legacy for famous guests and curious strangers.

Custis saw his daughter marry Lt. Robert E. Lee at Arlington in 1831. Robert and Mary Anna came to call Arlington home and Custis was a prominent figure in the lives of the seven Lee children. In his later years, Custis did not stray far from Arlington. He made his will in 1855, and he increasingly relied on his son-in-law, Col. Lee, to handle his tangled business affairs. Until his death, Custis retained his old bedchamber in the north wing of the mansion, where he died after a short illness on October 10, 1857.
at 4:00 AM

Blogging is a joy - a total extravagance, a chance to explore endless curiosities. Searching for WHY human society changes & what those living before us declare in their own words & in their design & images of themselves & of the world around them.
Focusing mostly on gardens & women, I put together several blogs, different in the particulars but similar in the essentials. They are listed in the blogroll below.