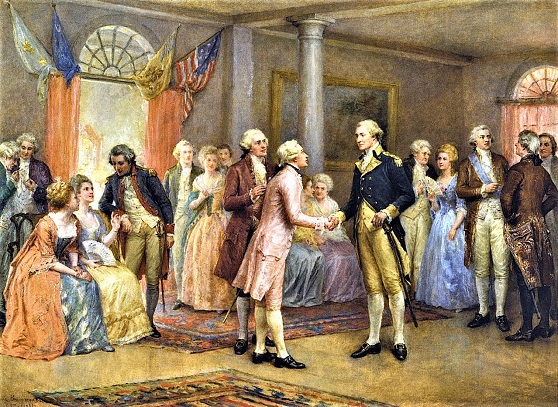 Washington Greeting Lafayette at Mount Vernon by Jennie Augusta Brownscombe (1850-1936)
For President George Washington, retirement did not mean the end of his life as a public figure. As in the years after the Revolutionary War, guests flocked to Mount Vernon hoping to pay their respects to & share space—however briefly—with the former president. 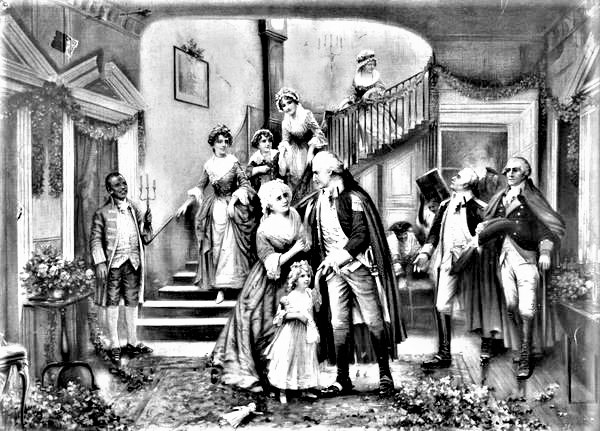 In 1798, according to Mount Vernon’s official records, George & Martha Washington hosted guests for dinner on 203 of the 310 days for which records exist. 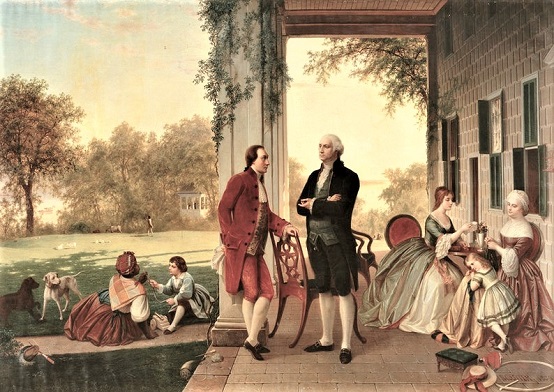 Overnight guests stayed from supper to breakfast at Mount Vernon on 183 of those 310 days. 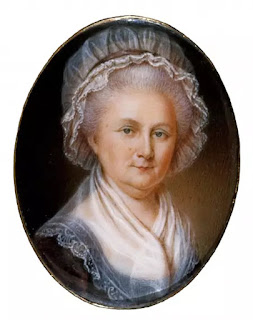 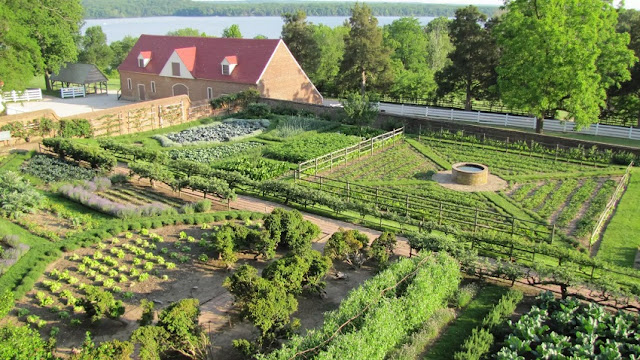 “…impress it on the gardener to have every thing in his garden that will be necessary in the House keeping way — as vegetable is the best part of our living in the country.” – Martha Washington, 1792 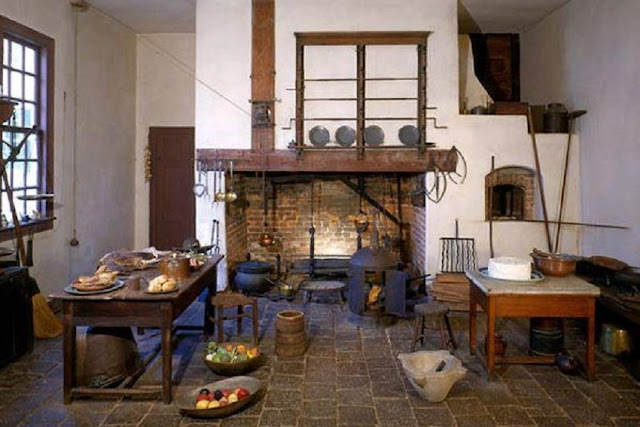 Mount Vernon tells us that in the matter of eating & drinking George Washington was usually temperate.

For breakfast he ordinarily had tea & Indian cakes with butter & perhaps honey, of which he was very fond.