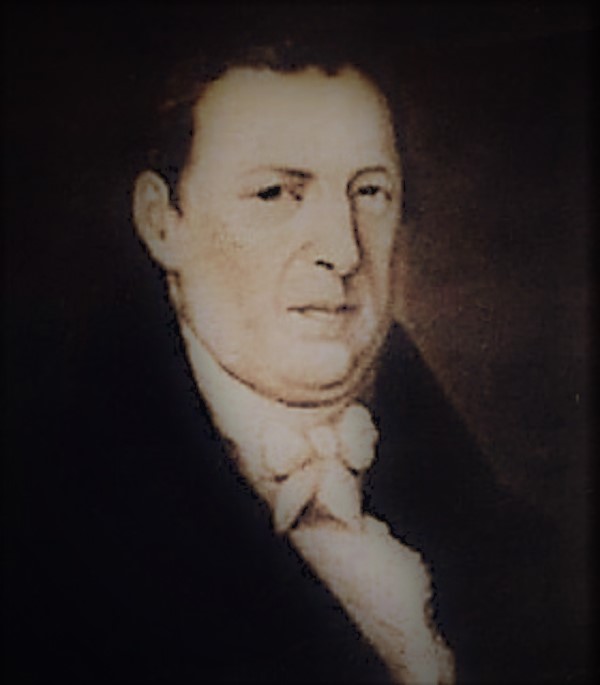 Philadelphia seed dealer & nurseryman Bernard M’Mahon’s (1775-1816) main motive for writing the 1806 American Gardener's Calendar was to expand his profitable nursery enterprise, which supplied seeds & plants to many gardeners up & down the Atlantic coast, from gentry to artisan.

In 1993, Monticello's legendary gardener & historian Peter J. Hatch wrote a Twinleaf  article on "Bernard McMahon, Pioneer American Gardener." Hatch draws a picture of the Philadelphia nurseryman McMahon  as a shrewd businessman who forwarded the newest vegetable & flower varieties to Thomas Jefferson, who then would often follow the directions in the McMahan's American Gardener's Calendar step-by-step when planting in his flower beds or vegetable gardens. McMahon also served as curator for the plants collected by the Lewis & Clark expedition & published the 1st seed catalog in the 1803 United States. His American Gardener's Calendar, the most comprehensive gardening book published in the United States in the first half of the 19C; popularity & influence can be gauged by the 11 editions that were printed up to 1857.

The 648-page Calendar was modeled on a traditional English formula, providing month-by-month instructions on planting, pruning, & soil preparation for the various horticultural divisions -- the Kitchen Garden, Fruit Garden, Orchard, Nursery, etc. McMahon borrowed extensively from popular earlier English works but made a concerted effort to break away from English traditions in the way he celebrated the use of native American ornamentals; championed large-scale cider & seedling peach orchards that could be grazed with livestock;&admitted the harsh realities of eastern North America's continental climate. McMahon reinforced Jefferson's pride in the culture of American plants. American gardeners were urged to comb the local woodlands & fields for "the various beautiful ornaments with which nature has so profusely decorated them." Wildflowers, according to McMahon, were particularly suited for the hot, humid summer, when American gardens "are almost destitute of bloom." McMahon continued, "Is it because they are indigenous that we should reject them?"

In 1808 McMahon purchased 20 acres for his nursery & botanic garden that would enable him to expand his business. John Jay Smith, editor of The Horticulturist, noted in 1857 "Many must still be alive who recollect its [the store's] bulk window, ornamented with tulip-glasses, a large pumpkin, & a basket or two of bulbous roots; behind the counter officiated Mrs. M'Mahon, with some considerable Irish accent, but a most amiable & excellent disposition. Mr. M'Mahon was also much in the store, putting up seeds for transmission to all parts of this country & Europe, writing his book, or attending to his correspondence, & in one corner was a shelf containing a few botanical or gardening books; another contained the few garden implements, such as knives & trimming scissors; a barrel of peas,&a bag of seedling potatoes, an onion receptacle, a few chairs, & the room partly lined with drawers containing seeds, constituted the apparent stock in trade of what was one of the greatest seed houses then known in the Union. Such a store would naturally attract the botanist as well as the gardener, & it was the frequent lounge of both classes, who ever found in the proprietors ready listeners as well as conversers. They were rather remarkable, & here you would see Nuttall, Baldwin, Darlington, & other scientific men, who sought information or were ready to impart it."

Almost all of America’s earliest indigenous gardening books served as the liaison between the nurseryman & an emerging middle-income group of home gardeners. As increasing leisure time & interest in gardening grew, there were not enough trained professional gardeners to go around nor excess funds to employ them. A new how-to-do-it manual was just what the young country needed.

English gardening books, American gardening books, plants & other supplies, & the practice of gardening itself fit into the new nation’s burgeoning capitalistic fervor at the end of the 18th century. In addition to professional gardeners & seed dealers & nurserymen like McMahon, whose numbers grew quickly after the Revolution, non-professional gardeners of every stripe often sold nature’s products to gain extra income.

George Washington encouraged his gardener to sell extra nursery stock for a profit, one-fifth of which he allowed the gardener to keep. Nobleman Henri Stier, who had fled Belgium during the French Revolution, had a bulb sale, when he moved back to Europe from Annapolis in 1803. Once he had returned to Belgium, he bought bulbs in Europe & shipped them to his old Chesapeake neighbors.

Annapolis craftsman William Faris, in his fiscal account book for October 23, 1799, noted receiving the substantial sum of $40 for tulip bulbs from John Quynn. Fellow Annapolitans Alexander Contee Hanson & Thomas Harwood, & Captain John O’Donnell from Baltimore visited the silversmith's garden to mark tulips & hyacinths that interested them; after the blooms faded Faris dug up the marked roots & sold, or traded, them to the gentlemen.
at 4:00 AM