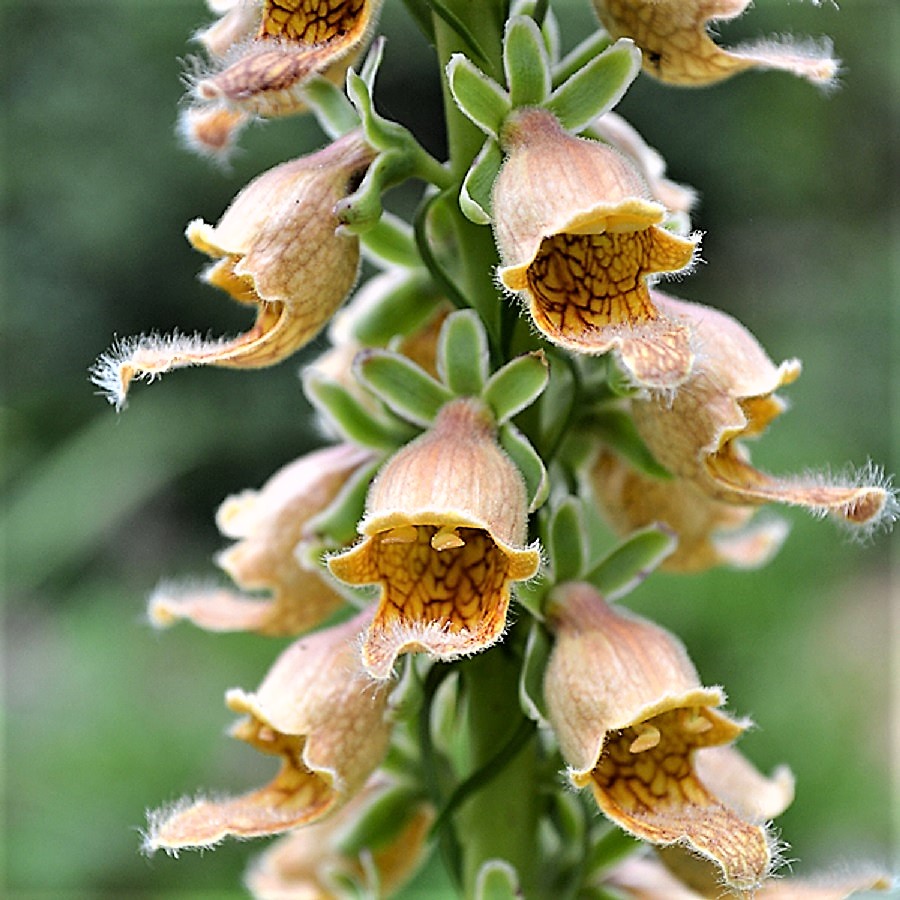 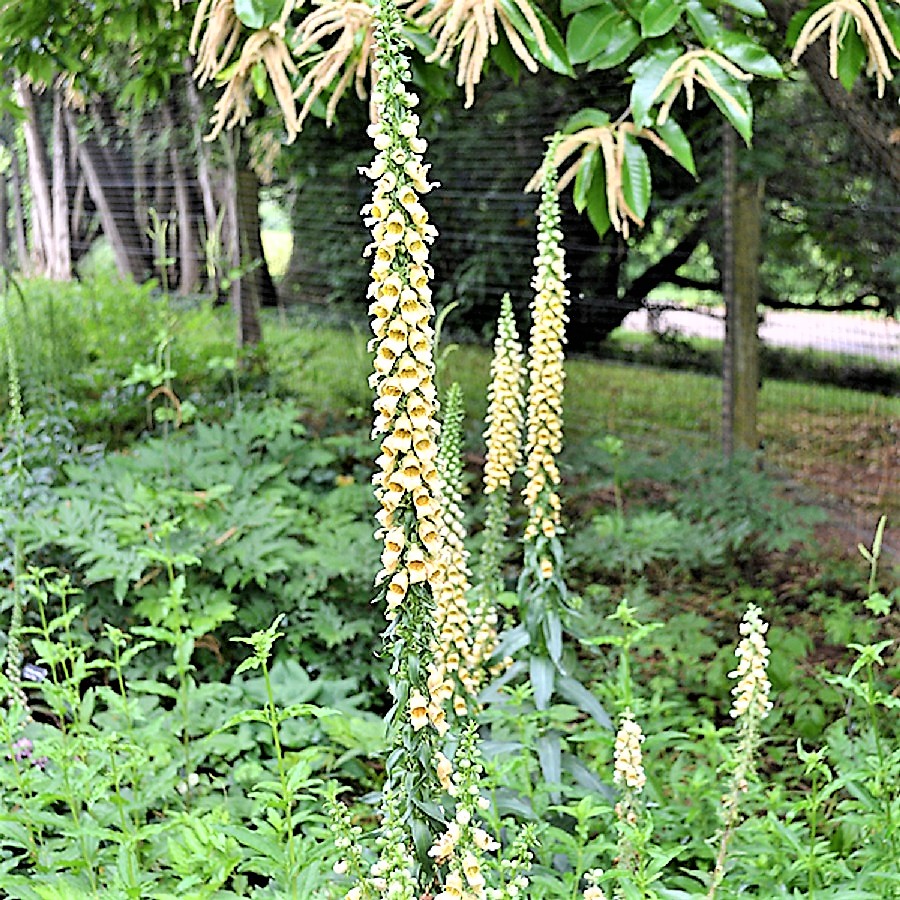 The early summer-flowering Rusty Foxglove is native to southeastern Europe, Turkey, and Lebanon, and documented in the 16th-century British herbals of Parkinson and Gerard. Philadelphia nurseryman Bernard McMahon listed it as "Iron-coloured Fox-glove" in The American Gardener's Calendar (1806) and he sold it by 1810. The plant sends tall flowering spikes above its dark, evergreen foliage, and bears showy, golden-brown flowers with unusual rusty-brown veining.