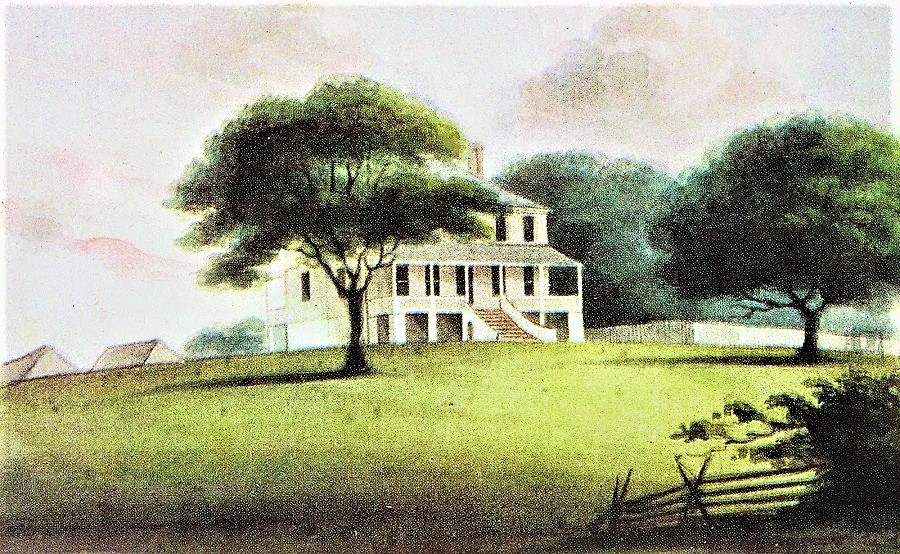 The Richmond house stood on a hill overlooking the Eastern branch of the Cooper River. It had belonged to Colonel John Harleston, one of the oldest Cooper River families. From him it had passed to his daughter Jane Smith Harleston, the wife of Edward Rutledge, whom she married in 1794. The house at Richmond is one of the most typical Low Country plantation houses sketched by Fraser. The high foundation of masonry, the two stories of wood, the high hipped roof, the single piazza with its wide brick stairway flanked by ramps of the same material that flare out at the ground into cylindrical newels-all these repeat themselves endlessly through the Low Country, with only minor local variations.
The watercolors of Charles Fraser allow us feel the South Carolina landscape around us as we learn how it was being groomed & planted. Thanks to South Carolina native Fraser, we have a chance to see, through his eyes, the homes & gardens there as he was growing up. Although he was primarily known his miniature portraits, he also created watercolors of historical sites, homes, & landscapes. He painted while working as a lawyer, historian, writer, & politician. Today, many of Fraser's works are displayed at the Carolina Art Association & the Gibbes Art Gallery in Charleston.
at 4:00 AM