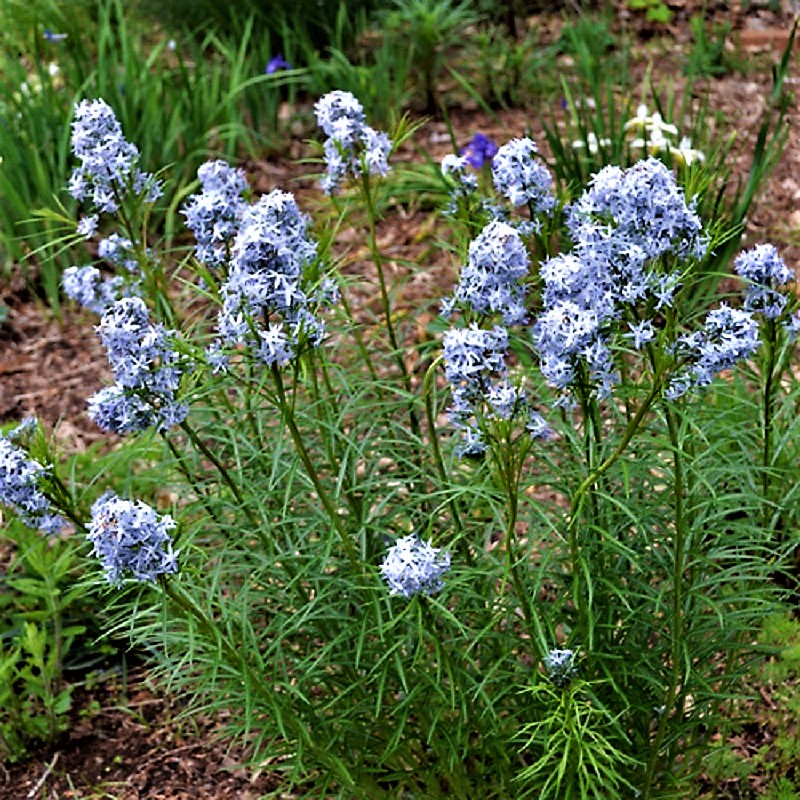 The genus Amsonia, named for Charles Amson, an 18th-century scientific traveler in North America, is native to parts of the Northeast, Mid-Atlantic, South, and lower South. This species, also known as Arkansas Amsonia, was first recorded in the 1770s as A. angustifolia, but later named Hubricht’s Amsonia, after Leslie Hubricht, an American biologist who re-discovered it in the 1940s. It can add a graceful and handsome, shrub-like accent to the perennial border; and it attracts bees and butterflies.