Up & down the Atlantic coast, where the topography allowed, when gentlemen decided exactly where to build their house, they usually harked back to the traditional defensive habit of building on the high ground. Even when the need for surveying the countryside for marauders had long passed, gentlemen continued to look for the highest situation, in part so that they could remain above, superior, in the minds of others. 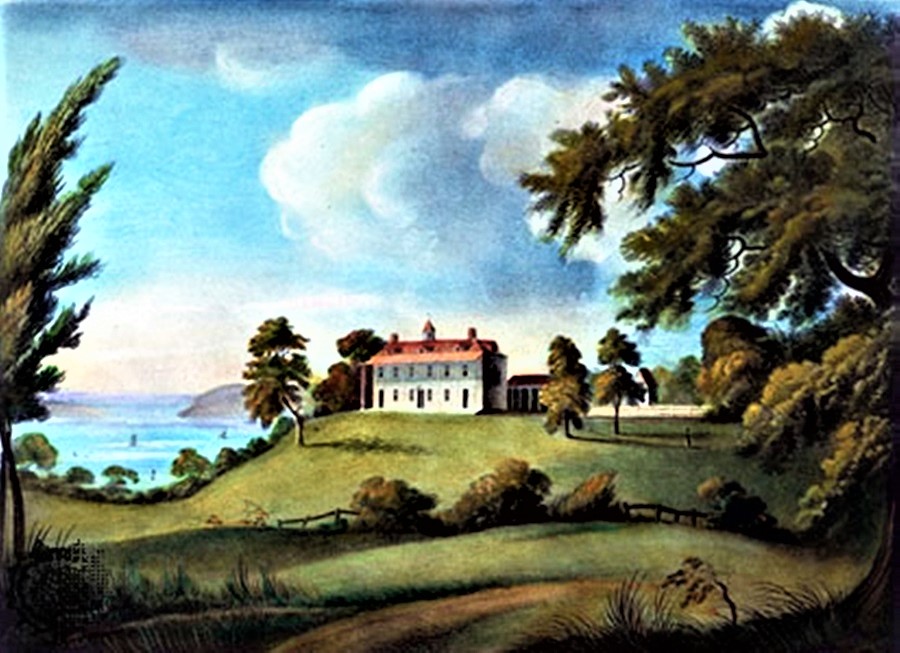 Shortly after he arrived in the United States, British architect Benjamin Henry Latrobe wrote in 1798, ""When you stand upon the summit of a hill, and see an extensive country of woods and fields without interruption spread before you, you look at it with pleasure...this pleasure is perhaps very much derived from a sort of consciousness of superiority of position to all the monotony below you." 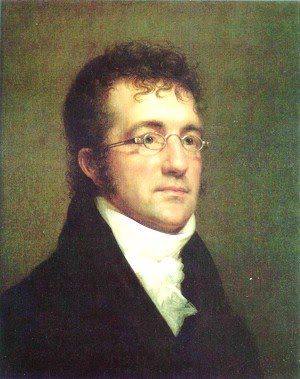 Latrobe (1764-1820) came to the United States in 1796, settling first in Virginia and then relocating to Philadelphia to design the waterworks. In 1803, he was hired as Surveyor of the Public Buildings of the United States & spent much of the next 14 years working on projects in Washington, D.C., where he designed the U S Capitol. Latrobe then traveled to New Orleans to work on a waterworks project and died there of yellow fever in 1820. 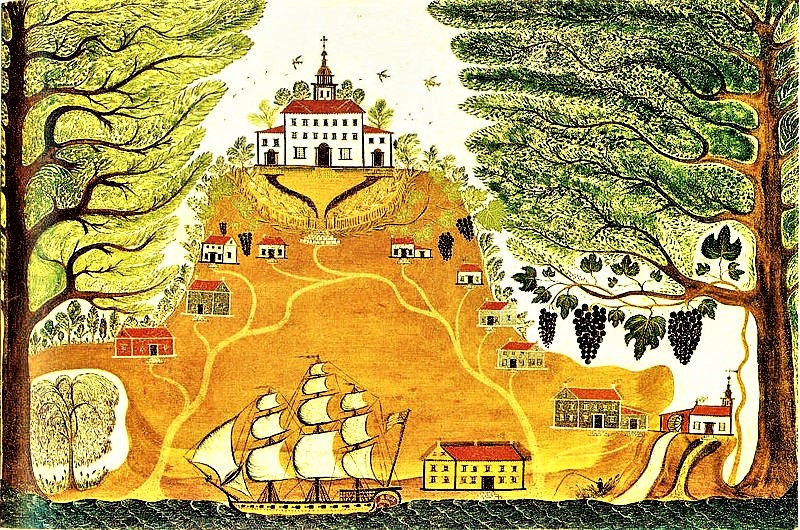 Latrobe knew that the situation of the house was meant to impress visitors viewing the surrounding landscape & to impress those passing-by who could only look up & admire the plantation or country seat. When choosing a homesite, gentlemen carefully considered the vistas & views available from the pinnacle of the property, as well as the practical aspects of the situation.

Visitors often used the powerful verb command to describe the placement of a dwelling on a site surrounded with vistas. A house would a view or a prospect. Those passing by would note that houses on high ground were situated on an eminence. Homage was due to the powerful and clever owner.
Francis Guy. Perry Hall near Baltimore, about 1804.

Even when the houses themselves were unfinished or left to decay, impressive sites were still admired. In June of 1760, Andrew Burnaby was traveling through Annapolis and noted, "the governor's palace is not finished...it is situated very finely upon an eminence and commands a beautiful view of the town and environs."

Andrew Burnaby (1732-1812) was a well-traveled English clergyman who visited the British American colonies in 1760, and published his travel journal back in England, just as the Revolutionary War was beginning. 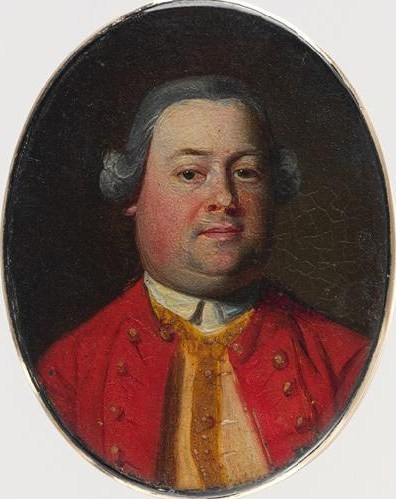 One of the most amazing descriptions explaining the meaning of the prospect from a gentleman's house to both its owner and to its neighbors, is the description of the home & property of Governor Moses Gill of Massachusettes, as reported by Rev. Peter Whitney in his History of Worcester County, 1793.
Samuel Hill, View of the Seat of the Hon. Moses Gill Esq. at Princeton, in the County of Worcester, reproduced in Massachusetts Magazine, November, 1792.

The magazine reported, Foreigners must have an high idea of the rapid progress of improvement in America, when they are told that the ground which these buildings now cover, and a farm of many hundred acres around it, now under high and profitable cultivation were, in the year 1766, as perfectly wild as the deepest forest of our country. The honourable proprietor must have great satisfaction in seeing Improvements so extensive, made under his own eye, under his own direction, and by his own active industry."

Rev. Whitney wrote his insightful history of Worcester County only a year later, "In this town is the country seat of the Hon. Moses Gill, Esq....His elegant and noble seat...The farm contains upwards Of 3000 acres.The buildings stand upon the highest land of the whole farm.br />
"The mansion house is large, being 50 x 50 feet, with four stacks of chimneys; the farm house is 40 x 36 feet; in a line with this stand the coach and chaise house, 50 x 36 feet; this is joined to the barn by a shed 70 feet in length - the barn is two hundred feet by thirty-two.

"The prospect from this seat is extensive and grand, taking in horizon to the east, of seventy miles at least. The blue hills of Milton are discernable with the naked eye, from the windows of this superb edifice, distant not less than sixty miles, as well as the waters of the harbor of Boston, at certain seasons of the year.

"When we view this seat, these buildings, and this farm of so many hundred acres, now under a high degree of cultivation, and are told that in the year 1766 it was a perfect wilderness, we are struck with wonder, admiration and astonishment.

"The honorable proprietor hereof must have great satisfaction in contemplating these improvements, so extensive, made under his direction, and, I may add by his own active industry. Judge Gill is a gentleman of singular vivacity and activity, and indefatigable in his endeavors to bring forward the cultivation of his lands...and deserves great respect and esteem, not only from individuals, but from the town and county he has so greatly benefited, and especially by the ways in which he makes use of that vast estate, wherewith a kind Providence has blessed him.

"Upon the whole, this seat of judge Gill, all the agreeable circumstances respecting it being attentively considered, is not paralleled by any in the New England States; perhaps not by any one this side of Delaware." 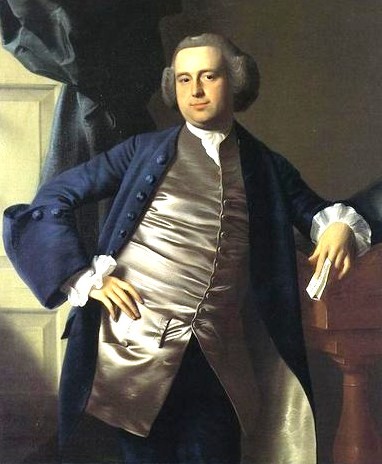 A description of George Washington's home on the Virginia side of the Potomac River appeared in the Pennsylvania Gazette just after his death. The account described the view from his porch, "A lofty portico, 96 feet in length, supported by 8 pillars, has a pleasing effect when viewed from the water...On the opposite side...an extensive plain, exhibiting corn-fields and cattle grazing, affords in summer a luxuriant landscape; while the blended verdure of woodlands and cultivated declivities, on the Maryland shore, variegates the prospect in a charming manner."

A variety of terms appear in contemporary descriptions of houses and grounds shedding light on the importance of the impressive view. I want to devote the next few blog postings to these terms, as they were used by visitors & observers in colonial British America & the early republic.

For a discussion of concepts parallel to those noted in the 1793 Whitney History of Worcester County relating to the landscape of Moses Gill's property plus Ralph Earl's 1800 painting Looking East from Denny Hill, see David R. Brigham's article at CommonPlace.org. Brigham is the curator of American art at the Worcester Art Museum in Worcester, Massachusetts.
at 4:00 AM