Swept Yards
The swept yard is a landscape tradition once common in America's deep South: a bare dirt area denuded of any grass, kept 'clean' by sweeping with a broom made of twigs (dogwood often was preferred). The hard red clay of the bare-earth yard would eventually become almost stone like. The swept yard was the outdoor room.

Back in West Africa, especially due to the heat as well as space constraints, much of the cooking, washing of clothing, and gathering was done outside. Therefore for convenience, pest control, and safety issues, neighbors swept their yards with crude brooms made of twigs removing all grass, debris, and weeds from the areas surrounding their homes. Most of the cooking was done outdoors, if there were grass, then there was the possibility of a stray ash igniting the grass and starting a fire. Lawns were thought to be unnecessary and labor-intensive. In Africa, the natives were more concerned with growing crops than cutting grass. 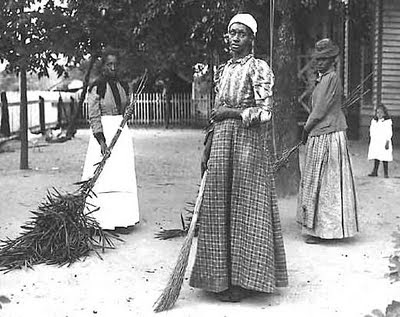 Sweeping the Yards in Rural South Carolina.
With the advent of slavery in America, West African slaves brought the concept of swept yards to America. And as European settlers were preoccupied with growing crops and not grass, the swept yard concept survived for centuries in the American South.
In 1791, William Bartram describing a typical house in Cuscowilla, GA, wrote “The dwelling stands near the middle of a square yard, encompassed by a low bank, formed with the earth taken out of the yard, which is always carefully swept.” 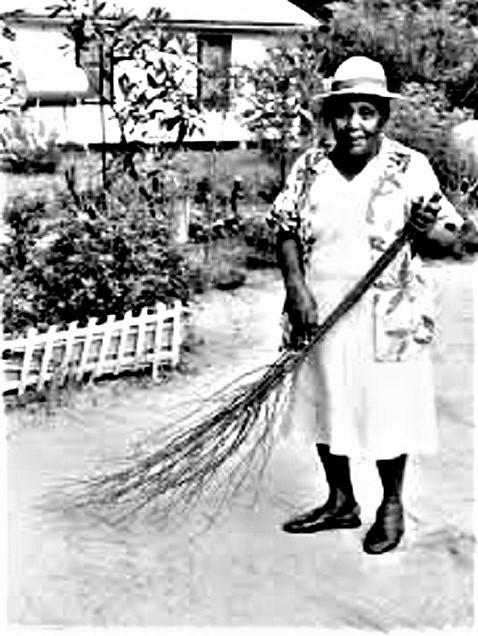 The swept yard is mentioned in the novel “To Kill a Mockingbird," where the Radley's had a "swept yard that was never swept."

When you were expecting company in the South, it was said that you baked cakes and swept the yard. Martha Ogle Forman wrote from Cecil County, Maryland in 1818, "preparing for company: made cake, and had all the yards swept." 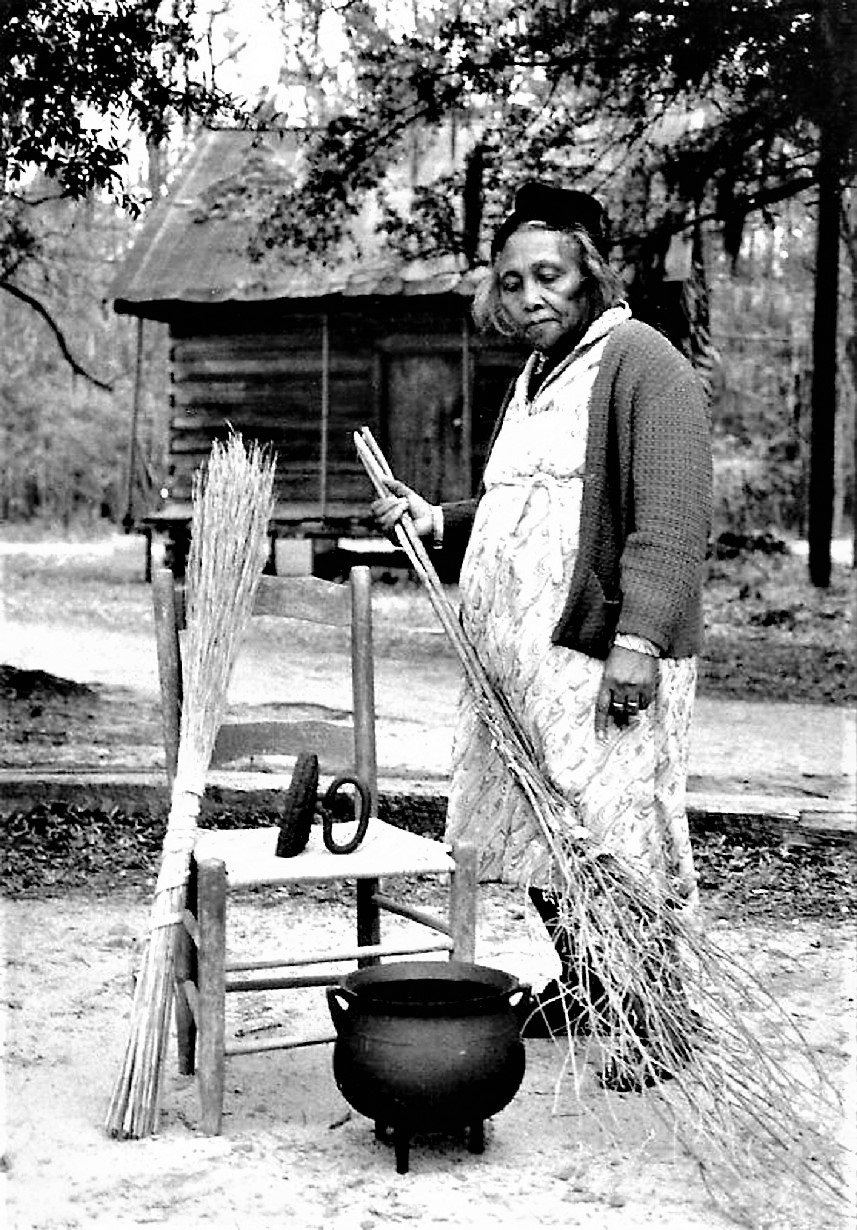 In SC, Catherine Waiters swept her yard daily. The yard broom was made of tree branches, while the house broom on the left was made of broom-straw. 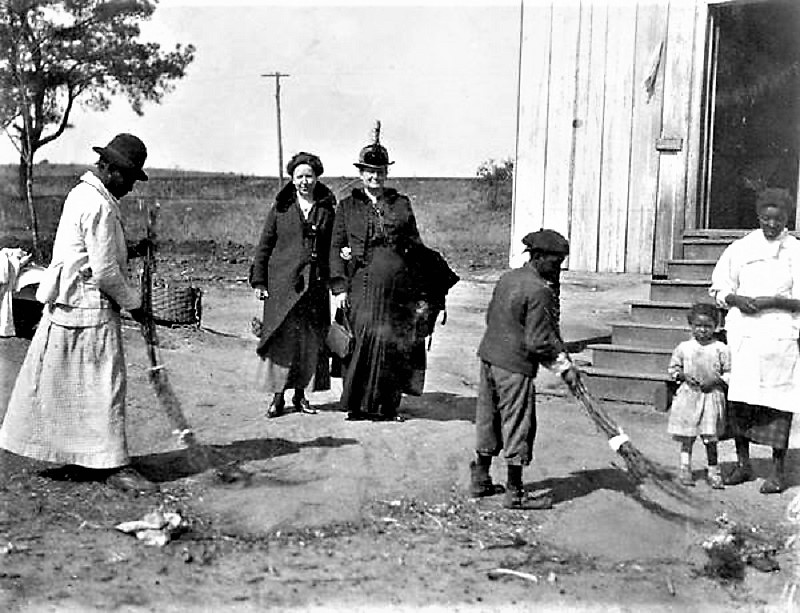 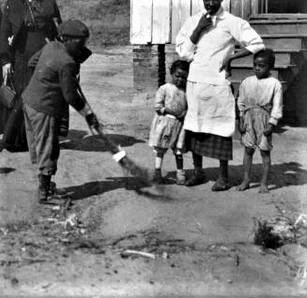