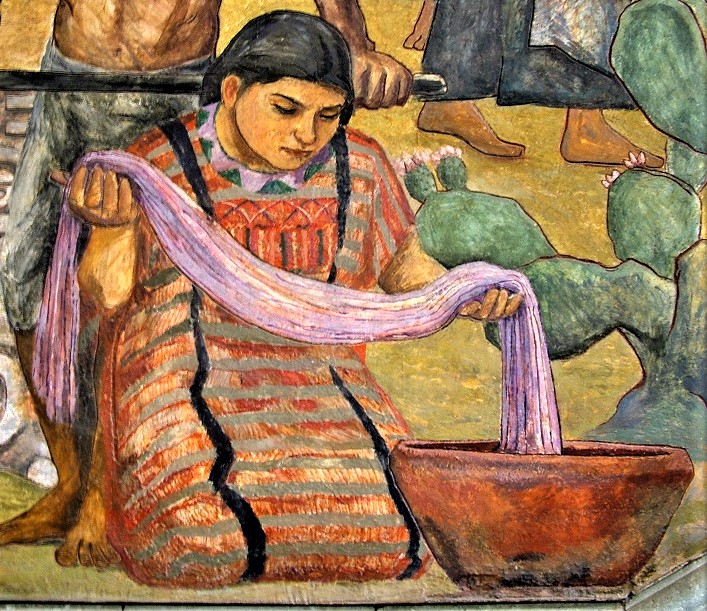 Plants have been used for natural dyeing since before recorded history. The staining properties of plants were noted by humans & have been used to obtain & retain these colors from plants throughout history. Native plants & their resultant dyes have been used to enhance people's lives through decoration of animal skins, fabrics, crafts, hair, & even their bodies.

With the coming of European settlers much in the way of native plant dyes was lost. Some European settlers brought European dye plants for private use or to grow commercially. Indigo, which is native to India, was one of the 1st dye plant early settlers tried to grow, but because of the strict timing involved with harvest & treatment & competition with British production, its popularity faded. High tariffs on dye stuffs placed on American grown indigo by the British made it more profitable for settlers to grow other crops. 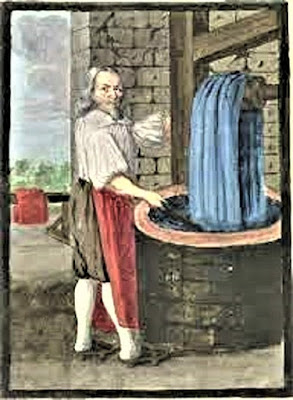 After the Revolutionary War, Thomas Jefferson & Dolly Madison urged the growth of dye stuffs such as madder, indigo, woad, & weld, again all European or Asian plants. Settlers preferred European manufactured dyes because homemade dye colors & fastness are variable. With improvements in chemistry more people were able to use home-grown dye plants but still the majority of the recipes were copies from European books & non-native plants in early America. In the late 18C it was discovered that coal tar compounds could be made into reliable dyes & the 19C synthetic dyes were on their way.

Before the advent of synthetic dyes in the mid-1800s, only dyes from naturally-occurring substances were available to those who colored textiles, yarn, baskets, or other materials. There are 2 primary types of natural pigments used in dyeing: fat-soluble & water-soluble pigments. Fat-soluble pigments such as chlorophyll or carotenoids occur in all plants to varying degrees.

As a rule, natural dyes are extracted from plants by pounding, shredding, or cutting them up. Plant parts are then placed in water & heated to a temperature just below the boiling point until the color has transferred into the water. When the color is added to a mordant-saturated material, the dye will then adhere to the fiber of the material. Mordants help set colors permanently into fibers.

Natural dye materials that produce durable, strong colors & do not require the addition of other substances to obtain the desired outcome are called substantive or direct dyes. Sumac (Rhus spp.) & walnut (Juglans spp.) are native plant examples of direct dyes. Because these species are high in tannic acid, they do not require additional substances to be added for the dye to attach to fibers & form a durable bond. Dyes that need this type of assistance are called mordant dyes.

10 plants used by many Native Americans for dyes