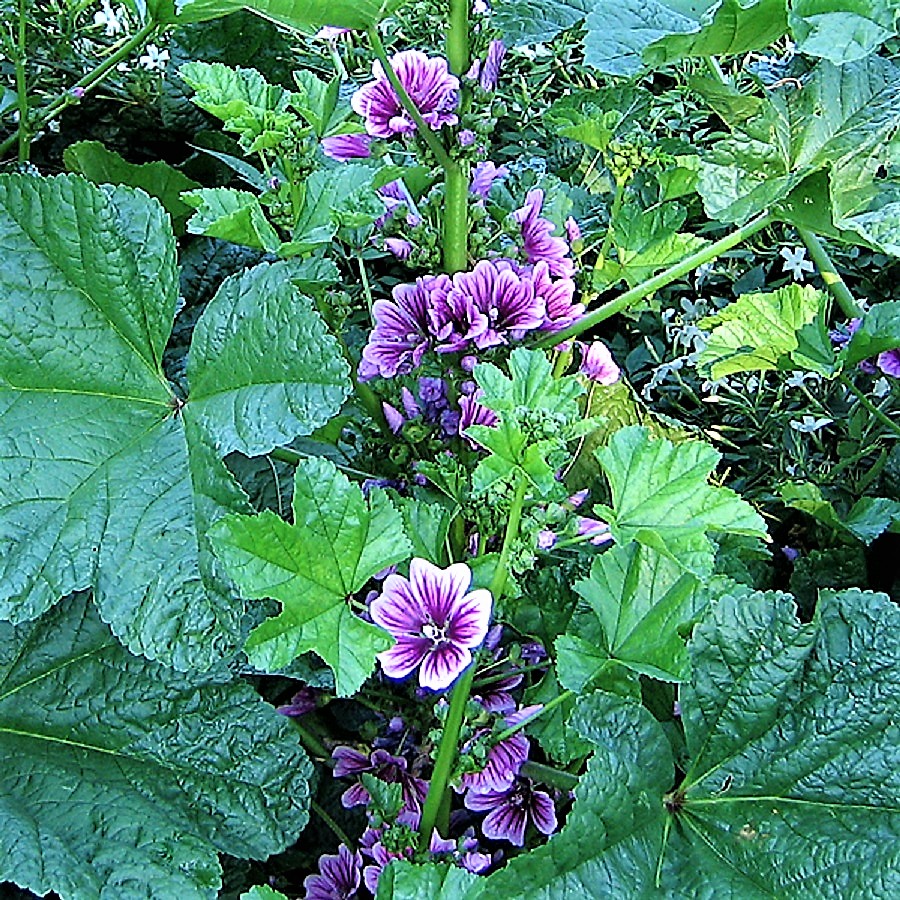 When Thomas Jefferson noted “French mallow” on an 1806 list of flowers, he was probably referring to Malva sylvestris, a European and Asian native with handsome, hollyhock-like, purplish-pink flowers. The perennial French Mallow is similar in appearance to its more familiar mallow cousin, the hollyhock. Another common name is “Cheeses Mallow,” a reference to the shape of the seed clusters.
at 4:00 AM