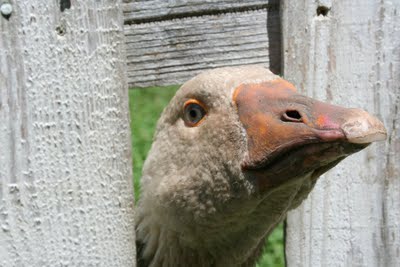 Trying to Escape through the fence at the Goose Yard
Goose Yard
Chaucer's Canterbury Tales, in 1386, or thereabouts, Chaucer wrote in the Nun's Priest Tale, "A yeerd she hadde enclosed al aboute Withe stikkes and a drye dych with-oute In which she hadde a Cok." Here was a woman tending a poultry yard, just as women would in early America!

Often in the plantation society of the southern colonies, the mistress of the house would leave the raising of fenced-in common chickens to the slaves, while she would concentrate on raising the more elite ducks, turkeys and geese.
Fences around livestock yards were not there just to confine the animals, but also to make it easier to collect their homemade fertilizer. A visitor to a Mount Vernon quarter in 1797, noted that “a small vegetable garden was situated close to the hut. Five or six hens, each with ten or fifteen chickens, walked around there. That is the only pleasure allowed to Negroes: they are not permitted to keep either ducks or geese or pigs.”
A 1768 newspaper reported that on a plantation in Fairfax County, Virginia, "Carpenters all...went to sawing railing for a goose yard." 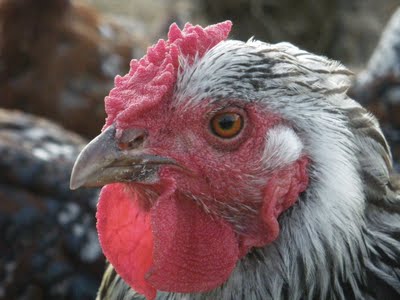 The rooster ruled the poultry yard.

An account in a 1772 Queen Anne's County, Maryland deed book noted the presence of"one new paled garden 150 by 100 in good repair with a paled yard between the dwelling house and garden in good repair." Women usually tended the poultry close to the house.
There was a poultry yard at George Washington's boyhood home, Ferry Farm, in the Northern Neck of Virginia about one mile below the falls of the Rappahannock River.  George Washington's 1771 survey of the "Home House" farm locates the fenced-in "hen yard," adjacent to the kitchen garden to the north of the house. 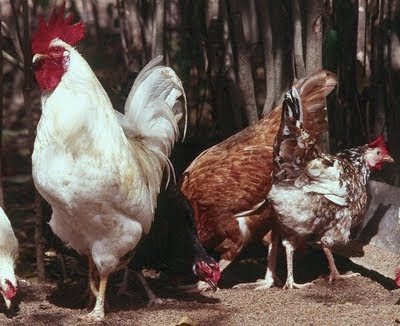 When Jacques Pierre Brissot de Warville visited Virginia in 1788, he reported "I hastened to arrive at Mount Vernon...In a spacious back-yardare turkies, geese, and other poultry." 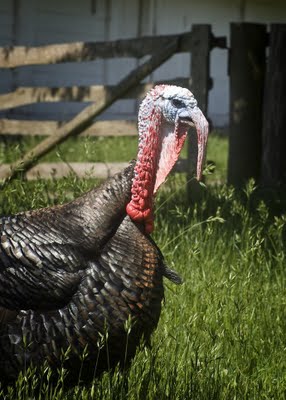