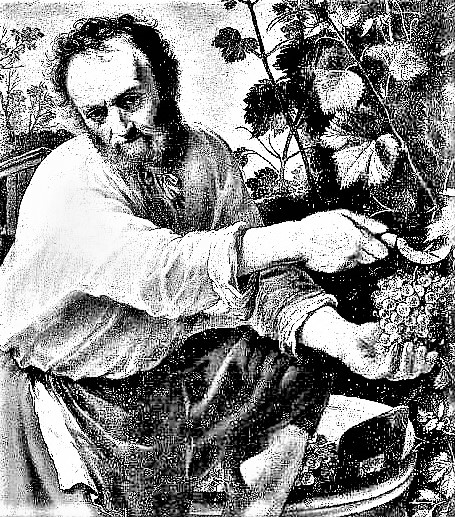 From Thomas Pinney. A History of Wine in America: From the Beginnings to Prohibition.

In 1685 a large migration of Protestants from France had taken place in response to the Revocation of the Edict of Nantes, whereby Louis XIV suddenly withdrew from the Huguenots the legal protection that they had secured a century earlier. Though the French government tried to prevent a Huguenot emigration, thousands left the country.

There was a general scramble among the proprietors & promoters of American colonies to attract these unlucky people, for they were intelligent, industrious, skilled, well-behaved, & right-thinking—the ideal colonists. Landlords in Virginia, the Carolinas, Pennsylvania, & Massachusetts all tried to put their attractions before various Huguenot communities. Virginia managed to secure some: as early as 1686 one Virginia promoter, with an eye upon the Huguenots, advertised his property in Stafford County as "naturally inclined to vines."

A Huguenot traveler, Durand de Dauphiné, visiting Stafford County, Virginia the next year, was much struck by the promising terrain & by the wild vines there; he made, he says, some "good" wine from the grapes, & recommended them for cultivation. His account was published in Europe in 1687, but it apparently did not succeed in attracting any Huguenots & did not lead to  winegrowing development in Stafford County.

In 1700 a large body of Huguenots arrived in Virginia under the special auspices of King William & settled on a 10,000-acre tract along the James River donated by the colony. Here, at Manakin Town (near present-day Richmond) they had succeeded by 1702 in making a "claret" from native grapes that was reported to be "pleasant, strong, & full body'd wine." 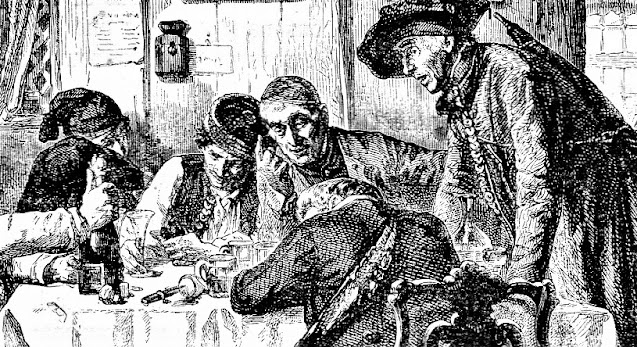 The information, recorded by the historian & viticulturist Virginian Robert Beverley, was evidence to him that the native vines needed only to be properly cultivated to become the source of excellent wine & evidently had much to do in starting him on his own experiments. The opinion of Beverley is confirmed by the Swiss traveler Louis Michel, who visited Manakin Town in 1702 & was impressed by the incredibly large vines growing there, from which, he wrote, the French "make fairly good wine, a beginning has been made to graft them, the prospects are fine."

The prospects soon changed for the worse: according to the Carolina historian John Lawson, the French at Manakin Town found themselves hemmed in by other colonists, who took up all the land around them, & so most of them departed for Carolina, where their minister assured Lawson that "their intent was to propagate vines, as far as their present circumstances would permit, provided they could get any slips of vines, that would do."

In Pennsylvania, the 1st winemaker whose name we know was the Huguenot Gabriel Rappel, whose "good claret" pleased William Penn in 1683; another of the earliest was Jacob Pellison, also a Huguenot, as was Andrew Doz, who planted & tended William Penn's vineyard of French vines at Lemon Hill on the Schuylkill.

Doz, naturalized in England in 1682, came over to Pennsylvania in that same year; Penn called him a "hot" man but honest. The vineyard, which was begun in 1683, stood on 200 acres of land & was described in 1684 by the German Pastorius as a "fine vineyard of French vines." "Its growth," Pastorius added, "is a pleasure to behold & brought into my reflections, as I looked upon it, the fifteenth chapter of John."

Two years later, another witness reported that "the Governours Vineyard goes on very well." In 1690 the property was patented to Doz himself for a rental of 100 vine cuttings payable annually to Penn as proprietor.

William Penn himself was particularly active in seeking to attract Huguenot emigrants to Pennsylvania, & used the prospect of viticulture as a recruiting inducement. His promotional tract of 1683, A Letter from William Penn . . . Containing a General Description of the Said Province , was translated into French & published at The Hague in order to reach the French Protestant community exiled in the Low Countries.

In his new province, Penn wrote, were "grapes of diverse sorts" that "only want skilful Vinerons to make good use of them." Penn's pamphlet, though written with an eye on prospective French colonists, is ostensibly addressed to the Free Society of Traders in Pennsylvania, incorporated by Penn in London; he concludes by telling this body that the great objects of the colony, the "Promotion of Wine" & the manufacture of linen, are likely to be best served by Frenchmen: "To that end, I would advise you to send for some thousands of plants out of France, with some Vinerons."

Penn's efforts at recruiting had good results. Many religious refugees made their way to the colony, Huguenots among them; but the French were soon assimilated into the general community rather than maintaining a separate identity. They may have undertaken viticulture at first, but their dispersal through the community meant that those who persisted at it did so as individuals. As Penn told the Board of Trade in 1697, in Pennsylvania "both Germans & French make wine yearly, white & red, but not in quantity for export."

The best known of Huguenot settlements in colonial America are those of New York, at New Paltz & New Rochelle, the one going back to the mid-17C, the other founded towards the end of it. In neither does there seem to have been any attempt at winegrowing, despite the likelihood of their sites & the practice of the neighboring colonies in Massachusetts & Rhode Island.