Plants to Food - 19C Women make Wine in the USA 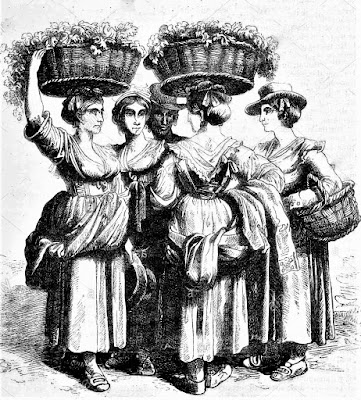 19C Women as Wine Manufacturers & Grape Growers.
About Ancient Wine Goddesses & 19C US Women Growing Grapes & Making Wine
Wayward Tendrils Quarterly (Vol 18, No. 2, April 2008)
Dr.  Liz Thach explains that usually left out of the history books are the ancient stories of the goddesses of wine – most who came into being centuries before Bacchus & Dionysus.
Modern technology & carbon-dating prove that wine from cultivated grapes was being made in what is now the modern-day nation of Georgia, in the Caucasus Mountains around 6,000 B.C. There are also reports of wine remains in Armenia, Turkey, Iraq, Iran & China which claim to be older than those found in Georgia. Regardless of the birthplace of wine, it is commonly agreed that because women were involved in the gathering of berries, grapes, & other crops that it was most likely a woman who picked some grapes & placed them in a pottery container in a cool dark corner were it fermented.
From Persia, there is an ancient legend documented in the Epic of Gilgamish that supports a woman discovering wine. She was a member of the harem in the palace of King Jamshid, & she suffered from severe migraine headaches. One day the king found that a jar containing his favorite grapes had a strange smell & was foaming. Alarmed he ordered that it be set aside as unsafe to eat. When the woman heard of this, she decided to drink from the container in an effort to end her life with the poison inside. Instead she found the taste of the beverage very delightful. Furthermore, it cured her headache & put her in a joyful mood. When she told King Jamshid, he tasted the “wine” as well & then ordered that more should be made & shared with the whole court.
In the Sumerian Empire in what is modern-day Iraq, the most ancient goddess of wine is 1st mentioned. Her name was Gestin & she was being worshiped as early as 3000 BC. Gestin, which translates as wine, vine, &/or grape, is also mentioned in the ancient Indus manuscript, the Rig Veda. Experts believe that it is quite reasonable that the first gods of wine were women, because the oldest deities were female agriculture goddesses of the earth & fertility.
Later, in 1500 BC, we find mention of another wine goddess, Paget, in the same part of the world. The clay tablets refer to her as working in the vineyard & helping to make wine. Then around 300 to 400 BC as wine became more prominent in Sumeria, a new wine goddess, Siduri, is described as living near the city of Ur. She is reported as welcoming the hero in the Epic of Gilgamish to a garden with the tree of life which is hung with ruby red fruit with tendrils. Siduri is referred to as the Maker of Wine.
Across the deserts in Egypt the wine goddess Renen-utet is mentioned on hieroglyphic tablets as blessing the wine as early as 1300 BC. She usually had a small shrine near the wine press & often her figure would appear on the spout where the grape juice flowed into the receiving tank. She is sometimes joined by Ernutet, the Egyptian goddess of plenty, in blessing the grape harvest.
What is intriguing about these early wine goddesses is how little is known about them today, whereas the male Gods Dionysus & Bacchus have much more coverage in the literature. The earliest records of Dionysus, the Greek wine god, show he appeared around 500BC in the Greek Islands, whereas Gestin dates from 3000 BC. However, the tales of Dionysus, as a child god who was born of a mortal woman & a god can be traced back 9000 years, but  do not include wine. Dionysus as a wine god came later. Indeed, another legend says that Dionysus came from the lands near Sumeria to the islands of Greece.  Bacchus, the Roman name for Dionysus, became known in the literature around 200 BC as the Greek Empire was fading. Other wine gods included Osiris from Egypt & I-Ti from China.
Why did most of these ancient connections between women & wine become lost in the history of time? Is it because the culture changed towards a more masculine image, which gave rise to the male wine gods? Is this why in the period of the Roman Empire, women were banned from drinking wine? Indeed, a husband who caught his wife drinking wine could legally kill her on the spot.
...Today in wine-drinking countries, women are the primary purchasers of wine. The connection between women & wine has always been there. See: The Ancient Connection between Women & Wine.  Wayward Tendrils Quarterly (Vol 18, No. 2, April 2008)
Centuries later in 1863, Virginia Panny wrote about American women wine workers. Many persons are becoming interested in the culture of the grape; & some are spending time & money in experimenting. Longworth of Cincinnati has realized a fortune from his operations. Relle Britain says: “In Longworth's cellars are 700,000 bottles of wine. Mr. L. informed her that we have in this country at least 5,000 varieties of the grape, & his vineyards yield from 600 to 700 gallons to the acre."

The color of wine depends on the color of the grapes from which it is made. In several of the States, Ohio, Iowa, Illinois, Missouri, & Alabama, vineyards are flourishing, & many new ones are being planted out. The variety of soil & surface in our country is such that there is every probability of success. As yet, only two kinds have been much grown.

No doubt a large number of women will, in the course of a few years, be employed in the cultivation of the vine & the manufacture of wine. One can soon learn, with a few instructions in each season, the proper culture of the vine. 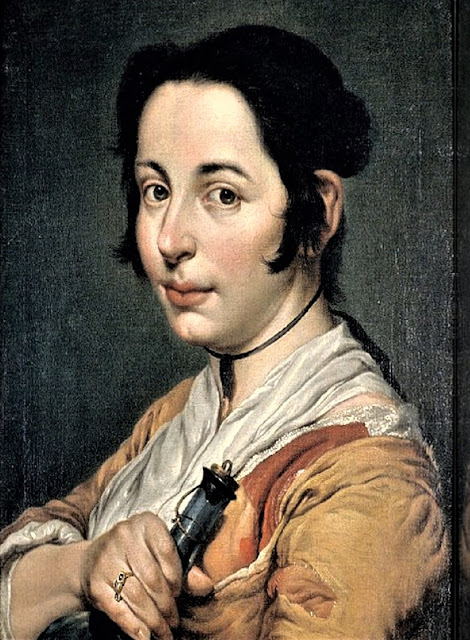 A great deal of the work in the vineyards of France & Switzerland is done by women. Women do better that men, because their fingers are smaller & more nimble.
The want of intelligent culture has been the greatest barrier in the introduction of graperies into our country; but such is the number of  foreigners now among us that have a practical knowledge of the business, we need fear no want of workmen. Many, too, have not been willing to invest capital in an uncertain enterprise.

Wine manufacturers in Orange county, N. Y., write: “We have not employed women to any great extent in our business. There are some branches of the business in which women might be suitably & profitably employed, where those branches are extensively carried on. The bottling process, including cleaning of bottles, filling, putting on foil, labels, &c., could be done by women as well as men. Women could pick the grapes, & cull out the green & poor berries, & prepare them for the press. They are employed for this purpose in Europe. The reasons why we have not employed women in these branches are, we bottle not more than one sixth of our wine; we manufacture principally for church communion & medicinal purposes, & the principal demand for those purposes is by the gallon-consequently we send it out mostly in casks. (Some wine growers bottle all.) The men, whom we necessarily employ by the year or month in the cultivation of the ground, vines, &c., are of course employed in the season of the vintage, bottling, &c.; & in hurried times, such as the time of picking the grapes, we get such additional help as is easiest obtained, generally boys & girls, with sometimes women. Women are in such demand here for household labor, that, unless sought for at the proper time, March & the 1st of April, & hired for the year, it would be almost impossible to obtain them. The wages generally paid are from $5 to $7 per month, mostly $5 & $6.”

Another grape grower writes, in answer to a circular: “I do not employ female help in my business, except for a few weeks during the time of tying up the vines & in gathering the fruit, for which I pay 50 cents per day, without board. Women might be employed to quite an extent in this business, which is increasing in the country to a wonderful degree."