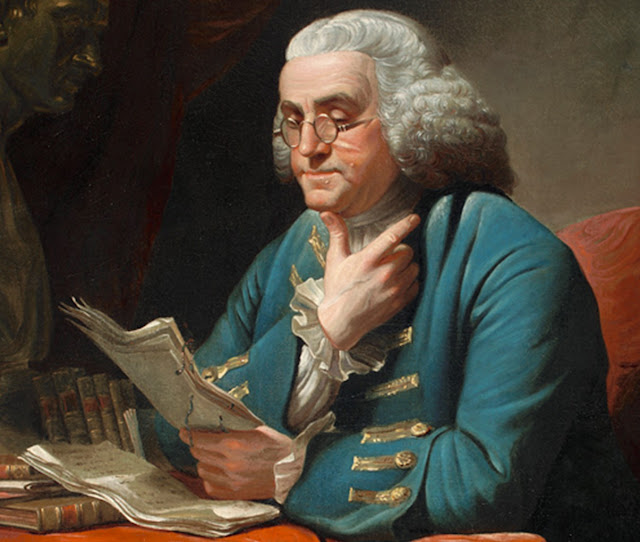 Benjamin Franklin by David Martin (1736-1798)
Cranberries were native & growing in North America as Europeans began to explore the continent in the 16C.  French explorer of Acadia (Maine & the Maritimes in Canada) Marc Lescarbot (c. 1570-1641) observed natives eating cranberry sauce with meats in the early 17C. He also came to the conclusion that cranberry jelly was excellent for dessert. "Everywhere there is life...wherever there is crack or cranny soil can gather in, with partridge-berry, blueberry, & mountain cranberry; penetrating the forest shade & profiting by the dense northern covering of leafy humus that it finds there..." Marc Lescarbot. Histoire de Nouvelle-France, 1609.
Long before colonists landed on the shores of New England, Native Americans harvested cranberries from peaty bogs & marshes. The Aquinnah Wampanoags still celebrate their most important holiday, Cranberry Day, on the 2nd Tuesday of October. Called sasemineash by the Narragansett and sassamenesh by the Algonquin & Wampanoag tribes, the tart berries were an important food source, as European colonists came to discover. "We proceeded to Cranberry Lake, so called from the great quantities of cranberries growing in the swamps … this was one inducement for settling here which was increased by the prospect of a plentiful supply of fish, rice and cranberries …" John Long in Voyages and Travels of an Indian Interpreter and Trader (London:1791)
Cranberries were among the favorite native American garden, farm, & bog foods enjoyed by Benjamin Franklin (1706-1790), author, publisher, scientist, inventor & diplomat. Franklin had his wife Deborah & their daughter, who remained in the British American colonies as he traveled across the Atlantic, ship him barrels of cranberries both to England & later to France.
Food historian Rae Katherine Eighmey writes of the nearly 2 decades Benjamin Franklin spent in London before the American Revolution. There he rented rooms from widow Mrs. Margaret Stevenson & her daughter Polly. They grew close to Franklin's wife Deborah & daughter Sally back home in Philadelphia. Goods were shipped back & forth across the Atlantic. Deborah sent her husband & the Stevensons Philadelphia biscuits, & barrels of apples & cranberries. The Stevenson's had never before tasted cranberries or experienced the tart richness of this native American fruit.

As agent for the British American colony of Pennsylvania, Franklin lobbied for colonial interests during his long London stay,  He met with politicians, scientists & philosophers with whom he had corresponded for years. He spent many evenings at social & scientific gatherings & dinners. His correspondence gives a glimpse of his affection for (or obsession with) America's cranberries. 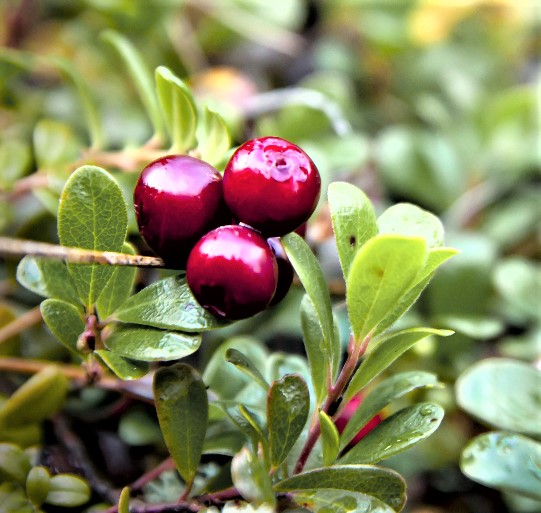 I have no Prospect of Returning till next Spring, so you will not expect me. But pray remember to make me as happy as you can, by sending some Pippins for my self and Friends, some of your small Hams, and some Cranberries. From Benjamin Franklin to Deborah Franklin, 10 June 1758. American Philosophical Society
I never receiv’d any Cranberry’s from Boston. From Benjamin Franklin to Deborah Franklin, [c. 7 April 1759] American Philosophical Society
I received your kind Letter per Capt. Story, of Nov. 19, and a subsequent one per Capt. Falkner without date. I have received also the Indian and Buckwheat Meal that they brought from you, with the Apples, Cranberries and Nuts, for all which I thank you. From Benjamin Franklin to Deborah Franklin, 13 February 1768 American Philosophical Society 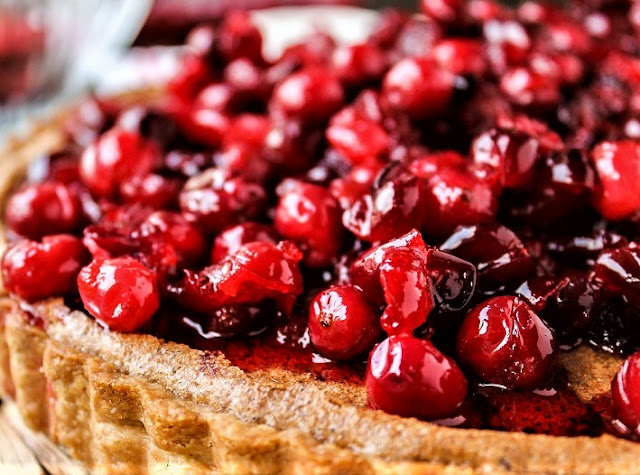 Thanks for the Cranberrys. I am as ever Your affectionate Husband B Franklin (Benjamin Franklin to wife Deborah, November 1770)
Franklin's Cash Accounts record that he purchased Fish and Cranberries from a "New Engld Vessell" in December of 1772, presumably for holiday entertaining. From The Papers of George Washington, Colonial Series, vol. 9, 8 January 1772 – 18 March 1774, ed. W. W. Abbot and Dorothy Twohig. Charlottesville: University Press of Virginia, 1994, 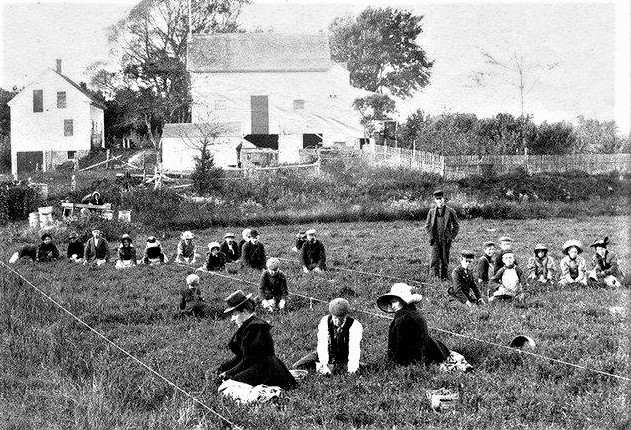 19C Picking Cranberries in Massachusetts
Capts. All, Osborne, and Sparkes, are arrived; and a Barrel of Apples with another of Cranberries are come, I know not yet by which of them. p.s. Have just opened the Apples and Cranberries, which I find in good order, all sound. Thanks for your kind Care in sending them.  Mrs Franklin From Benjamin Franklin to wife Deborah Franklin, 1 December 1772
I am much oblig’d by your ready Care in sending them, and thank you for the Cranberries, Meal, and dry’d Apples. The latter are the best I ever saw. Benjamin Franklin in London to William Franklin, 14 February 1773 from a Letterbook draft at the Library of Congress
Perhaps Franklin had learned to make his own favorite delicacy in all those years away from home.  I have lately received some Cranberrys from Boston … I will pick out enough to make you a few Cranberry Tarts”  (friend Jonathan Williams, Jr. to Benjamin Franklin, March 9, 1782. 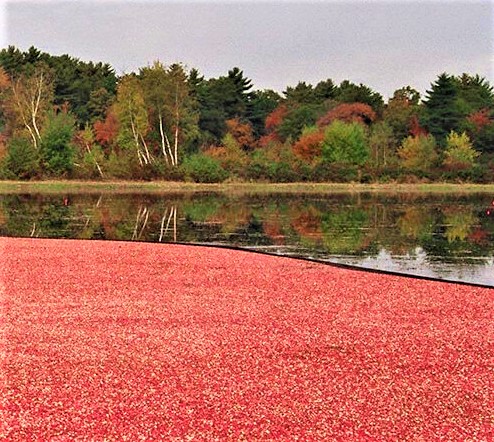