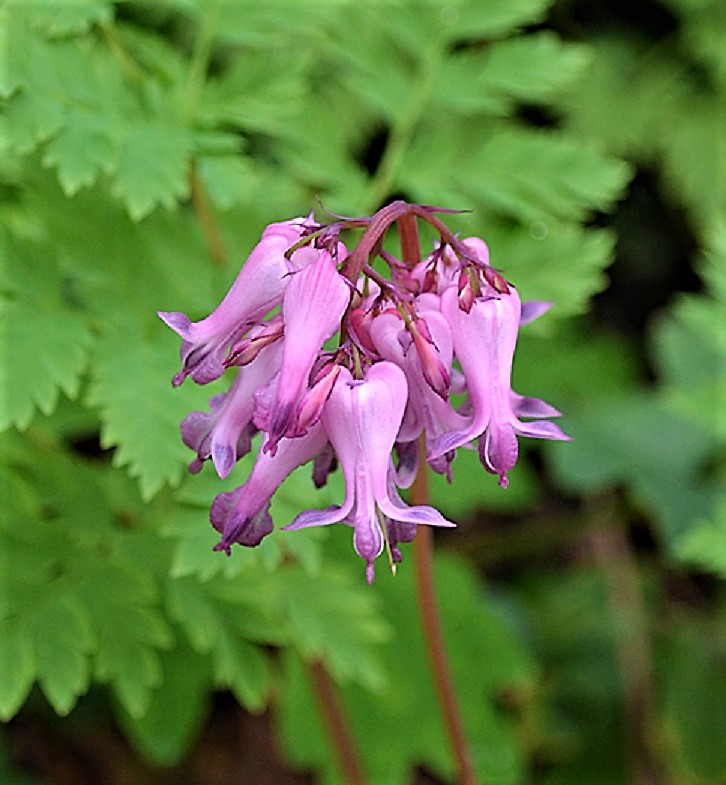 This wildflower is native to the mountainous regions of Eastern North America from New York to Georgia. It was being cultivated by Annapolis, Maryland artisan William Faris in 1793 and recommended for the flower garden in 1859 by Boston seedsman and garden writer Joseph Breck, author of The Flower Garden or Breck’s Book of Flowers, 1851. At the turn of the 20th century, British garden writer William Robinson noted that the Dicentra eximia “combines a fern-like grace with the flowering qualities of a good hardy perennial.” He considered the species useful in rock gardens, mixed flower borders or for naturalizing by woodland walks.