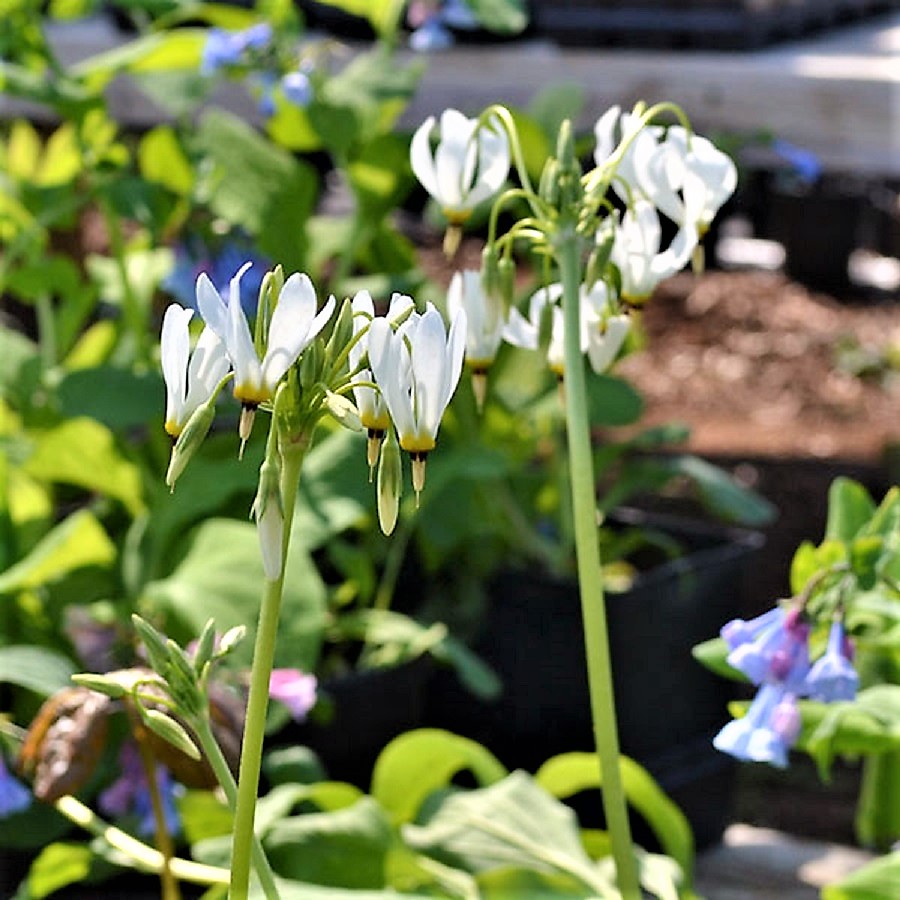 This showy native can be found in open woodland, prairies, meadows, and on rocky slopes in the eastern United States. Introduced into European gardens as early as 1704, Philadelphia nurseryman and explorer John Bartram described this species of Dodecatheon in 1783. The white version was offered, along with several in shades of purple, by Long Island’s Prince Nursery in 1857. Writing in Vick’s Monthly Magazine in 1878, E.S.S. commented: “The first impression on looking at them is that they are laughing at you.”
at 4:00 AM