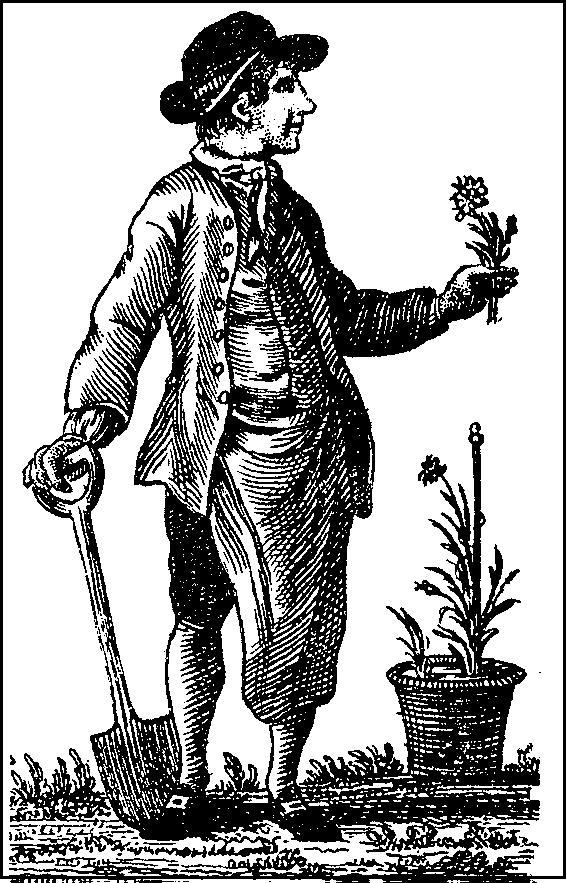 Historian Joel T. Fry tells us in the HALS Report for Bartram's Garden that Bartram’s Garden is the oldest surviving botanic garden in the United States.

John Bartram, the botanist, was the son of William Bartram (1674–1711) & grandson of John Bartram (1650−1697) of Ashborne, Derbyshire, England, a member of the Religious Society of Friends, who immigrated to Pennsylvania along with his wife Elizabeth, three young sons, & a daughter in 1683. They settled on a farm on the west bank of Darby Creek in Chester County Pennsylvania. This grandfather, John Bartram, had been imprisoned in England for his religious
beliefs.

Bartram, the botanist, grew up in the new Quaker community at Darby, just outside of Philadelphia. Young John Bartram was largely raised by his close relatives. His mother, Elizah Hunt Bartram (ca. 1676−1701), died only 2 years after he was born, leaving 2 surviving children, John & his brother James Bartram (1701−ca. 1765).

The father of Bartram, the botanist, William Bartram, remarried in 1707, & acquired 2 tracts of land at Bogue Sound, on the White Oak River in North Carolina. In 1710-1711, he began to settle in North Carolina with his new wife & her infant children, but not John & James who were apparently left behind in Pennsylvania. William Bartram was killed in North Carolina on September 22, 1711 during a Tuscarora Indian uprising on the White Oak River. His second wife & 2 children were taken hostage, although later released.

Botanist John Bartram, founded Bartram’s Garden in the autumn of 1728, when he purchased an improved farm of a little over 100 acres on the lower Schuylkill. Bartram, a third generation Pennsylvania Quaker, from nearby Darby, began the construction of a stone farmhouse soon after the purchase, whose initial manifestation was completed by 1731. Bartram probably first planted a kitchen garden at the site in 1729.

Bartram probably chose this favorable site with the intention of establishing a large garden, & the location remains well suited to the cultivation of plants today. The initial garden was probably laid out at six or seven acres, & expanded to as large as ten acres in succeeding generations. Additional space was set aside for an orchard, greenhouses & framing, & nursery beds, which totaled as much as twelve acres at the peak of the garden in the 1830s. John Bartram’s garden began as a personal garden, but grew to a systematic collection of native & exotic plants as Bartram devoted more time to exploration & discovery. Exchanges of plants & seeds from gardens in North America & abroad also fueled the collection. Although not the first botanic collection in North America, by the middle of the eighteenth century, Bartram’s Garden contained the most varied collection of North American plants in the world.

Around 1733, in an event important to the general history of horticulture & natural science, John Bartram introduced himself via letter to London merchant Peter Collinson (1694–1768), & the two began a lifelong correspondence. Collinson, a member of the Royal Society, & like Bartram a Quaker plus an enthusiastic gardener, became the middleman to a scientific trade in seeds, plants, & natural history specimens.

Plants from Bartram’s Philadelphia garden were exchanged with a range of botanists, gardeners, & nurserymen in London & throughout Europe. Collinson also arranged funding from patrons among the British elite, which allowed Bartram to leave his farm & go plant hunting. During his career John Bartram traveled widely throughout the British colonies in North America—plant collecting began in the Mid-Atlantic colonies of Pennsylvania, New Jersey, Delaware, & Maryland. In time, Bartram traveled north to New York & New England, & south to Virginia, the Carolinas, Georgia & Florida, exploring a region spanning from Lake Ontario in New York to the St. John’s River in Florida, & from the Atlantic coast to the Ohio valley.

The garden's evolution over time both reflected & fostered Bartram’s vital scientific achievements & important intellectual exchange. Although not the first botanic collection in North America, by the middle of the eighteenth century Bartram’s Garden contained the most varied collection of North American plants in the world, & placed John Bartram at the center of a lucrative business centered on the transatlantic transfer of plants.

Following his father’s lead, William became an important naturalist, artist, & author in his own right, & under his influence the garden became an educational center that aided in training a new generation of natural scientists & explorers. William’s Travels, published in 1791, chronicled his own exploration efforts & remains a milestone in American literature.

In 1850, financial difficulties led to the historic garden’s sale outside the family to Andrew M. Eastwick (1811–1879), who preserved it as a private park for his estate. Upon Eastwick’s 1879 death, a campaign to preserve the garden was organized by Thomas Meehan (1826–1901), in Philadelphia, with national assistance from Charles S. Sargent of the Arnold Arboretum in Boston, Massachusetts. In 1891, control of the site was turned over to the City of Philadelphia & it remains protected as a city park.
at 4:00 AM