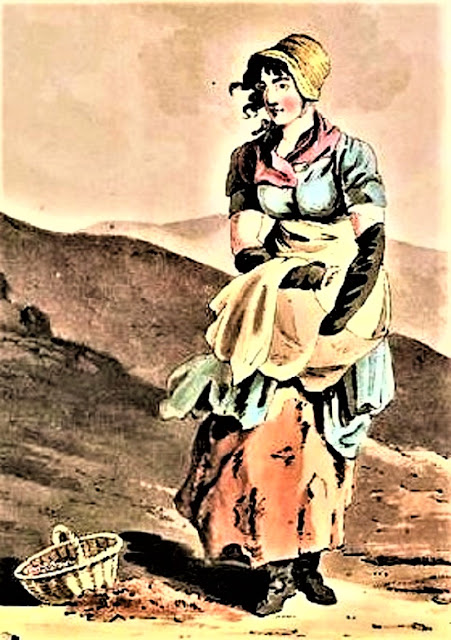 If American women would only turn their attention to the cultivation of fruits & flowers for market, instead of giving it up to ignorant foreigners, how much better it would be! A few hundred dollars would make a very handsome beginning; & those who do not have so much at their disposal, could their friends to advance it.

At Shrewsbury & Lebanon, much fruit is put up by the Shakers, & sent to New York for sale. Women might have orchards, raise fruit, & send it to market.

Mrs. D. owns a farm, & does not disdain to graft fruit trees, superintend their planting, gather fruit, send it to market, &c.; & she realizes a handsome profit. The grafting & budding of fruit trees might be done very well by women, & also the budding of ornamental shrubs.

“Miss S. B. Anthony,” says the Binghampton Republican , “resides at Roches ter, & supports herself by raising raspberries from land given to her by her father.” I have been told that on one acre of land near New York city a thousand dollars' worth of strawberries can be grown.

In New Jersey & Delaware, women are employed to gather berries for market. If a lady is within a few miles of town, & has facilities for raising & sending fruit to market, she will not be likely to fail in meeting with ready sale. Berries bring a good price in the markets of a city. In Cincinnati, from May 21st to June 1st, 1847, 5,463 bushels of strawberries were sold, & near St. Louis is a gentleman that has some hundreds of acres of strawberries in cultivation to assist in supplying the St. Louis market.

The drying of fruit affords employment, & generally well remunerates time so given, if carried on extensively.