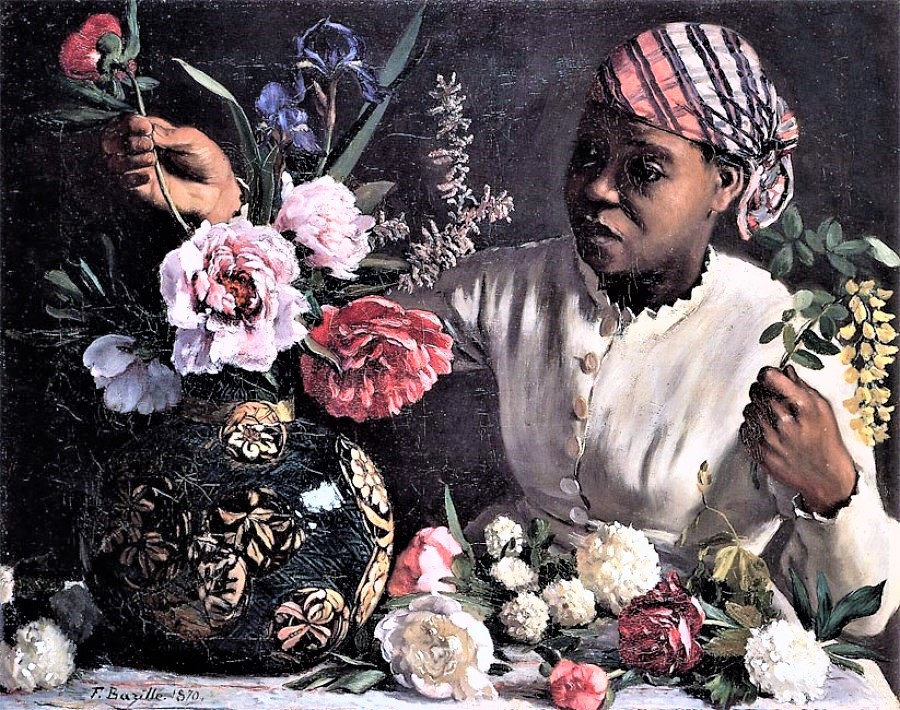 1863 American Women as Florists. The rearing of flowers has ever been a charming pastime to many of our sex. When the pleasure can be combined with profit, it is well. The cultivation of flowers is a taste whose beneficial results are not sufficiently appreciated. When the cares & troubles of life begin to press upon men & women, they are apt to neglect the cultivation of flowers, when it might absorb some of the cares that burden their hearts.

Vines, roses, & ornamental fruit trees cost but a small sum, & yet how much they add to the beauty & comfort of a place! Most of the choice roses of our country are from cuttings imported from France. They are brought over in jars. Many, of course, die on the voyage. The variety is very great.

The selling of roots, plants, & bouquets is quite remunerative in some places. Much depends on the knowledge & skill of the fiorist, the location of his gardens, & the fondness of the people in the community for flowers. It is a delightful business for a lady, if she has men to do the planting, digging, & other hard work. 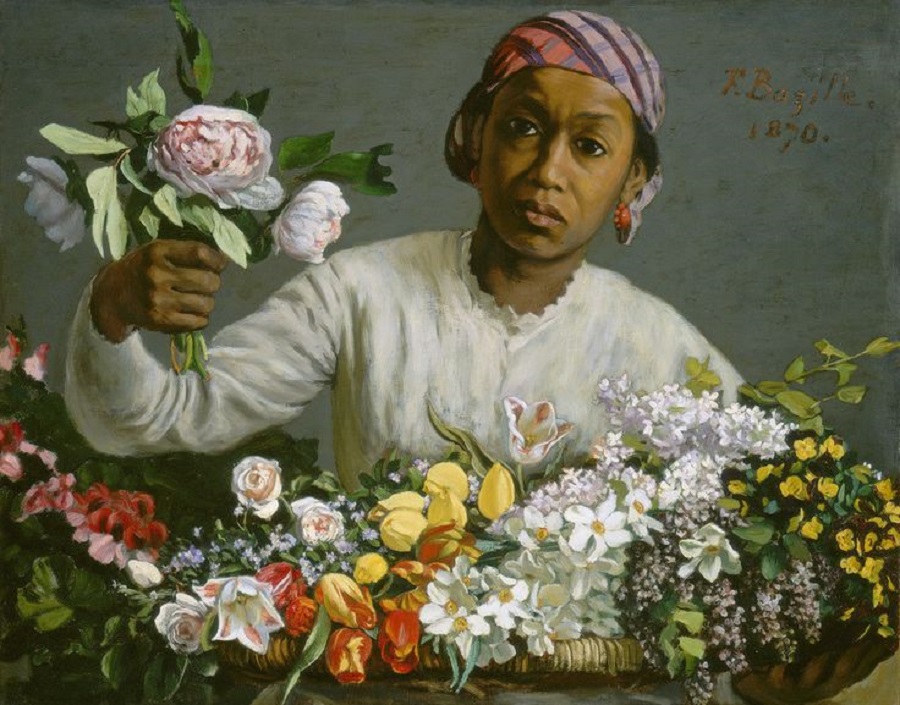 In Paris, there is a market devoted to the sale of flowers. In most of the markets of our large cities, are exposed for sale pot plants & bouquets, also shrubs & evergreens. A florist told me that he employs two women in winter to make up bouquets & wreaths for ladies going to evening & dinner parties, concerts, & other places of amusement. It requires taste & ingenuity. He pays each $5 per week. They can make up wreaths to look like artificial flowers.

A woman on Long Island makes a living by raising flowers that are sold in New York. I was told that some lady has established a horticultural school on Long Island. Florists in & near cemeteries are apt to find sale for flowers & plants. Hence it is common to observe gardens & hot houses so located. I rode out to a florist's near Brooklyn. He says the business is not so good as it was, because the Germans in Hoboken raise flowers & sell bouquets for sixpence that he could not sell for twentyfive cents. The man does not send bouquets to the city, as it does not pay. Their profits are mostly derived from the sale of choice fruit trees raised at Flushing. They sell bouquets at their hot houses from a shilling up to $5.

They derive most profit from flowers in winter. A florist's occupation is healthy, & affords much pleasure to one fond of flowers. Yet it requires close attention to business. In England it was formerly customary to serve a seven-years' apprenticeship at the business, but three or four years will answer very well, if an individual gives undivided attention to his business, & is with a superior florist. A knowledge of botany is necessary to a florist. It requires considerable taste to make up a bouquet, & therefore is very appropriate to women. A knowledge of colors & their artistic arrangement is essential; also a natural taste for flowers, & some patience. Making bouquets, wreaths, &c., is slow work. The stems of flowers for bouquets are cut very short, as most of the nutriment of the stem is lost to the succeeding ones by cutting long ones. Artificial stems are added to the natural ones, & are usually made of broom straw or ravelled matting.

Mrs. F., the wife of a florist, says the wives of most florists assist their husbands in making up bouquets, wreaths, & baskets. She thinks, if a florist had enough to do to employ a lady, he would pay her $3 or $4 a week. She, has often thought a small volume might be written on the flower business in New York. She says no one has an idea of the amount of money expended for flowers. Mr. D. used to send out $1,000 worth of flowers on New Year's morning. It is a very irregular employment. Some days she sells a great many for balls, parties, & funerals.

One might learn to make bouquets, if they have taste & judgment, by a few months' practice. The flowers that are sold at different seasons vary greatly, & the value of them depends much on their age. Mrs. F. has sold a few baskets of flowers at $50 apiece. She sells many flowers for Roman Catholic churches about Easter. Mrs. R. says florists prefer to have men, because they can work in the garden or green house when not cutting or putting up flowers.

The Germans have run the business down in New York. A florist named Flower writes: “We employ from two to four women tying buds, hoeing, weeding, &c.; in winter they help about grafting. They are paid fifty cents a day, of ten hours. Women so employed are German born. The employment is healthy. Men get seventyfive cents a day, as they can do more work; but the principal reason for employing women is, that we can hire them cheaper & like them better for light work. Women could do all parts of our business, if they had a fair chance with men, & would improve the chance. One year would give a general knowledge, but five would be better. A good, sound constitution, & industrious habits, are the best qualifications. Women that want such work can find plenty of it; but outdoor work is too hard for American women.” Another florist writes : “In Europe, where women are sometimes employed in fruit or vegetable gardens, their wages are usually about half a man's. Women (chiefly Germans) are employed in this country by farmers to pick fruit, vegetables, &c., by the quantity. At light work, done by contract, women, I believe, can make as much as men. Several years would be necessary to learn the business ; some branches of it might be learned in a few weeks. The requisite most needed for women to work in green houses, is a change of fashion. Their dress unfits them altogether for moving about in crowded plant houses. Were their dress similar to the men's, I see no reason why they would not be equally useful in other departments as well as this. If that should ever happen, they would, in my opinion, be worth as much as men; for the work is mostly light, & ladies, having a natural taste for flowers, would soon learn it. If you have gone through green houses, you cannot but know the difficulty of doing so without breaking everything. Men, at this kind of work, are not fully employed in winter.” A lady florist writes: “I sometimes  think my nervous excitability is to some extent caused by an excess of electricity, derived from the earth or flowers with which I work."