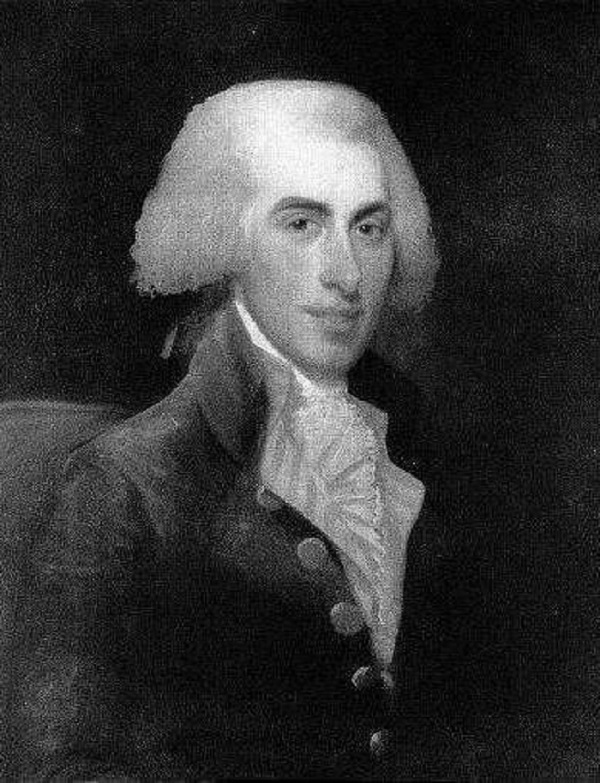 The Cultural Landscape Foundation tells us that Charles Bullfinch (1763-1844) was born in Boston, Massachusetts, Bulfinch was largely responsible for introducing the Adam style of architecture into the United States. He attended high school at Boston Latin School, studied Mathematics & Perspective at Harvard College from 1778 to 1781, & received a Master’s degree in 1784. The following year he embarked on a two-year tour of Europe, studying European buildings using an itinerary developed by Thomas Jefferson.

The first building Bulfinch designed was the Hollis Street Church in Boston (1788). Subsequent projects include several New England residences, the Connecticut State House in Hartford (1792-1796) (now the city hall), the Massachusetts State House (1795-1798), an addition to Faneuil Hall which doubled its width & added a third story (1805-1806), University Hall in Harvard Yard at Harvard University (1813), & a classical-style capitol building for Maine (1828-1831), as well as a site plan for its immediate grounds (1838).

He was appointed the Third Architect of the Capitol in 1818, a position he held until the office was abolished in 1829 upon the completion of the Capitol. During his tenure, Bulfinch continued the restoration of the two wings, which reopened in 1819; designed the domed center building, overseeing its construction from 1818 to 1826; & planned the Capitol Grounds & original west terraces.

After its completion he retired to Boston. From 1791 to 1795 & 1799 to 1817, Bulfinch was a member of the Boston Board of Selectmen, directing the improvement of the local street system & of Boston Common & its surroundings. Bulfinch died in Boston at the age of 80.