Holding on to The Sweet Divine - The Lord God took man & put him in the Garden of Eden to work it & to keep it. Genesis 2:15

This article deals with the bones of an 18C garden which has been taken over by The Sweet Divine - a  triumph of man's design over-run by Nature's glory.

Thomas Drayton and his wife Ann arrived from Barbados to the new English colony of Charles Towne and established Magnolia Plantation along the Ashley River in 1676. Thomas and Ann were the first in a direct line of Magnolia family ownership that has lasted more than 300 years and continues to this day. 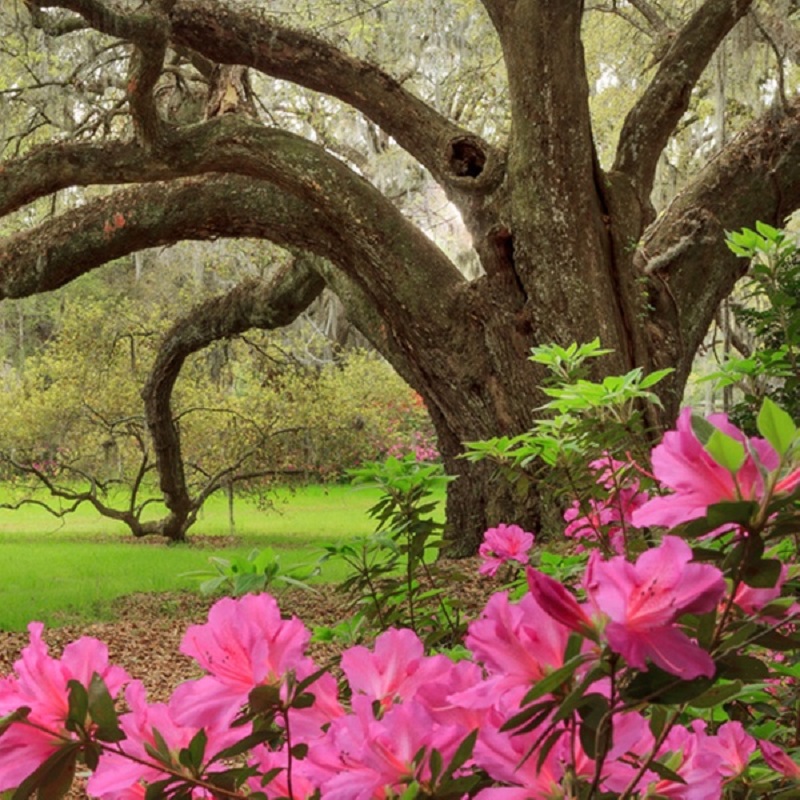 Magnolia Plantation saw immense wealth and growth through the cultivation of rice during the Colonial era. Later, British and American troops would occupy its grounds during the American Revolution, while the Drayton sons would become both statesmen and soldiers fighting against British rule.  The establishment of the early gardens at Magnolia Plantation in the late 17th century would see an explosion of beauty and expansion throughout the 18th century, but it was not until the early 19th century did the gardens at Magnolia truly begin to expand on a grand scale. 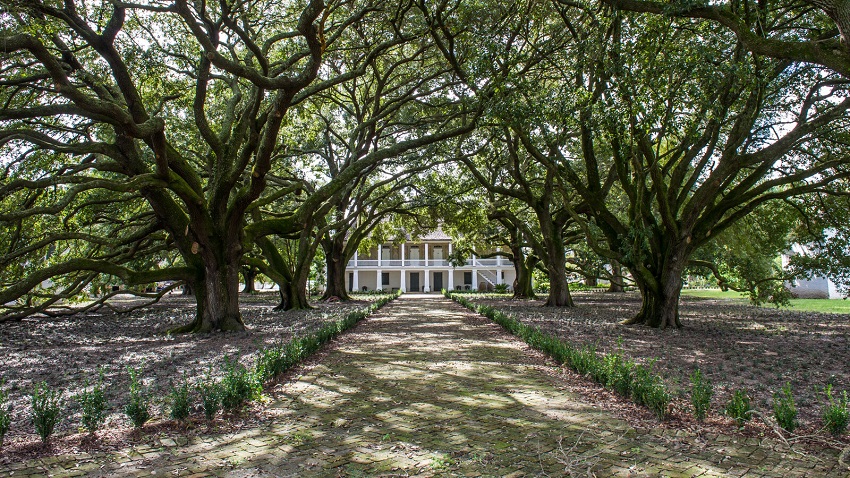 Upon his death in 1825, Thomas Drayton, the great grandson of Magnolia's first Drayton, willed the estate successively to his daughter's sons, Thomas and John Grimké. As he had no male heirs to leave it to, he made the condition in the will that they assume their mother's maiden name of Drayton. Some time later, while in England preparing for the ministry, young John Grimké Drayton received word that his older brother Thomas had died on the steps of the plantation house of a gunshot wound received while riding down the oak avenue during a deer hunt. Thus, having expected to inherit little or nothing as a second son, young John found himself a wealthy plantation owner at the age of 22. 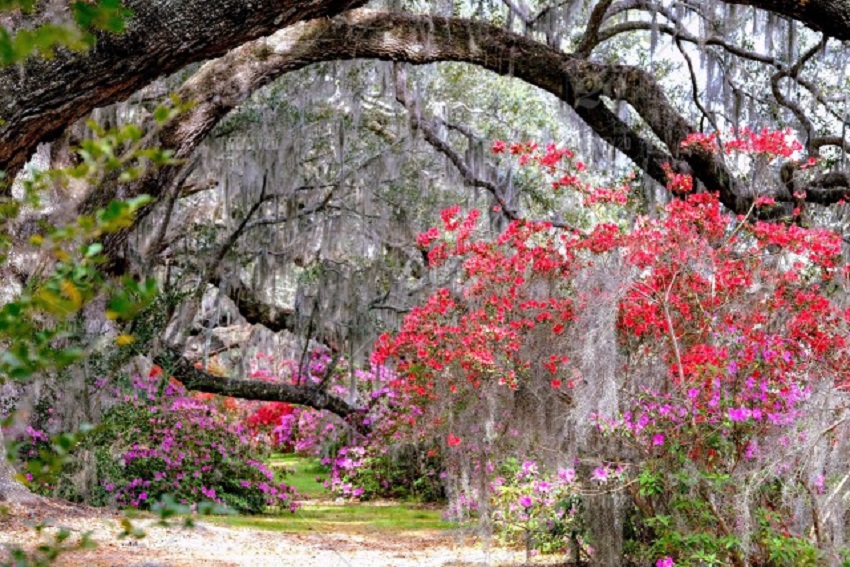 Despite the prestige and wealth inherent in ownership of Magnolia and other plantations, he resolved still to pursue his ministerial career; and in 1838 he entered the Episcopal seminary in New York. While there, he fell in love with, and married, Julia Ewing, daughter of a prominent Philadelphia attorney. Returning to Charleston with his bride, he strove to complete his clerical studies while bearing the burden of managing his large estate. The pressure took its toll, and his fatigue resulted in tuberculosis. His own cure for the illness was working outside in the gardens he loved. He also wanted to create a series of romantic gardens for his wife to make her feel more at home in the South Carolina Lowcountry. A few years later, as though by a miracle, his health returned, allowing him to enter the ministry as rector of nearby Saint Andrews Church, which had served plantation owners since 1706 and still stands just two miles down the highway towards Charleston. But until his death a half-century later, along with his ministry, Rev. Drayton continued to devote himself to the enhancement of the plantation garden, expressing his desire to a fellow minister in Philadelphia, "...to create an earthly paradise in which my dear Julia may forever forget Philadelphia and her desire to return there." 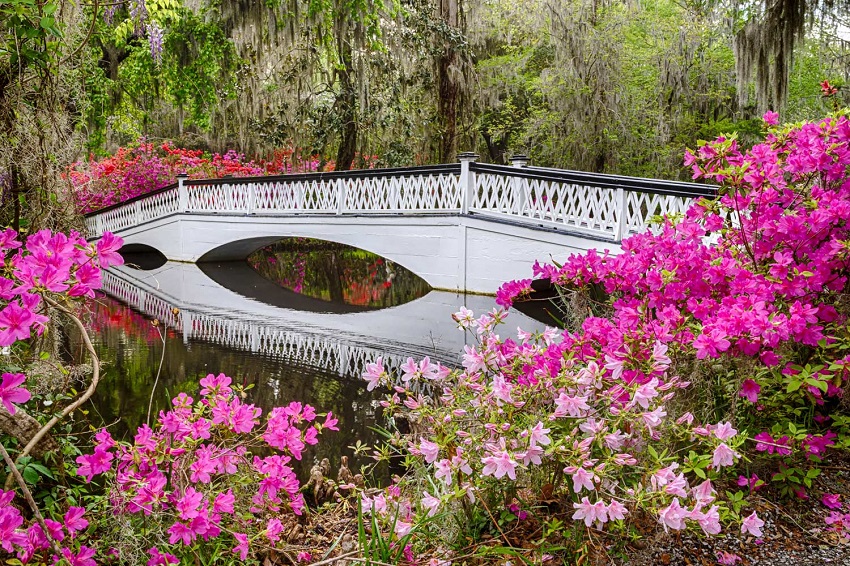 In tune with the changes he had seen taking place in English gardening away from the very formal design earlier borrowed from the French, John Grimké Drayton moved towards greater emphasis on embellishing the soft natural beauty of the site. More than anyone else he can be credited with the internationally acclaimed informal beauty of the garden today. He introduced the first azaleas to America, and he was among the first to utilize Camellia Japonica in an outdoor setting. A great deal of Magnolia's horticultural fame today is based on the large and varied collection of varieties of these two species–not the abundant and lovely Southern Magnolia for which the plantation just happened to have been named. 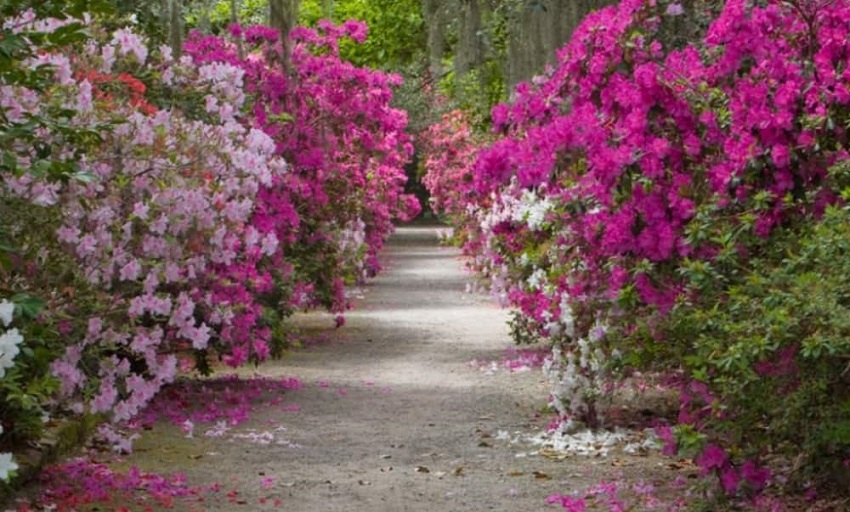 The outbreak of the American Civil War would threaten the welfare of the family, the house, and the gardens themselves. But the plantation would recover from the war to see additional growth of the gardens as they became the focus of the plantation over agriculture when the gardens opened to the public for the first time in 1870 and saved the plantation from ruin.
Please click on the publication website in the title above for more information.
at 4:00 AM