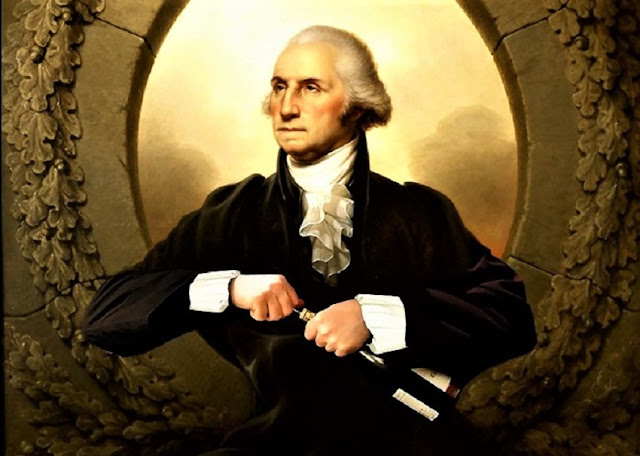 A fortified wine produced on the Portuguese island of Madeira in the eastern Atlantic, madeira in the 18C was common in Britain & particularly popular in the American colonies. George Washington had an affinity for this particular imported wine.

The first order for Madeira in George Washington's correspondence dates to the spring of 1759, when he asked his London agent, Robert Cary & Company to "Order from the best House in Madeira a Pipe of the best old Wine, & let it be Securd from Pilferers."1 A pipe held approximately 126 gallons of wine.2 About a year later, Washington transported a pipe of wine to Mount Vernon from Alexandria, "wch. Captn. McKee brought from Madeira," along with "a chest of Lemons & some other trifles."3

Three years later, in the spring of 1763, Washington notified Cary & Company that he would be writing directly to the island firm of John & James Searles for a pipe of Madeira wine, & that they, in turn, would be contacting Cary for payment.4 In his letter to the Searles, Washington specifically asked for "a rich oily Wine," & asked that, "if the present vintage shoud not be good, to have it of the last, or in short of any other which you can recommend."5

Washington's orders for Madeira continued throughout his lifetime. He purchased a second pipe from John Searles in 1764, even though he admitted that he still had not yet tapped into the first one. Two years later, Washington switched suppliers & requested similar or larger quantities from the firm of Scott, Pringle, Cheape & Company. By 1768, Washington had not gotten around to drinking the 1766 order, but still asked that an additional 150 gallons be sent.6 In the last orders prior to the American Revolution, Washington sent flour from Mount Vernon directly to Madeira instead of having his English agent pay the island firms & received wine & other products from the islands in exchange.7

Significant amounts of Madeira continued to be purchased for the Washington household both after the war & during the presidency. Two pipes of Madeira were received for the presidential household in Philadelphia in August of 1793 & paid for in January of the following year. Another two pipes of the same wine arrived in May of 1794 & an equal amount again in July & November of the same year.8

When Washington made a trip to tour western lands in the fall of 1784, he carried along in his "equipage Trunk & the Canteens" three types of alcoholic beverages, two of which were Portuguese wines-Madeira & port.9 During the last year of Washington's life, an English visitor at Mount Vernon recorded that both port & Madeira were served during the fruit & nut course at dinner. A Polish nobleman noted that when there were houseguests at Mount Vernon, Washington "loves to chat after dinner with a glass of Madeira in his hand."10 Washington's step-granddaughter Nelly later recalled, "After dinner" Washington "drank 3 glasses of madeira."11

2. For the measurement of a pipe of wine, see Marion Nicholl Rawson, "Old Weights and Measures," Antiques (January 1938), 18.