When Issac Weld toured North America at the end of the 18th-century, he recorded Indians using gourds in some of their rituals and ceremonies. (Travels through the States of North America, 1797): “Of Indian dances in Canada: the two others marked time equally with the drum, with kettles formed or dried squashes or gourds filled with pease.” 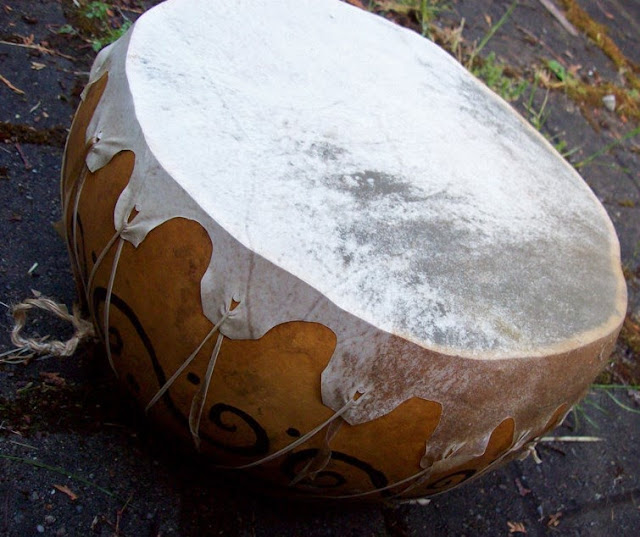