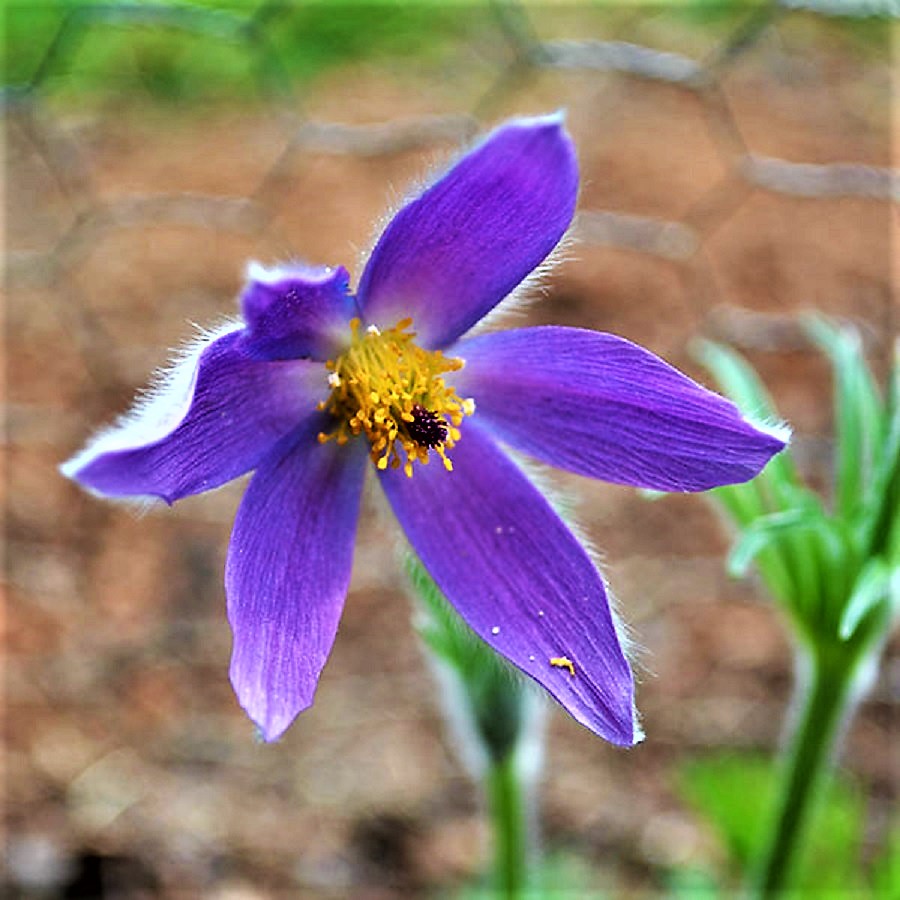 This delicate perennial is native to Great Britain, western France to the Ukraine, and was brought into American gardens during the 17th century. In 1771 Thomas Jefferson included Pasque Flower as a desirable plant in his plans for “The Open Ground on the West—a shrubbery” at Monticello. On April 8, 1811 he planted “Anemone pulsatilla. belle plante vivace.” in a southwest oval flower bed near the west portico of Monticello. Jefferson likely received seed from Philadelphia nurseryman Bernard McMahon, who listed Anemone pulsatilla as early as 1805.