The Hedge as a Fence

Early Americans planted hedges, plantings of bushes or woody plants in a row, to act as defensive fences, decorative garden dividers, or windbreaks.

As colonial British America was just being settled, Francis Bacon (1561-1626), English philosopher, statesman, scientist, lawyer, jurist, & author, wrote of the more formal garden hedges of the 17th century in his 1625 Essayes or Counsels, Civill and Morall in the essay entitled Of Gardens. "The Garden is best to be square, encompassed on all the four sides with a stately arched hedge; the arches to be upon pillars of carpenter's work, of some ten foot high, and six foot broad, and the spaces between of the same dimension with the breadth of the arch.

"Over the arches let there be an entire hedge of some four foot high, framed also upon carpenter's work; and upon the upper hedge, over every arch, a little turret, with a belly enough to receive a cage of birds: and over every space between the arches some other little figure, with broad plates of round coloured glass gilt, for the sun to play upon: but this hedge I intend to be raised upon a bank, not steep, but gently slope, of some six foot, set all with flowers.

"Also I understand, that this square of the Garden should not be the whole breadth of the ground, but to leave on either side ground enough for diversity of side alleys, unto which the two covert alleys of the Green may deliver you; but there must be no alleys with hedges at either end of this great enclosure; not at the hither ends for letting your prospect upon this fair hedge from the Green; nor at the farther end, for letting your prospect from the hedge through the arches upon the Heath."

In 1705, "An act for prevention of trespasses by unruly horses, cattle, hogs, sheep, and goats" passed by the General Assembly of Virginia. It stated that "an hedge two foot high, upon a ditch of three foot deep and three foot broad" was "so close that none of the creatures aforesaid can creep through."

The South Carolina Gazette advertised a garden in a house-for-sale ad in 1749, "genteely laid out in walks and alleys, with cassini and other hedges."

At Riversdale inPrince George County, Maryland, Rosalie Steir Calvert wrote he father in 1805, "We are...going to surround" the orchard "with a hedge."

New Yorker John Nicholson emphasized the practical use of hedges in early America as fences in The Farmer's Assistant in 1820, "For making these, different sorts of trees have been used, and the hedges have been made in different ways. Some have prefered planting the hedge on the top of a bank, thrown up for the purpose; while the more modern method is, to plant it on the surface, without any bank. 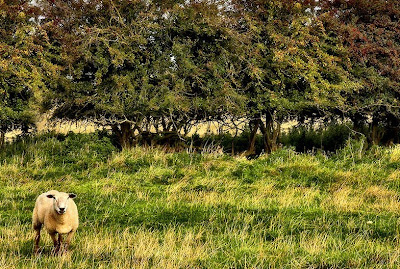 "This latter method is the cheapest, and, as is observed by Mr. Pickering, of Massachusetts, would seem to be the only proper method, in some hilly situations...

"In level lands, however, a hedge set on a bank, properly made, would seem to be most formidable to cattle; but the bank we should prefer would be one raised between two small ditches... 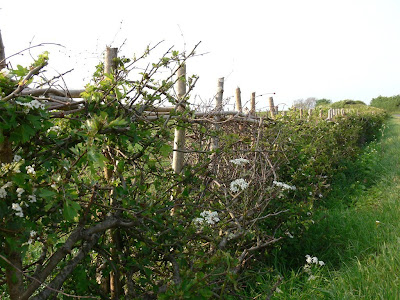 "We have, at the same time, no doubt that a good hedge may eventually be made, in dry level lands, without the aid of a bank...

"We have seen the Washington-thorn (crataegus cordata) planted in Maryland, without any bank, on uplands; some of which were sufficiently dry...the thorn...requires a bed of moderately dry earth... 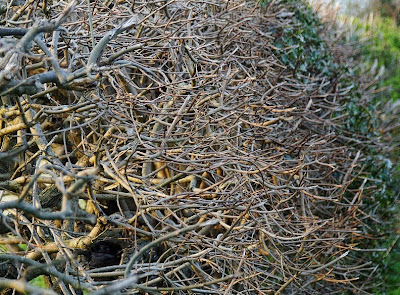 "Where hedges are to be made of this tree, without being set in a bank, we should advise to the method pursued by Mr. Quincy, of >Massachusetts, which is, first, to cultivate the ground, intended for bearing the hedge, with potatoes; having it properly manured, and kept clear of weeds...

"When the plants of thorn are about 2 feet high, they should be set out in a single row...at the distance of about eight inches apart, and beded in good mould. 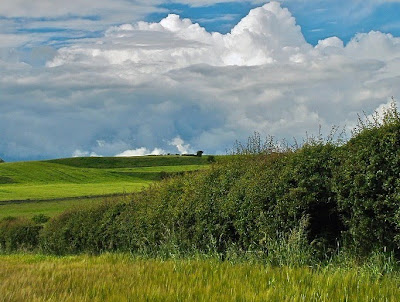 "Mr. Miller (Philip Miller) directs that, before transplanting, they should be cut off at the height of about 8 inches from the ground; and that, after having had a years growth, they should be headed down, similar to the manner directed by Mr. Forsyth (William Forsyth).

"Which operation will produce a stronger and thicker growth...when they get to about the height of 6 or 7 feet, or less where they grow on a bank, the tops are to be cut down to an uniform height, and the trees to be trimed, and then plashed. 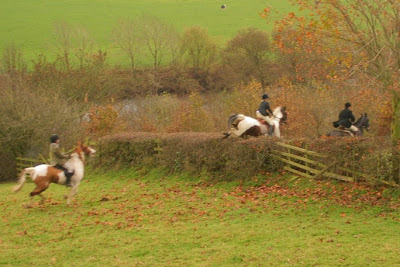 "In the plashed state...the young trees, after having been headed down, as before mentioned, are supposed to send out at least two sprouts from each tree, which number, and no more, are to be trained up, the rest being cut away. Of the shoots thus trained, every 4th one is to be left standing erect, and the others are to be bent downward...and wove alternately on each side of the upright shoots, in the manner of weaving threads in making common cloth...

"The failure of one or two trees in a place produces a chasm in the fence; and this at first is only to be obviated by some temporary method of filling up the gap; as it must at least require time to make any after-growth supply the place of trees which may be missing. 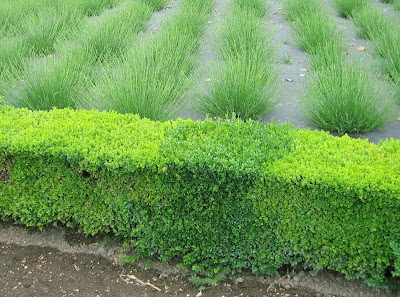 "With all the imperfections, however, to which hedges may be liable, we consider them a much safer protection to the growing crop, and...less expensive, than the wooden fences which at present are commonly made in this Country.

"Instead of plashing the hedge, a substitute is recommended by Mr. Main, of Georgetown, which he has found effectual. This is to cut or trim the top of the hedge down to an even height, of about 3 and a half, or 4 feet, and then to lay thereon light durable poles, tied together at the ends; and presently the new shoots will start up on each side of the poles, and thus hold them to their places...the young hedge soon becomes enabled to withstand the attempt if any creature to push its way through... 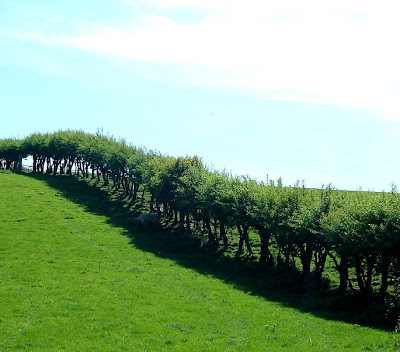 "The Palmetto Royal ( Yucca Aloefolia) is said to make the best hedge that is known; but it will not endure the severity of the Winters of the more northerly States. It is well adapted to the more southerly part of this Country.

"Mr. Kirk, of Pennsylvania, particularly recommends his method of making hedges. He makes them of the common Locust. He merely makes a furrow, with the plough run once or twice each way, to serve as the bed for the young trees. These are to be of 2 years growth when set out in the furrow; they are to stand at the distance of about 11 inches from each other, and they are to be set leaning, or slanting, alternately in opposite directions, in order to be plashed or wove together, and tied in that position... 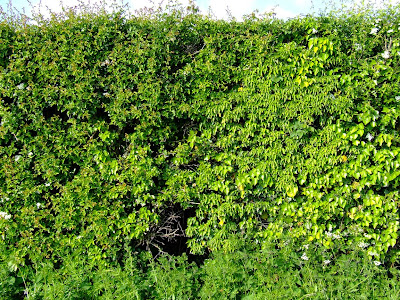 "In 4 or 5 years, Mr. Kirk says, the young hedge, when thus made, will form a sufficient fence; and as the shade of locust is not injurious to the growth of the adjoining grain, and is even beneficial to that of grass, the hedge may be suffered to grow up as high as it will.

"In about 30 years after planting, it will reach the full meridian of its growth; when the whole may be cut down, at the height ot about 5 feet from the ground, and then the stumps, thus left, will stand and serve as an impenetrable fence for as much as 15 years more; giving about 40 years as the length of time which that growth of locust will serve the purpose of a fence.
"Mr. Kirk says that, on cuting the locust down, a new growth of sprouts will start up in abundance; from which sufficient may be selected for training up a new hedge, to supply the place of the stumps when they shall have failed...

"The culture of locust, for hedges, we should be disposed to place this tree in the first rank...It forms a timber of the first rate for every use, where hardness, durability, and strength are required: It is also rapid in its growth, and excellent for fuel... 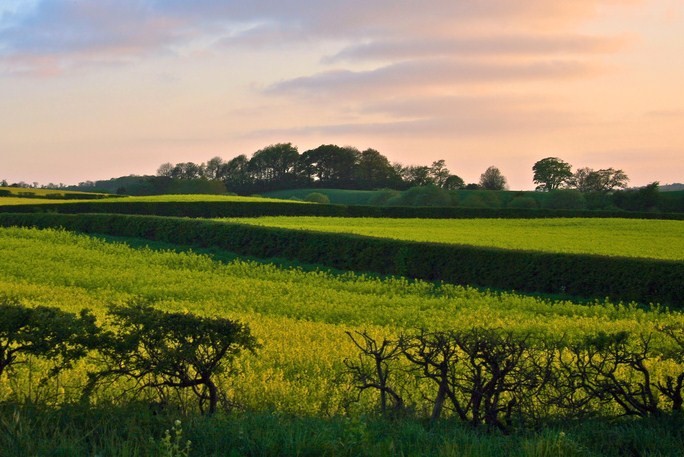 "Mr. Taylor, of Caroline, Virginia, makes his hedges of cedar; and he says that, in 7 years, a hedge made of this tree becomes as close, from bottom to top, as box, of a breadth not exceeding tour feet; and that it is more likely to prove effectual against Hogs, than any of the family of shrubs, as it unites great density...

"The boughs of this tree, being pliant, are easily wove between the bodies of the trees, without any bending of them, for the purpose of plashing... 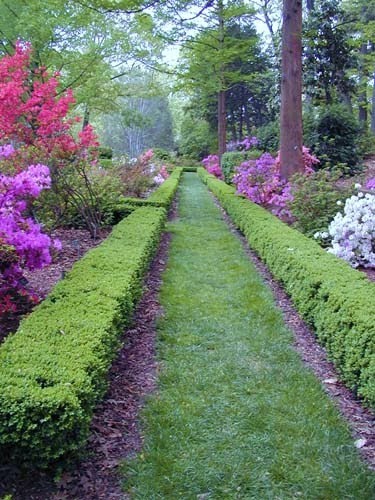 "Mr. Peters, of Pennsylvania, thinks that, in point of elegance at least, the common hemlock (Pinua Abies Ccmadenais) is entitled to a preference to cedar...

"M. De La Bigarre recommends the white-mulberry for hedges, particularly on account of the value of the leaves of this tree for feeding silkworms."
at 4:00 AM