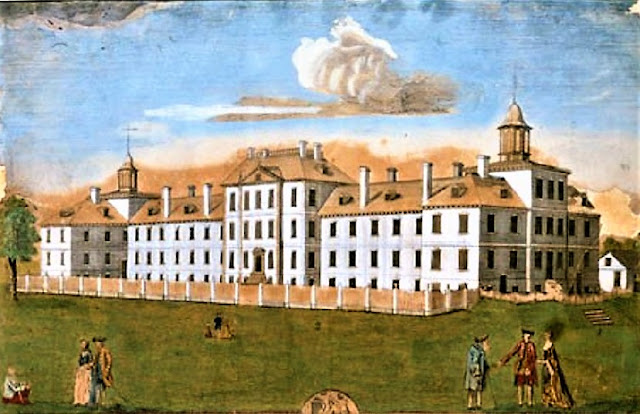 Founded in 1751, Pennsylvania Hospital was the 1st hospital opened in Britain's North American colonies, and the preeminent hospital of the early Republic. The east wing was constructed in 1755. The west wing and center pavilion were constructed between 1794 and 1805. 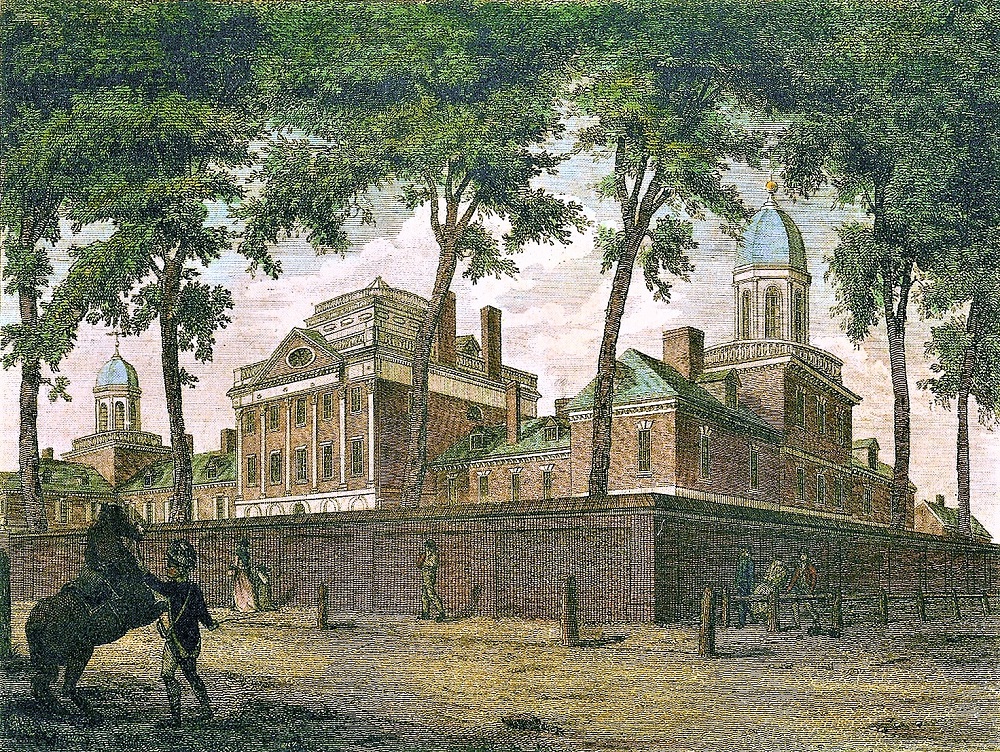 Pennsylvania Hospital Drawn, Engraved & Published by W. Birch & Son in 1799
Peter Kalm wrote of New York City, "In addition to the hospital...there is another farther up Broadway... There is a yard where patients are allowed to walk, and plans call for planting trees in it." The hospital in Philadelphia also had a walled yard planted with trees and criss crossed with walks for its patients and their visitors to walk in. 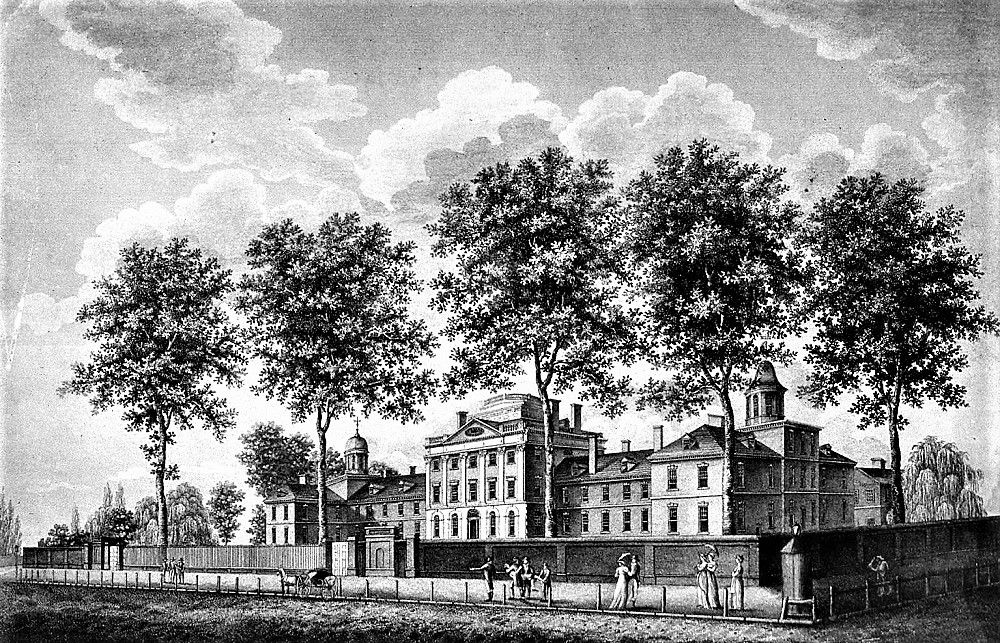 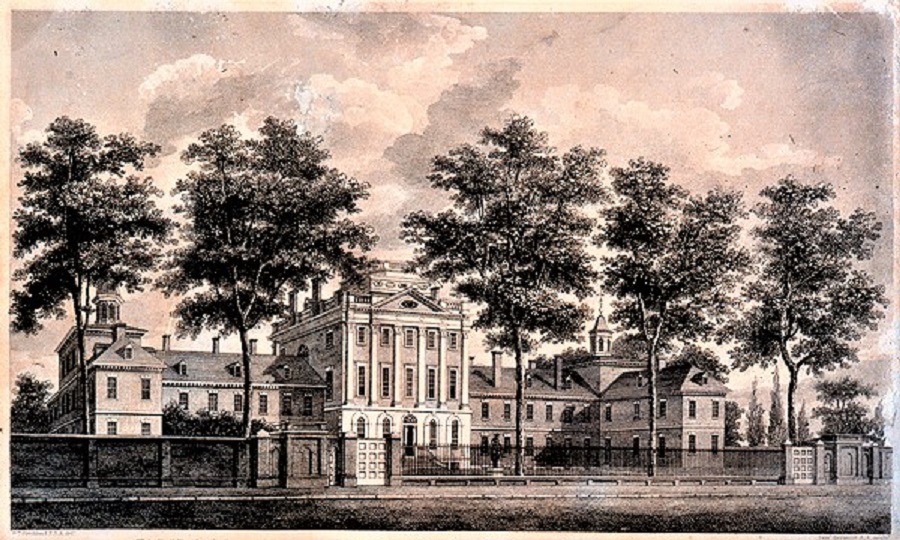 1817 William Strickland (1787-1854). The South Front of the Philadelphia Hospital with Brick-Walled Yards 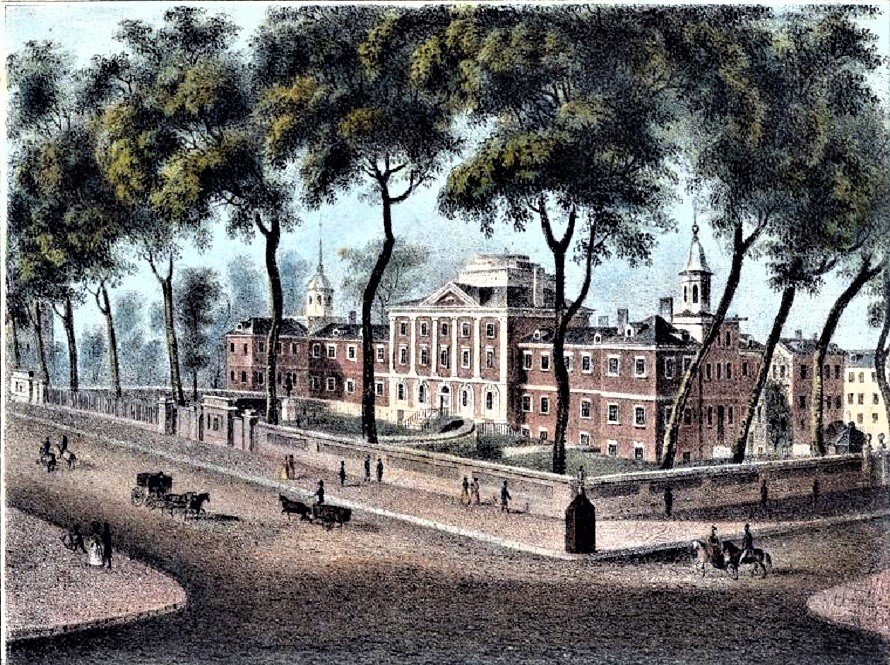