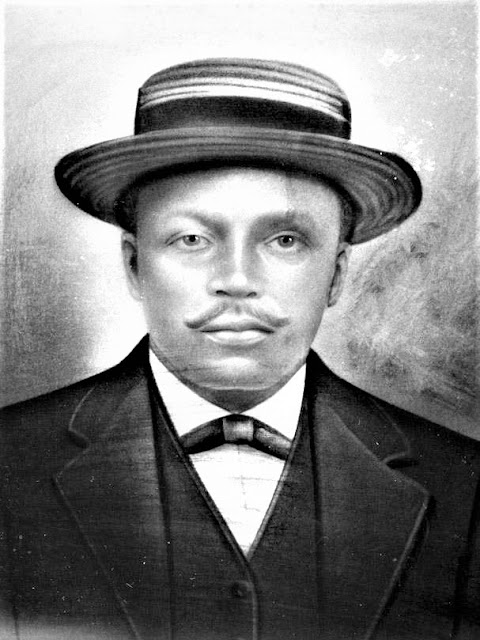 Wormley Hughes (1781-1858) was born at Monticello in March 1781, the son of Betty Brown and a grandson of Elizabeth Hemings.  He was a skilled gardener and was instrumental in many of the landscaping changes at Monticello and Jefferson’s surrounding properties. He was married to Ursula Granger Hughes, an enslaved cook at Monticello, and they had thirteen children together. He obtained informal freedom from the Jefferson family after Jefferson’s death.

From the age of thirteen (1794) until at least 1809, the young Hughes worked in the nailery. He also worked in the house, although his precise duties are not known. Biographer Henry S. Randall referred to him as a "door-yard servant."

Hughes was the principal gardener at Monticello, probably trained by Robert Bailey, the Scottish gardener who worked at Monticello from 1794 through 1796. References to Hughes's gardening activities are frequent in Thomas Jefferson's records: he planted seeds, bulbs, and trees sent back from Washington; prepared and planted flower beds, and took up bulbs for the winter; and spread dung in the vegetable garden. Jefferson's granddaughter Ellen remembered that Hughes, "armed with spade and hoe," assisted Jefferson in laying out the Monticello flower beds. He also dug the ha-ha (a type of sunken fence) and cleared several roads on the mountaintop. In 1801, Hughes blasted rock for the construction of the Shadwell canal.

In addition to his work in the gardens, Hughes apparently succeeded Jupiter as hostler in the Monticello stables, with responsibility for the care of the horses and stable equipment. His love of horses was recorded by Randall. During Jefferson's retirement years, Hughes often drove a carriage or cart, taking Jefferson's sister Anna to and from Monticello or transporting valuable goods. In 1810, when Hughes drove Jefferson's young grandson home from Monticello to Eppington, Jefferson wrote that "I shall dispatch Francis tomorrow morning in the care of one of the most trusty servants I have." Other references in letters indicate that he was always accorded a high level of trust.

Hughes was married to Ursula Granger (b. 1787), daughter of Bagwell and Minerva Granger and niece of Isaac Granger Jefferson. She was also the granddaughter of George and Ursula Granger, the “King” and “Queen” of Monticello. George Granger had been the only black foreman at Monticello and Ursula Granger had been Martha Jefferson Randolph’s wetnurse and the head cook before James Hemings took charge of the kitchens.  Hughes and his wife had thirteen known children. Ursula Granger Hughes was both a enslaved farm laborer and a cook; she had received a year of training with French chef Honoré Julien at the President's House in Washington, during which time she had given birth to the first child born at the White House.

Hughes dug the grave of Thomas Jefferson in July 1826. He was informally freed by Martha Jefferson Randolph, apparently at Jefferson's recommendation. At the January 1827 sale of Jefferson's estate, his wife Ursula and eight of their children were sold to different purchasers, including University of Virginia professor George Blaettermann. Most were reunited at Edgehill, the plantation of Jefferson's grandson Thomas J. Randolph,  when Randolph bought many of the family members back.

Hughes continued to work for members of the Monticello family. Although he was listed in the 1850 census in the household of his half-brother Burwell Colbert, in 1856 he was living in the household of Jefferson's great-granddaughter Caryanne Randolph Ruffin. He died in the summer of 1858.

All this research & images & much more is directly from the Monticello website -  See: The Thomas Jefferson Encyclopedia at Monticello.org