1704 connection between Massachusetts & the Gardens at Dyrham in Gloucestershire, England 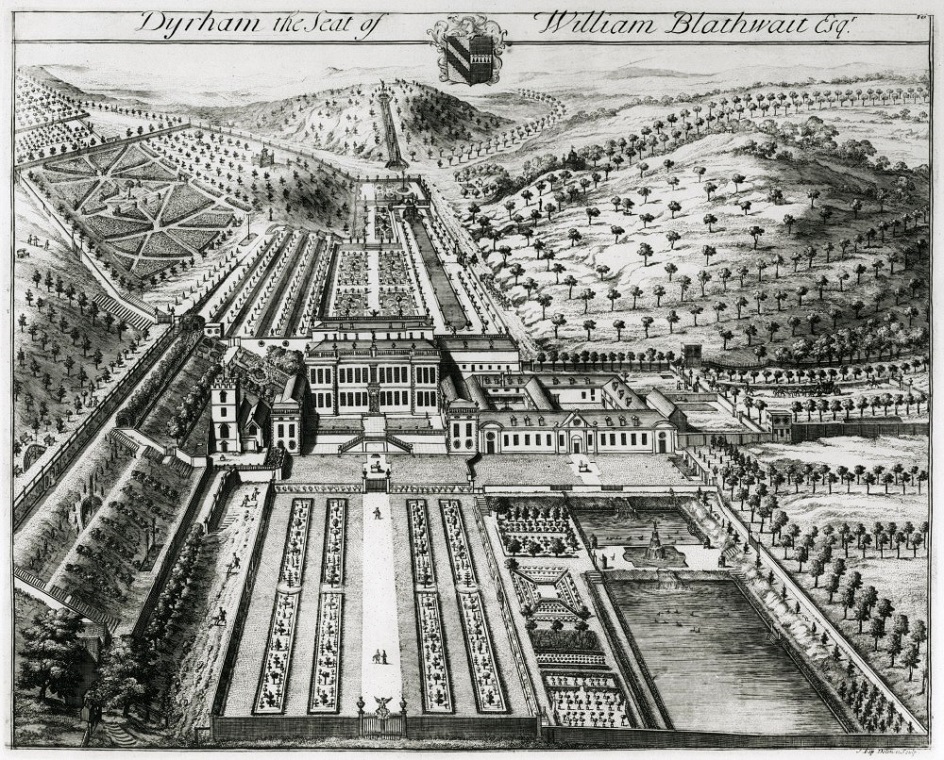 Engraving of Dyrham Park by Johannes Kip, 1712. In 1688, William Blathwayt  (1649-1717) inherited the Dyrham estate in Gloucestershire upon the death of his father-in-law. Blathwayt was a civil servant & politician who played an important part in administering the British American colonies.  He joined the diplomatic service in 1668, to serve at a post at the English embassy in The Hague.  In 1680, he became the 1st auditor-general of royal revenues in America; & after 1685, became the secretary of the Privy Council's committee on trade & foreign plantations, a key figure in American affairs. He was responsible for establishing the charter of the Crown colony of the Province of Massachusetts Bay, which would become the state of Massachusetts.  He promoted trade in America & the Caribbean, which included the slave trade, & reportedly he benefited considerably from "gifts"  received in connection with his office (as was the usual practice in his day). In 1686, he married Mary Wynter, a wealthy heiress. It was her father who died, leaving his estate to Blathwayt only 2 years after their marriage.  Diarist John Evelyn commended him as "very dexterous in business" & as a man who had "raised himself by his industry from very moderate circumstances." 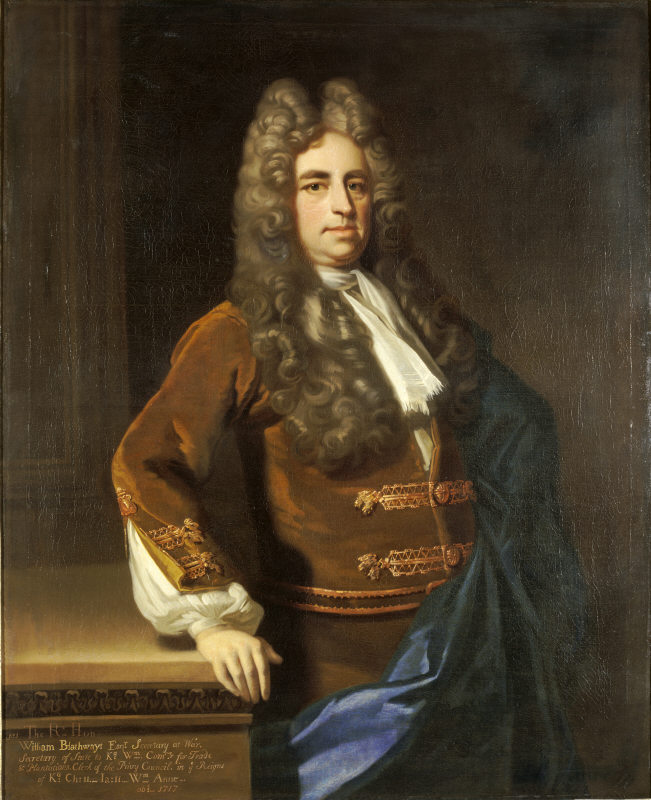 Michael Dahl (1659–1743) Portrait of Colonial Secretary William Blathwayt (1649-1717)
Soon after Blathwayt inherited Dyrham, he commissioned an estate plan to be drawn in the Dutch style he had seen as a young man in The Hague.  Formal Dutch & French style gardens were the height of fashion in England from about 1660 to 1715.  Completed in 1704, William Blathwayt’s Dutch garden to the east & west of the mansion was geometric in design. The west garden had a cascade, 2 pools, a fountain & flower beds planted in a fashionably sparse style. The east garden had a canal, fountains & a cascade.  There there were parterres cut out of grass & filled with colored gravel; shrubs in tubs clipped into formal shapes of cones & spheres; & terraces on the slopes from which visitors could admire Blathwayt's creation.
at 4:00 AM