When visitors come to George Washington’s Ferry Farm, they can stand in what were once the fields of the Washington family’s farm, where they grew tobacco and other crops. While living here, Augustine Washington, George’s father, taught his sons – George, Samuel, John Augustine, and Charles – to see opportunity in land. 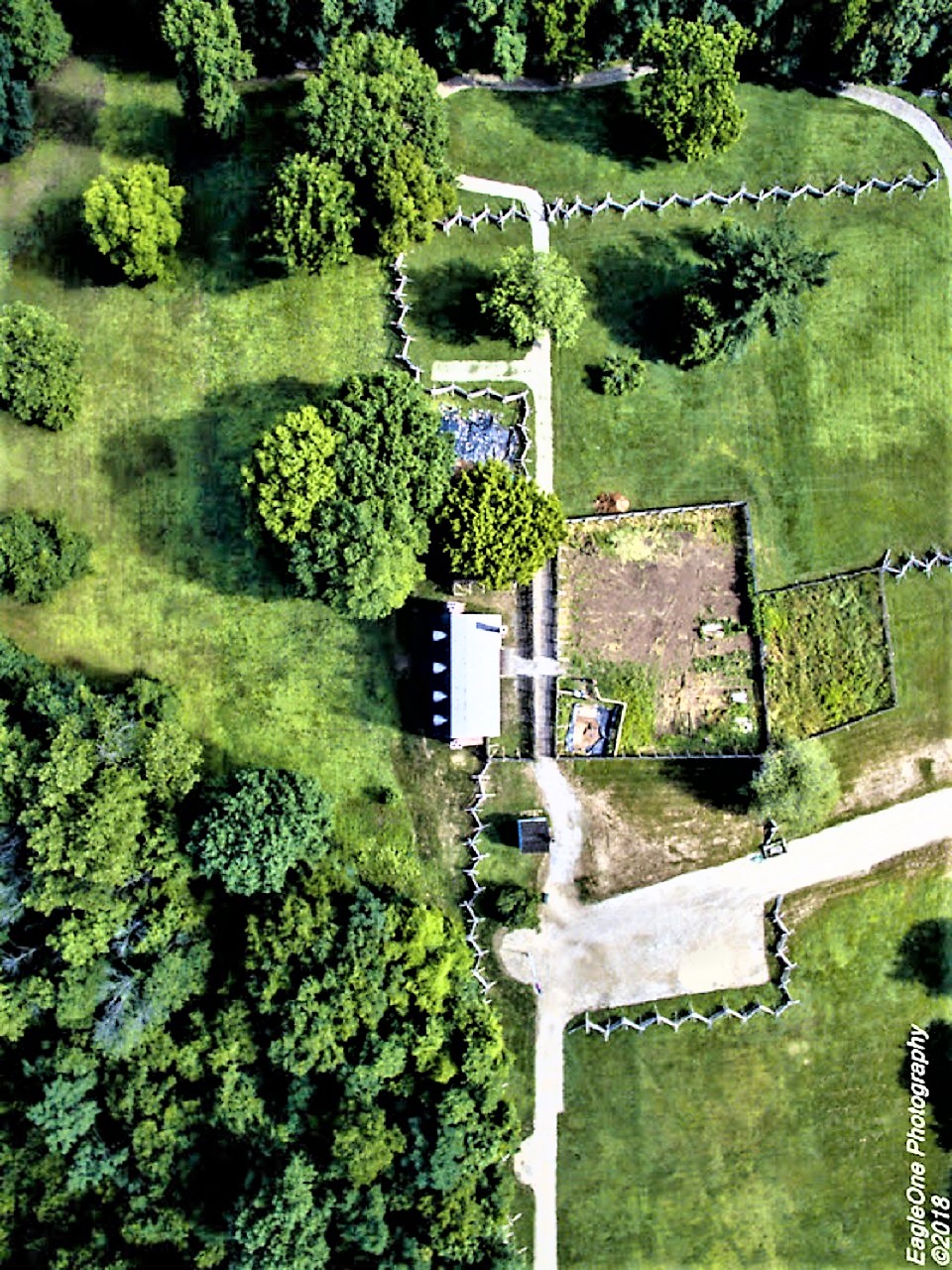 Growing up at Ferry Farm, George Washington learned that land was wealth. He learned how to run a plantation and to manage the enslaved workers who lived and toiled on his family’s farms. He learned what crops to grow and livestock to raise, how to care for them, and how to put them to use.  George Washington was many things at different points in his life – diplomat, politician, general, president –  but, throughout his sixty plus years, he was always a farmer.

To George and the other Europeans who settled in British North America in the 1700s, land and its natural resources were privately owned commodities or raw materials to be bought or sold. Land was used to create goods for market or was sold for profit.  In other words, land was valuable and owning a lot of land made you wealthy.

Before growing anything on a farm, Washington and his fellow colonial-era farmers had to own land and the land they owned had to be defined legally. It had to have boundaries, so they and other people knew it belong to them.  If land was wealth, it was vitally important to know how much land you owned.

Creating these boundaries was the job of a surveyor and being a surveyor was, after his lifelong work as a farmer, George Washington’s first job. 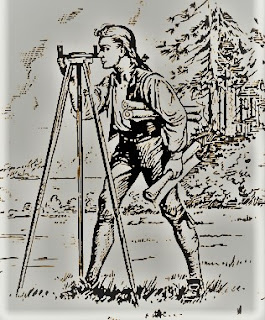 Merriam-Webster’s dictionary defines surveying as “determining the area of any portion of the earth’s surface.”

Today, surveyors use the Global Positioning System (GPS), satellite imagery, lasers, and other advanced digital equipment to do their work more quickly and more accurately. When George Washington was a surveyor, he used simple tools compared to today but, 200-years-ago, these simple tools were as advanced technologically speaking as today’s surveying equipment.  Indeed, in the 1700s, surveying was relatively brand new.  The word itself first appeared only in 1682.

Although a relatively new science, young George Washington was probably familiar with surveying from an early age.  His father Augustine owned “1 Set Surveyors Instruments,” according to the probate inventory made of Augustine’s property after his death in 1743.

The state-of-the-art instruments of a surveyor in the 1700s included a surveying compass on a tripod used to figure out the bearing and direction of a proposed boundary line.  A surveying compass included “sighting vanes” used to point “the compass by peering through the slit in one of the vanes and lining up the horsehair or wire in the oval of the other vane with a target or object” along boundary line.  These targets were often just trees (sometimes marked in some fashion with a hatchet), boulders, steams, or any other landmarks.

Surveyor's Compass by David Rittenhouse, believed to be given to George Washington in 1782. National Museum of American History

Measuring the distance between these targets set the property’s boundaries as well as its acreage. These distances were measured using chains carried by the surveyor’s assistants known as chainmen.  A full surveyor's chain was 66 feet long and 100 links and eighty of these chains equaled one mile. “Dragging a sixty-six-foot chain through the brush of colonial Virginia's forests was impractical.” These long chains snagged on trees and other vegetation so surveyors in the colonies used a chain that was only 33 feet long with 50 links.

George Washington began a survey by choosing a starting landmark as well as a landmark to travel towards.  He recorded the direction of the line using his surveying compass.  Then, to measure the distance, the rear chainman held one end of the chain at the starting point while the lead chainman walked a straight line toward the ending target.  As the surveyor, George constantly checked the compass to make sure the chainmen followed his line.  Keeping the line straight sometimes meant the lead chainman hacked his way straight through brush and undergrowth.  Once the he reached the end of the chain, the lead chainman pinned it to the ground and the rear chainman brought up the other end. They then repeated the process until the ending point of the line was reached. The rear chainman picked up the pins as they walked.

Fifteen-year-old George Washington made one of his first surveys on February 27, 1747 when he measured out his older half-brother Lawrence’s turnip field at Mount Vernon. According to Ledger Book Zero, Washington bought a Gunter scale, essentially a two-foot long ruler specifically designed to solve the trigonometry problems common to surveying, from his cousin Baily on September 20, 1747. 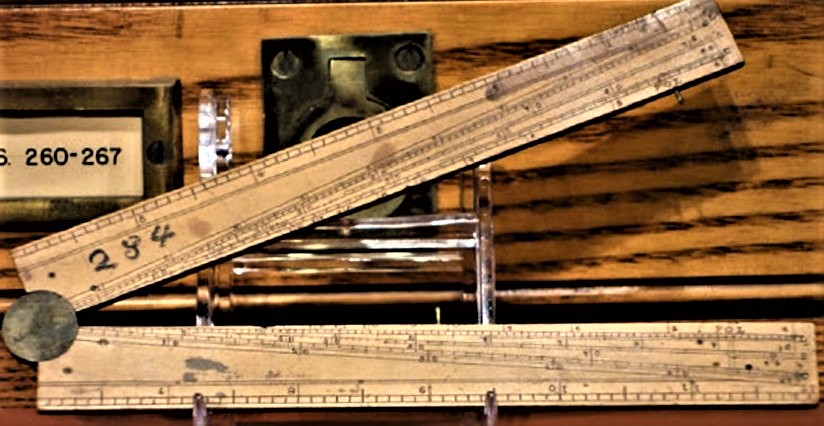 Thirteen months later, on March 11, 1748, George accompanied George William Fairfax and James Genn, the Surveyor of Prince William County, on a month-long trip across the Blue Ridge Mountains and into Virginia’s frontier to survey land for Thomas, Lord Fairfax.  Young Washington kept a journal of his experiences.

In 1749, at age 17, George was commissioned the surveyor of the new county of Culpepper by the College of William & Mary, which appointed all county surveyors in Virginia This was unusual for someone this young to be appointed.  A year later, he began a two-year period of off-and-on trips throughout Virginia’s Frederick County, which at the time encompassed a vast swath of frontier land that today makes up nine separate counties in two states.  “By 1752, Washington completed nearly 200 surveys totaling more than 60,000 acres.”

In the later 1750s, George began to focus his work life more on soldiering (the French and Indian War) and farming. He never completely stopped surveying or acquiring land, however. In 1771, he surveyed Ferry Farm in preparation to sell the property and he surveyed for the last time in 1799, the year he died.

In the colonial age, land was wealth and was how many colonials, including George Washington, made their living.  As such, early Americans wanted to know what land they owned as well as how much they owned.  Surveyors, like George Washington, measured the land and created boundaries so ownership would be clear.  “At one time, Washington owned nearly 70,000 acres between the Potomac and Ohio Rivers.”  Surveying was Washington’s first job and allowed him to begin to build vast amounts of land holdings and thus wealth. This wealth, in part, propelled him to the heights of colonial American society and politics.  He began this journey as a surveyor while living at Ferry Farm.
Zac Cunningham
Manager of Educational Programs
at 4:00 PM