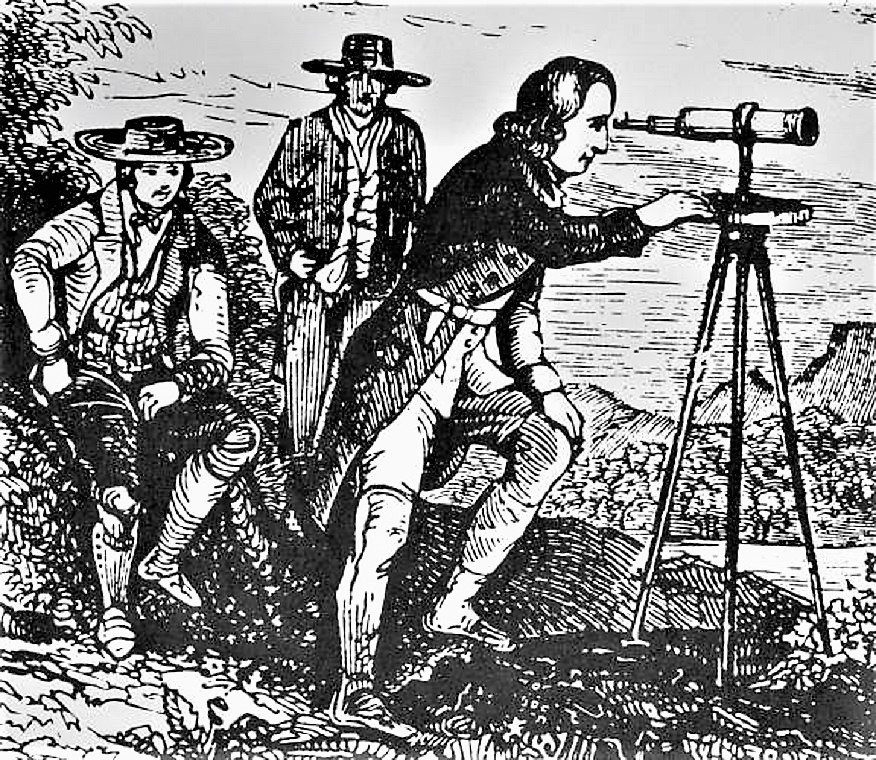 [March 1748]
Began my Journey in Company with George Fairfax Esqr.; we travell’d this day 40 Miles to Mr. George Neavels in Prince William County.

Saturday March 12th. This Morning Mr. James Genn the surveyor came to us. We travel’d over the Blue Ridge to Capt. Ashbys on Shannondoa River. Nothing remarkable happen’d.

Sunday March 13. Rode to his Lordships Quarter about 4 Miles higher up the River we went through most beautiful Groves of Sugar Trees & spent the best part of the Day in admiring the Trees & richness of the Land.

GW probably was referring to land owned by Lord Fairfax on the east side of the Shannondoah River.

Monday 14th. We sent our Baggage to Capt. Hites (near Frederick Town) went ourselves down the River about 16 Miles to Capt. Isaac Penningtons (the Land exceeding Rich & Fertile all the way produces abundance of Grain Hemp Tobacco &c.) in order to Lay of some Lands on Cates Marsh & Long Marsh.

Jost Hite (d. 1760) was one of the leading land speculators and developers in Frederick, eventually settling families on a tract amounting to 94,000 acres. His land purchases involved him in a dispute with Lord Fairfax over ownership of his grants. The court case was settled in Hite’s favor in 1786, 26 years after his death.  Frederick Town is now Winchester, Va.  Isaac Pennington came to the Shenandoah Valley, about 1734 and settled a tract of some 600 acres on the south bank of Buck Marsh Run.  In 1750 GW surveyed a tract of land for him in Frederick County before he moved to South Carolina in the fall of 1754.

Tuesday 15th. We set out early with Intent to Run round the sd. Land but being taken in a Rain & it Increasing very fast obliged us to return. It clearing about one oClock & our time being too Precious to Loose we a second time ventured out & Worked hard till Night & then returnd to Penningtons we got our Suppers & was Lighted in to a Room & I not being so good a Woodsman as the rest of my Company striped my self very orderly & went in to the Bed as they call’d it when to my Surprize I found it to be nothing but a Little Straw—Matted together without Sheets or any thing else but only one Thread Bear blanket with double its Weight of Vermin such as Lice Fleas &c. I was glad to get up (as soon as the Light was carried from us) & put on my Cloths & Lay as my Companions. Had we not have been very tired, I am sure we should not have slep’d much that night. I made a Promise not to Sleep so from that time forward chusing rather to sleep in the open Air before a fire as will Appear hereafter.

On this day the party had surveyed a tract of land for George William Fairfax on Cates Marsh and Long Marsh, the “names of small streams which flow from the foothill of North mountain to the Shenandoah river and have along their course considerable meadow or marshy land”

Wednesday 16th. We set out early & finish’d about one oClock & then Travell’d up to Frederick Town where our Baggage came to us. We cleaned ourselves (to get Rid of the Game we had catched the Night before) & took a Review of the Town & then return’d to our Lodgings where we had a good Dinner prepar’d for us Wine & Rum Punch in Plenty & a good Feather Bed with clean Sheets which was a very agreeable regale.

Thursday 17th. Rain’d till Ten oClock & then clearing we reached as far as Major Campbells one of there Burgesses about 25 Miles from Town. Nothing Remarkable this day nor Night but that we had a Tolerable good Bed [to] lay on.

Andrew Campbell, who lived northwest of Winchester, and several other residents to keep ordinaries “at their respective houses” and to “furnish lodgings and food and Liquors at prices fixed by the court.”

Fryday 18th. We Travell’d up about 35 Miles to Thomas Barwicks on Potomack where we found the River so excessively high by Reason of the Great Rains that had fallen up about the Allegany Mountains as they told us which was then bringing down the melted Snow & that it would not be fordable for severall Days it was then above Six foot Higher than usual & was Rising. We agreed to stay till Monday. We this day call’d to see the Fam’d Warm Springs. We camped out in the field this Night. Nothing Remarkable happen’d till sunday the 20th.

Thomas Barwick (Berwick) was settled in Frederick County as early as 1744.

Sunday 20th. Finding the River not much abated we in the Evening Swam our horses over & carried them to Charles Polks in Maryland for Pasturage till the next Morning.

Monday 21st. We went over in a Canoe & Travell’d up Maryland side all the Day in a Continued Rain to Collo. Cresaps right against the Mouth of the South Branch about 40 Miles from Polks I believe the Worst Road that ever was trod by Man or Beast.

Thomas Cresap (1694–1790) immigrated to America about 1719, in 1736, and he moved to the vicinity of Shawnee Old Town (now Oldtown, Md.), where he built a fortified trading post at the crossroads of a series of trails much traveled by Indians and whites. Cresap acted as a surveyor and agent for the Ohio Company and helped lay out the company’s road from Wills Creek to the Monongahela.

Tuesday 22d. Continued Rain and the Freshes kept us at Cresaps.

Wednesday 23d. Rain’d till about two oClock & Clear’d when we were agreeably surpris’d at the sight of thirty odd Indians coming from War with only one Scalp. We had some Liquor with us of which we gave them Part it elevating there Spirits put them in the Humour of Dauncing of whom we had a War Daunce. There Manner of Dauncing is as follows Viz. They clear a Large Circle & make a great Fire in the Middle then seats themselves around it the Speaker makes a grand Speech telling them in what Manner they are to Daunce after he has finish’d the best Dauncer Jumps up as one awaked out of a Sleep & Runs & Jumps about the Ring in a most comicle Manner he is followd by the Rest then begins there Musicians to Play the Musick is a Pot half of Water with a Deerskin Streched over it as tight as it can & a goard with some Shott in it to Rattle & a Piece of an horses Tail tied to it to make it look fine the one keeps Rattling and the other Drumming all the While the others is Dauncing.

Fryday 25th. 1748. Nothing Remarkable on thursday but only being with the Indians all day so shall slip it. This day left Cresaps & went up to the Mouth of Patersons Creek & there swum our Horses over got over ourselves in a Canoe & travel’d up the following Part of the Day to Abram Johnstones 15 miles from the Mouth where we camped.

Patterson’s Creek flows into the Potomac about 12 miles below Cumberland, Md.

Saterday 26. Travelld up the Creek to Solomon Hedges Esqr. one of his Majestys Justices of the Peace for the County of Frederick where we camped. When we came to Supper there was neither a Cloth upon the Table nor a Knife to eat with but as good luck would have it we had Knives of [our] own.

Sunday 27th. Travell’d over to the South Branch (attended with the Esqr.) to Henry Vanmetriss in order to go about Intended Work of Lots.

John Van Meter, a New York state Indian trader who carried on an extensive trade among the Delaware Indians, visited Virginia about 1725. With his encouragement, his sons Isaac & John obtained extensive grants of land on the South Branch of the Potomac and in the lower Shenandoah Valley in 1730 and brought in a number of settlers.

Monday 28th. Travell’d up the Branch about 30 Miles to Mr. James Rutlidge’s Horse Jockey & about 70 Miles from the Mouth.

On 29 Mar. the party surveyed a tract of land for James Rutledge (surveying notes, DLC:GW).

Tuesday 29th. This Morning went out & Survey’d five Hundred Acres of Land & went down to one Michael Stumps on the So. Fork of the Branch. On our way Shot two Wild Turkies.

Wednesday 30th. This Morning began our Intended Business of Laying of Lots. We began at the Boundary Line of the Northern 10 Miles above Stumps & run of two Lots & returnd to Stumps.

Thursday 31st. Early this Morning one of our Men went out with the Gun & soon Returnd with two Wild Turkies. We then went to our Business. Run of three Lots & returnd to our Camping place at Stumps.
at 4:15 PM