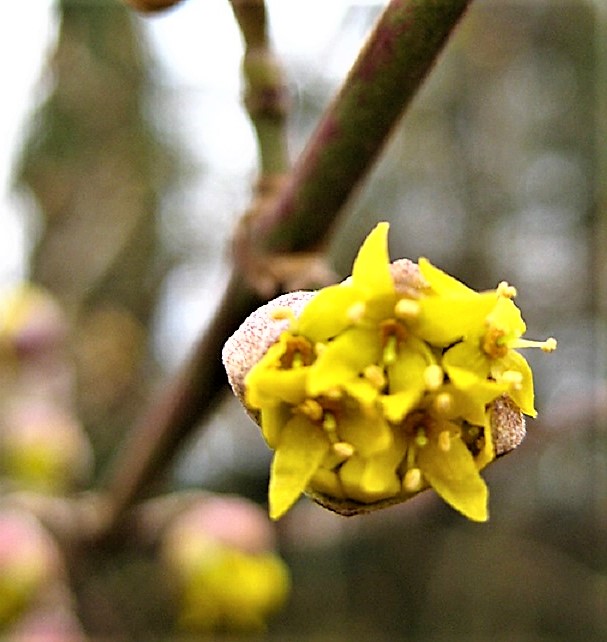 On March 31, 1774, Thomas Jefferson recorded in his garden diary planting four "Ciriege Corniole" or Cornelian Cherry (Cornus mas) trees along with 16 other varieties of fruit trees and vegetables.

The Cornelian Cherry,which is flowering now in Monticello’s South Orchard, is a native to southern Europe and western Asia and has been cultivated since ancient times for the fruit, which is excellent for preserves and syrup. However, by the 19C, the use of this fruit was already in decline, and it wasn't until the 20C that gardeners appreciated its ornamental features (a winter flower display and attractive red fruits in late summer). 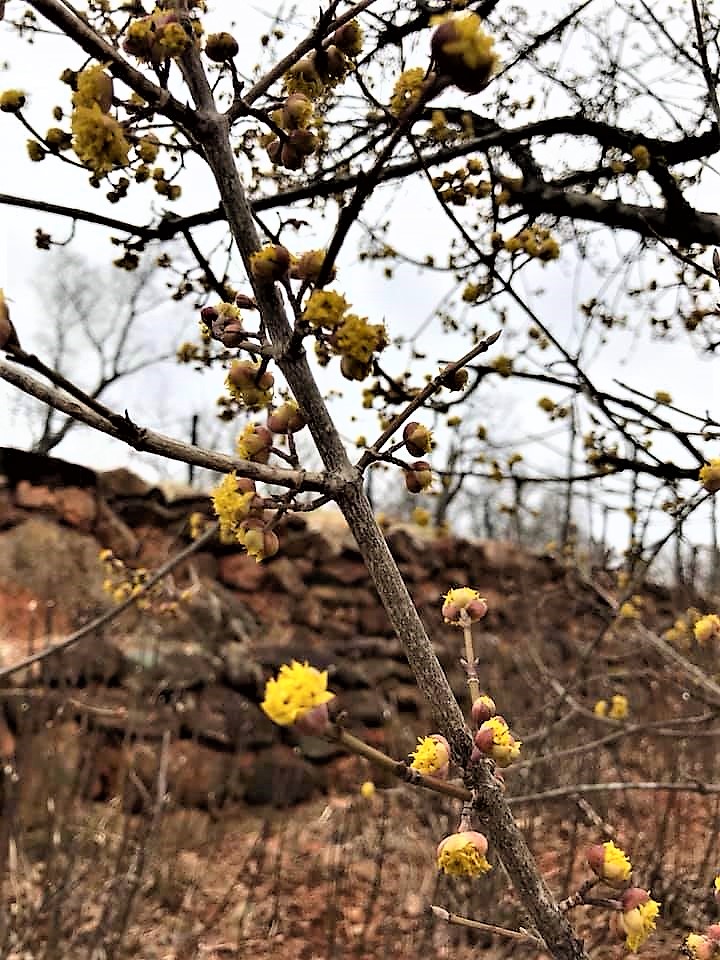