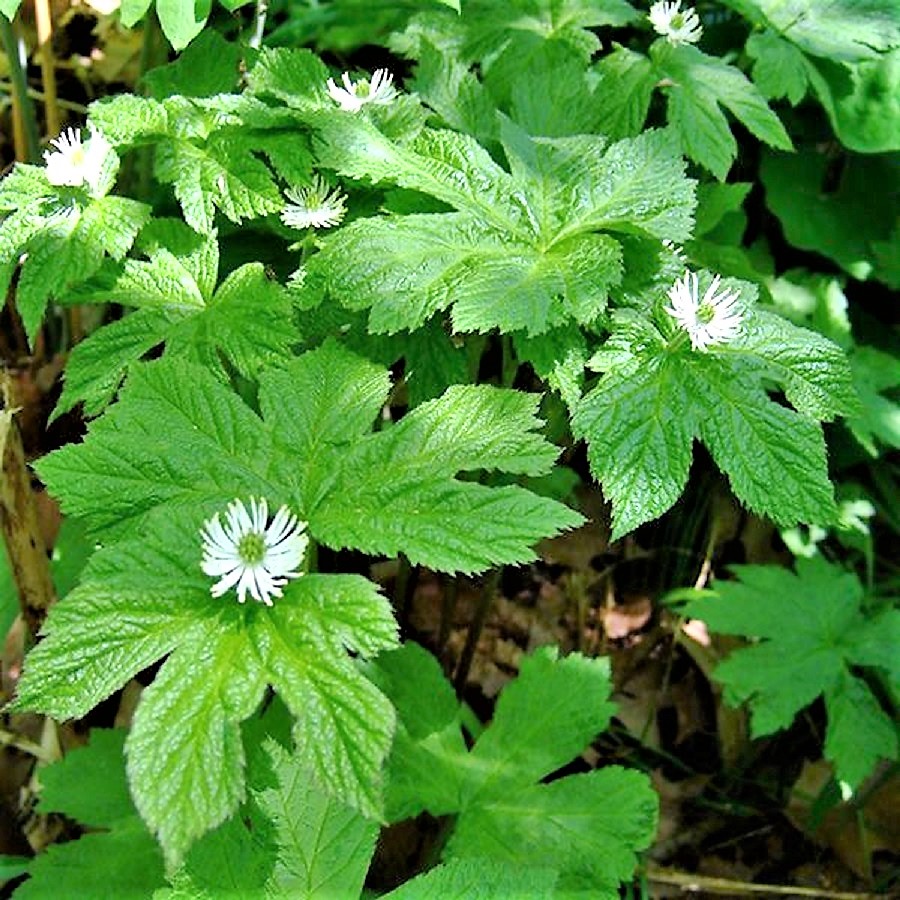 This Eastern North American perennial is found in rich, moist, marshy places in cool, deciduous forests. It was discovered and sent to Britain in 1759. Goldenseal’s yellow root was once used by Native Americans for dyeing a bright yellow color, as well as to produce a medicinal narcotic.
Although this member of the Buttercup family (Ranunculaceae) is not found in the woodlands of Monticello, its cousin the Yellow Root, Xanthoriza simplicissima, grows along the banks of the Rivanna River and is a favorite species on Monticello’s “Saturdays in the Garden” wildflower walks every April.