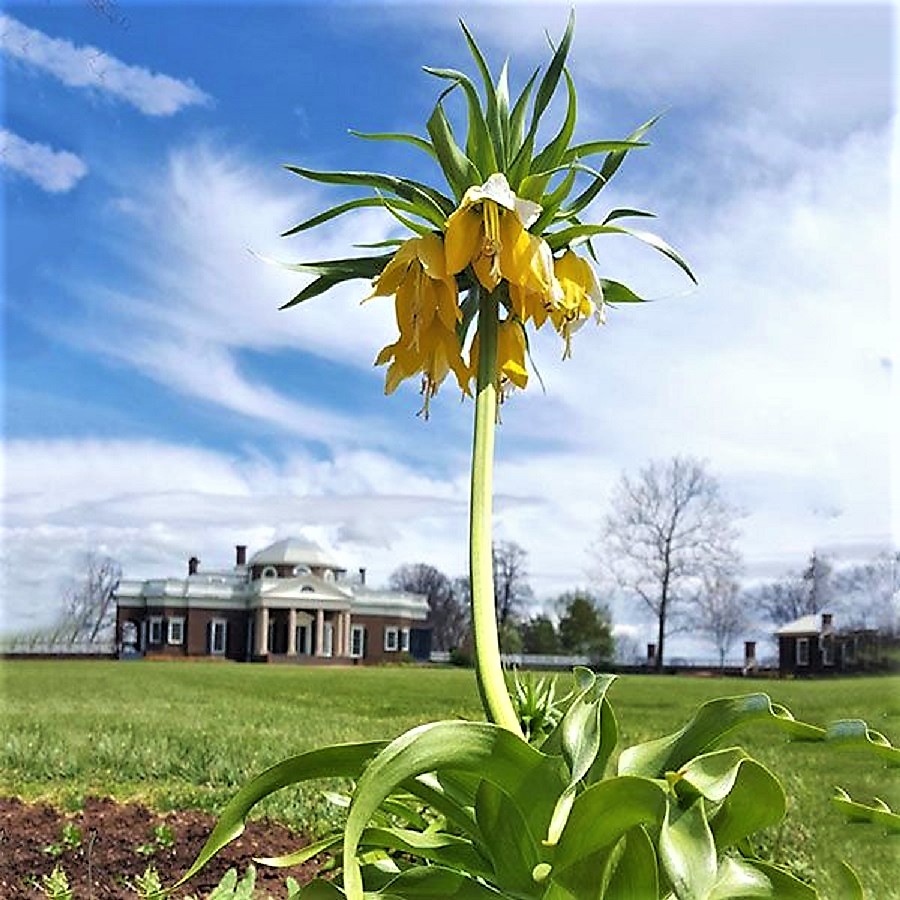 The Crown Imperial Lily was brought to Western Europe from Southern Turkey and Kashmir as early as 1576. By 1770 Dutch bulb growers had developed 13 distinct varieties.
Thomas Jefferson ordered this lily from Philadelphia nurseryman Bernard McMahon five times before receiving three "roots" of the orange and a rare "silver striped" form in 1812. It is also called "Stink Lily" and "Old Stinky," because of its foxy odor.