To preserve and multiply pigeons. In a large dovecote, prepare the following food, which will induce your pigeons to love their cote, and also to bring you a great many strangers when they go abroad.

Take thirty pounds of millet, three of cumin, five of honey, half a pound of bishop's wort, otherwise coflus, two pounds of agnus cajlus's seed, which boil in river water to the total evaporation of the last. Then in its stead pour a gallon and a half, or two gallons of red Port, with about eight pounds of old mortar well pulverised, which set on the fire again for about half an hour to concoct.

Thus all those ingredients will harden and form a lump, which, if placed in the middle of the dovecote, will in a short time amply reward you for your expense. 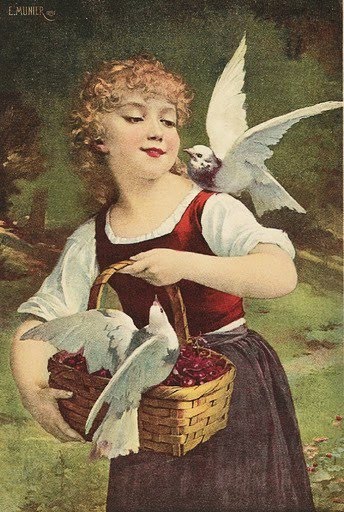