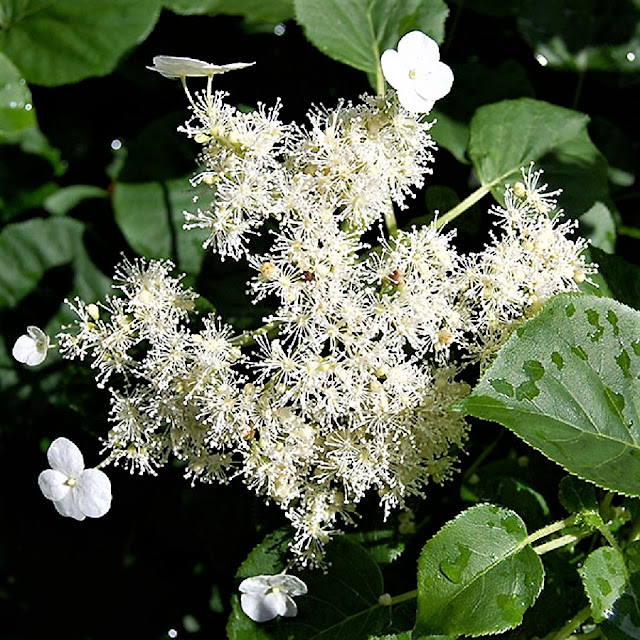 The Bavarian physician-botanist Philipp von Siebold brought this magnificent hydrangea from Japan in 1862. It was introduced into London’s Kew Gardens by Max Leichtlin in 1878 and the first specimens in American gardens were introduced through the Arnold Arboretum in Boston during the late 19th century.
Schizophragma hydrangeoides is a related woody vine, also from Japan, that is often confused with the true climbing hydrangea. Both are showy, vigorous, and considered garden classics.