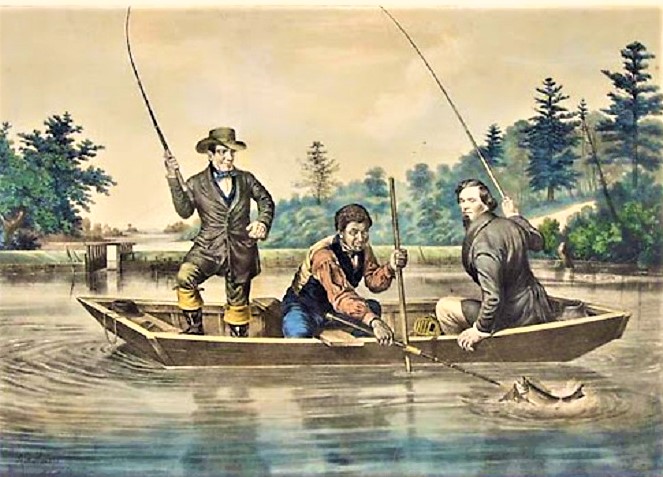 In his biography George Washington: Farmer (1915) by Paul Leland Haworth (1876-1936), he tells us that Washington's fishing was mostly done with a seine as a commercial proposition, but he seems to have had some interest in angling. Occasionally he took trips up & down the Potomac in order to fish, sometimes with a hook & line, at other times with seines & nets.
Washington fished with his brothers and friends purely for sport, which he sometimes did with nets, but also with tackle and live bait, including blood worms. Washington wrote to a friend that the waters of the Potomac River flowing before Mount Vernon were, "well supplied with various kinds of fish at all seasons of the year; and in the Spring with the greatest profusion of Shad, Herring, Bass, Carp, Perch, Sturgeon &ca."
From his diaries and tackle kits that Mount Vernon possesses, it is clear George Washington also enjoyed fishing for sport with his younger brothers, John Augustine (Jack), Charles, and Samuel. On September 3, 1770, for example, he remarked: "Went in the Evening a fishing with my Brothers Samuel and Charles," or five days later near Mount Vernon, he noted, "Went a fishing towards Sheridine Point. Dined upon the Point." 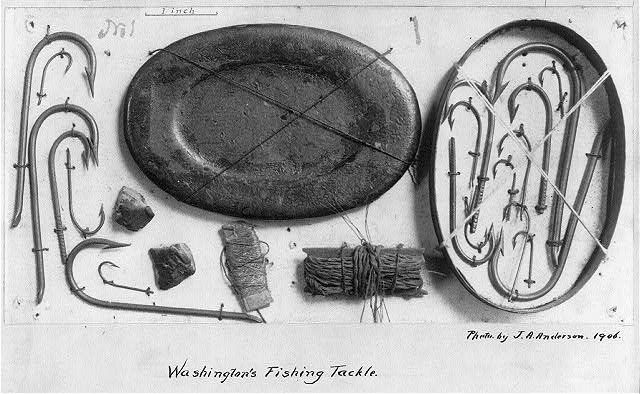 George Washington's Fishing Tackle  Library of Congress
Washington & Dr James Craik (1727-1814) took fishing tackle with them on both their western tours & made use of it in some of the mountain streams & also in the Ohio.  James Craik was one of Washington’s oldest and closest friends. He studied medicine at the University of Edinburgh, then joined the British Army as an army surgeon in the West Indies until 1751. They met while serving in the Virginia Regiment during the French and Indian War and later Craik served under Washington during the American Revolution. 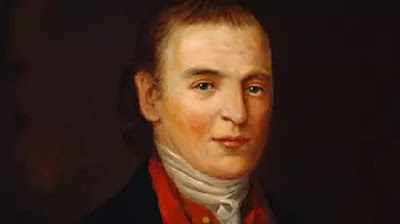 After the Revolution, Washington persuaded him to move his practice to Alexandria, Virginia. In both 1770 and 1784 he went on surveying (and fishing) expeditions with Washington, examining military claims in Pennsylvania and what is now West Virginia. In 1781 Dr. Craik was appointed “chief physician and surgeon of the army” by Congress. Both Crail and Washington were active Masons. He was also Washington’s personal physician and one of 3 doctors who attended George Washington on his deathbed in 1799.
While at the Federal Convention in 1787 Washington & Gouverneur Morris went up to Valley Forge partly perhaps to see the old camp, but ostensibly to fish for trout. They lodged at the home of a widow named Moore. On the trip the Farmer learned the Pennsylvania way of raising buckwheat and wrote down much more about this topic than about trout.
A few days later, with Gouverneur Morris & Mr. & Mrs. Robert Morris, he went up to Trenton & "in the evening fished," with what success he does not relate. When on his eastern tour of 1789 he went outside the harbor of Portsmouth to fish for cod, but the tide was unfavorable & they caught only two. More fortunate was a trip off Sandy Hook the next year, which was thus described by a newspaper: "Yesterday afternoon the President of the United States returned from Sandy Hook & the fishing banks, where he had been for the benefit of the sea air, & to amuse himself in the delightful recreation of fishing. We are told he has had excellent sport, having himself caught a great number of sea-bass & black fish--the weather proved remarkably fine, which, together with the salubrity of the air & wholesome exercise, rendered this little voyage extremely agreeable."
Paul Haworth tells us that Washington was fond of eating fish & took great pains to have them on his table frequently. At Mount Vernon there was a slave, reputed to be a centenarian & the son of an African King, whose duty it was to keep the household supplied with fish. On many a morning he could be seen out on the river in his skiff, beguiling the toothsome perch, bass or rock-fish. Not infrequently he would fall asleep & then the impatient cook, who had orders to have dinner strictly upon the hour, would be compelled to seek the shore & roar at him. Old Jack would waken & row to shore to deliver the day's fish.
at 4:00 AM