The Early American Development of The Blush Noissette Rose 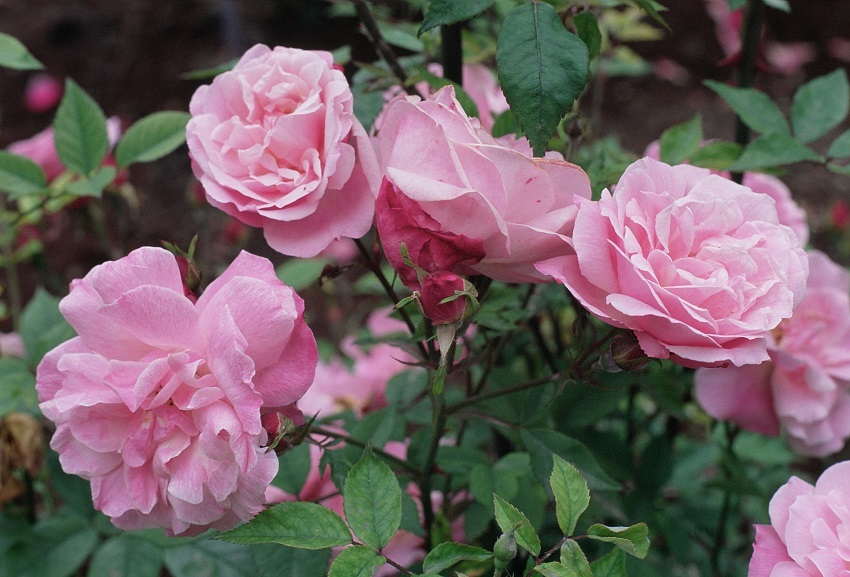 Development of The Blush Noissette Rose

Peggy Cornett at Thomas Jefferson's Monticello explans that the history of the rose, the most beloved of flowers and three thousand years in cultivation, is undoubtedly one of the most complex.

The story of these two parent roses in the hands of Charleston, South Carolina merchant John Champneys is well documented. Champneys grew both in his large plantation garden southwest of Charleston. There the two roses crossed and produced seedlings with very desirable characteristics. Some put this event in 1802 while others maintain it occurred around 1810-11. According to Léonie Bell, "The Champneys rose was noteworthy because it not only repeated from June to November, it did so abundantly. ... The small pink stained flower was no great beauty, nor very double ... but it became a good seed parent." Champneys shared rooted cuttings of his seedling with friends, including William Prince, Jr., who in turn shipped many more from his Long Island nursery to England. In 1818 the Loddiges Nursery near London listed hundred of roses, including one called "champigny."

Champneys shared another batch from his seedling with his neighbor, a Frenchman, named Phillippe Noisette. Both were members of the South Carolina Horticultural Society, of which Champneys was president. According to Léonie Bell, Phillippe Noisette was the son of the head gardener to Louis XVI, and himself an avid horticulturist. He immigrated to the United States to escape the French Revolution, and soon was made superintendent of the South Carolina Medical Society's garden in Charleston. A few years after receiving Champneys rose, Phillippe sent a batch of his own seedlings, which he labeled "blush" rose, to his brother Louis, who had an extensive nursery collection of roses in Paris. Some argue that Champneys was deprived of a certain notoriety once his rose went on to become part of a class called Noisettes. Robert Prince's Manual of Roses, 1846, maintains that notion, stating: "The old Blush Noisette Rose was raised ... by Phillippe Noisette, of Charleston, from seed of the Champney Rose, and this he sent to his brother Louis Noisette of Paris, under the name of the Noisette Rose." Others, including Léonie Bell herself, believe Phillippe Noisette was also experimenting with Champneys' rose, and may have crossed it with a third, repeat-blooming, diploid rose such as "Hume's Blush" Tea-scented China, resulting in his own creation--the 'Blush Noisette'. In any case, once in France and under the expert care of Louis Noisette, dozens of distinct cultivars ensued.

While Thomas Jefferson grew a number of roses--including Gallicas, Sweetbriars, and native roses--the Noisettes were not likely among them. His final mention of roses was for his retreat home, Poplar Forest, in which he noted on November 1, 1816: "planted large roses of difft. kinds in the oval bed in the N. front. dwarf roses in the N.E. oval. ..." Jefferson's long life was ending just as this new breed, the Noisette, was emerging on the scene. He did, however, plant the Noisette's parents. In 1791 Jefferson ordered from the famous William Prince Nursery in Flushing Landing, New York, two each of the Monthly rose (Rosa chinensis cv.) and the Musk rose (R. moschata). The China rose, specifically 'Old Blush' or 'Parson's Pink China', was desired for its long blooming season, so unlike the European varieties, which generally offer only one big show in late spring. The European Musk Rose, as described by Parkinson and Gerard, was valued for its later season of bloom (mid to late summer) and its clusters of highly fragrant, white blossoms.