18C Recipe for Apple Tansey published in America in 1742

Londoner Eliza Smith wrote in the beginning of her 1727 book on being a complete housewife that ladies might use the information in her book for their "private families, or such publick-spirited gentlewomen as would be beneficent to their poor neighbours."

An early recipe for Apple Tansey appears in The Compleat Housewife: Or, Accomplished Gentelwoman’s Companion, a cookbook written by Eliza Smith. 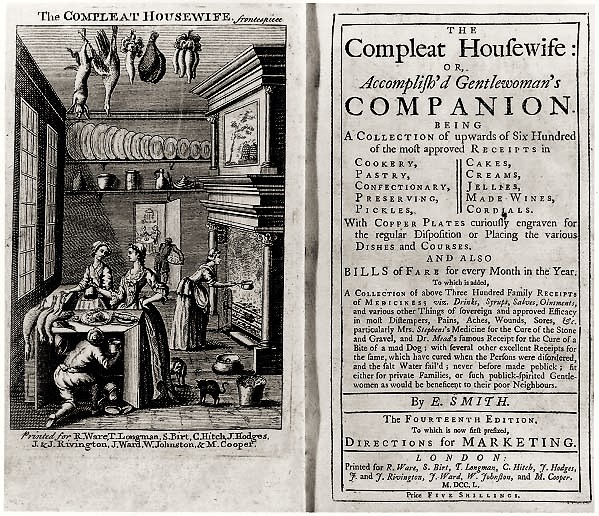 The Compleat Housewife was published in early America for the first time in 1742, by William Parks, a Williamsburg, Virginia, printer. He printed and sold the cookbook, believing that there was a strong market for it with Virginia housewives who wished to be current with the London fashion. Parks was the founder of the Maryland Gazette, and published a number of minor books and pamphlets before printing The Compleat Housewife, which became his major book publication. The book that was published in America was the fifth London edition, which was a best seller there at that time.  During the 18C, British books including The Compleat Housewife were reprinted in Boston, New York and Philadelphia.

When he published Compleat Housewife in 1742, Parks made an attempt to have the cookbook altered to American "taste", deleting certain recipes, "the ingredients or materials for which are not to be had in this country."  In England, when Eliza Smith wrote The Compleat Housewife, she showed "her self-assurance to attack English attitudes toward food and women cooks." In the book's preface, Smith chides the male culinary writers of her time. She claimed that they concealed their best recipes from the public. The Compleat Housewife title page describes the book as a “collection of several hundred of the most approved receipts, in cookery, pastry, confectionery, preserving, pickles, cakes, creams, jellies, made wines, cordials. And also bills of fare for every month of the year. To which is added, a collection of nearly two hundred family receipts of medicines; viz. drinks, syrups, salves, ointments, and many other things of sovereign and approved efficacy in most distempers, pains, aches, wounds, sores, etc. never before made publick in these parts; fit either for private families, or such publick-spirited gentlewomen as would be beneficent to their poor neighbours." 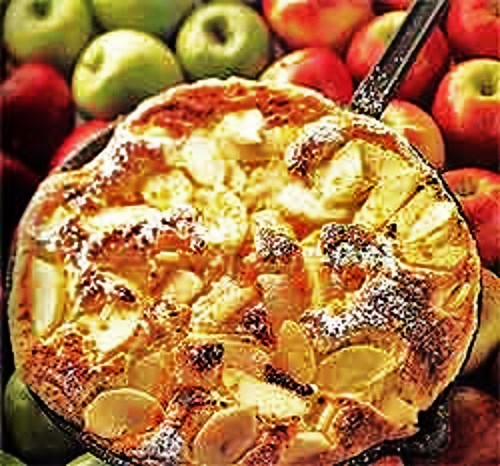 Here is the 18C recipe as it appears in the manuscript:
To make an Apple Tansey,
Take three pippins, slice them round in thin slices, and fry them with butter; then beat four eggs, with six spoonfuls of cream, a little rosewater, nutmeg, and sugar; stir them together, and pour it over the apples; let it fry a little, and turn it with a pye-plate. Garnish with lemon and sugar strew’d over it.
at 4:00 AM