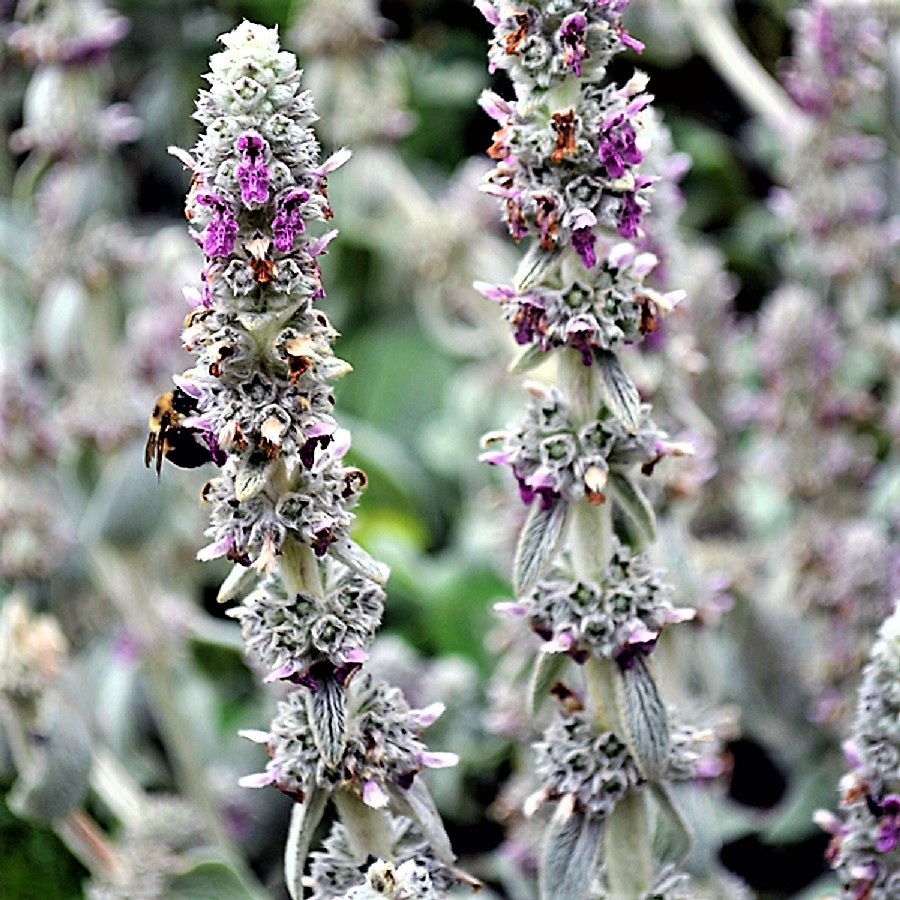 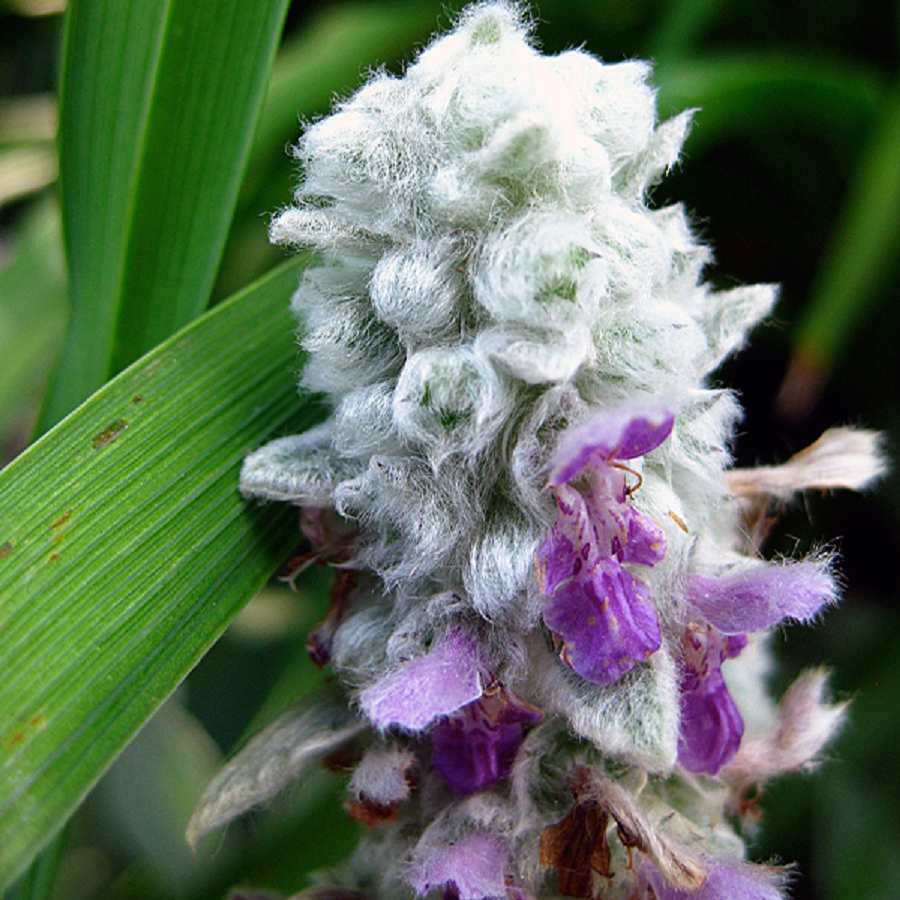 This mat-forming, perennial herb is native to the Middle East from the Caucasus to Iran and has been cultivated since the late 18th century. Philadelphia nurseryman Bernard McMahon listed it as “Stachys lanata, Woolly Stachys” in The American Gardener’s Calendar, 1806. Although Lamb’s Ears is a member of the mint family and related to the Common European Betony (Stachys officinalis), it appears to have been grown as an ornamental plant rather than for medicinal purposes. New Jersey nurseryman Peter Henderson noted in his Handbook of Plants, 1890, that this species was the only one of special merit for the garden, and was “used to a considerable extent in the formation of white lines for ribbon borders or massing” in Victorian flower beds.