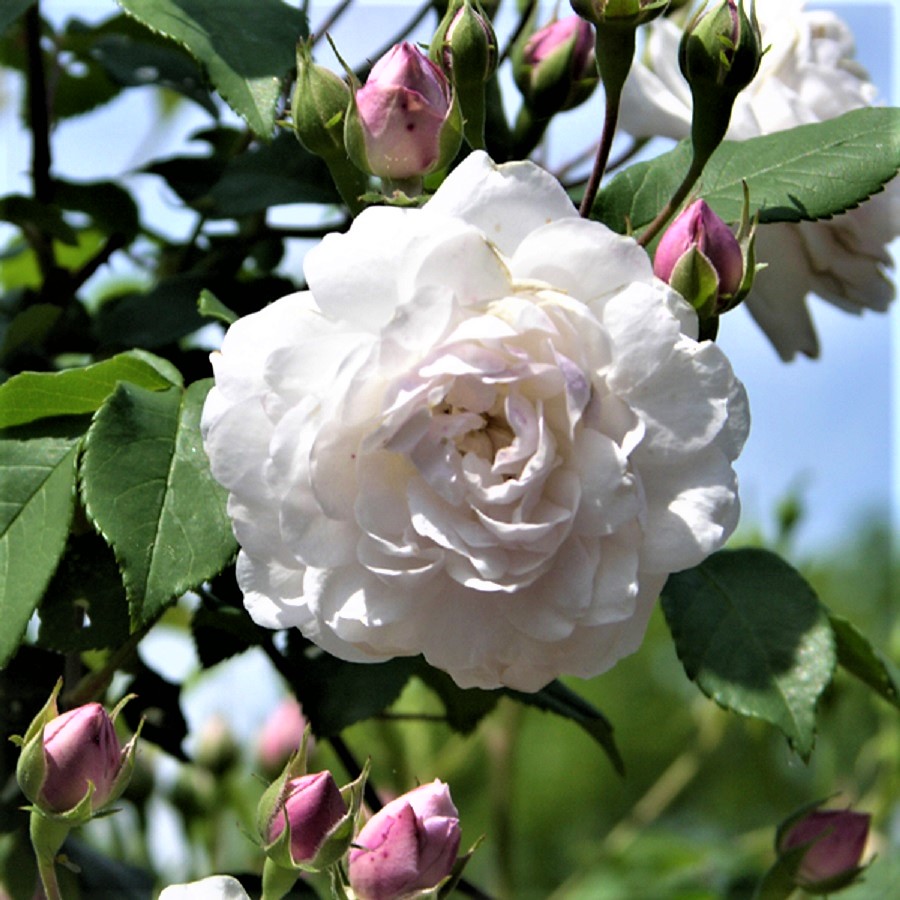 This rose hybrid, introduced by the French breeder Louis Noisette in 1817, grew in the gardens of Empress Josephine and was painted by Pierre-Joseph Redouté. This rose was a superior selection of ‘Champneys Pink Cluster’, America’s first rose hybrid, which originated in Charleston, South Carolina c. 1802-1811. John Champneys, an early 19th-century rice grower, selected this fragrant, abundantly-flowering rose by crossing the ever-blooming ‘Old Blush’ China and the ‘Musk Rose’ (Rosa moschata plena). He then shared seedlings with his neighbor Philippe Noisette, a French immigrant, who sent them on to his brother Louis in Paris. This class of roses became known as the Noisettes, thanks to Louis’ success in introducing many new forms.

For more information & the possible availability for purchase Contact The Tho Jefferson Center for Historic Plants or The Shop at Monticello
at 4:00 AM