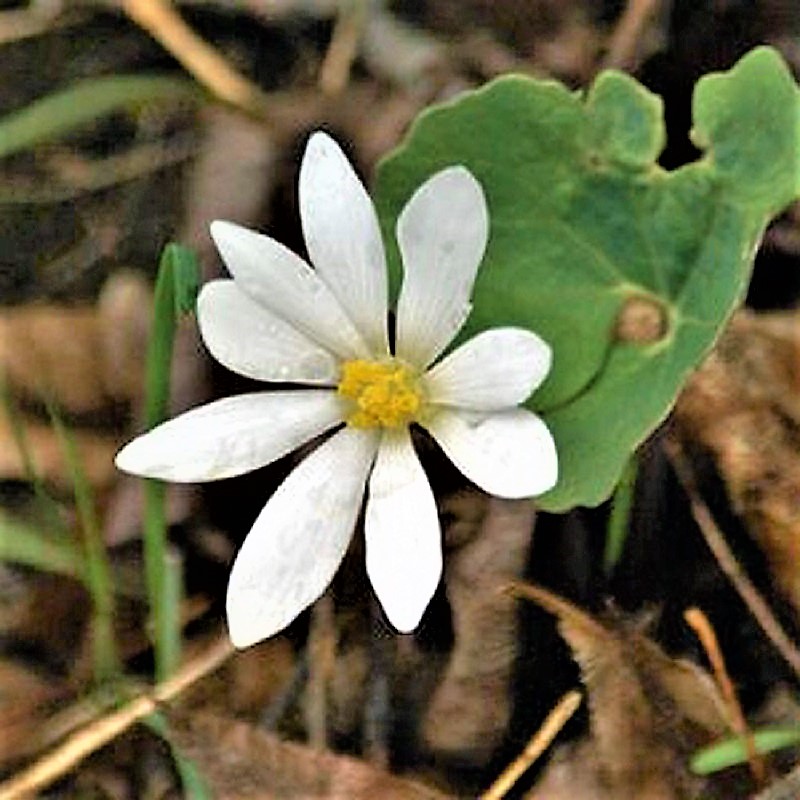 This charming American wildflower grows along the northern slopes and river bottoms of Monticello mountain and Jefferson observed it blooming at Shadwell on April 6, 1766. He called it “Puckoon” (its Native American name) and watched its spring progression along with the narcissus, Virginia bluebells, and purple flag. By April 13, Jefferson’s birthday, the Puckoon flowers had fallen. The early American botanist John Bartram collected specimens and sent them to his European patrons. Although the roots are poisonous, they were prescribed as a headache remedy and as a stimulant in small doses.


For more information & the possible availability for purchase
Contact The Tho Jefferson Center for Historic Plants or The Shop at Monticello
Posted by Meghan Sturgill at 4:00 AM