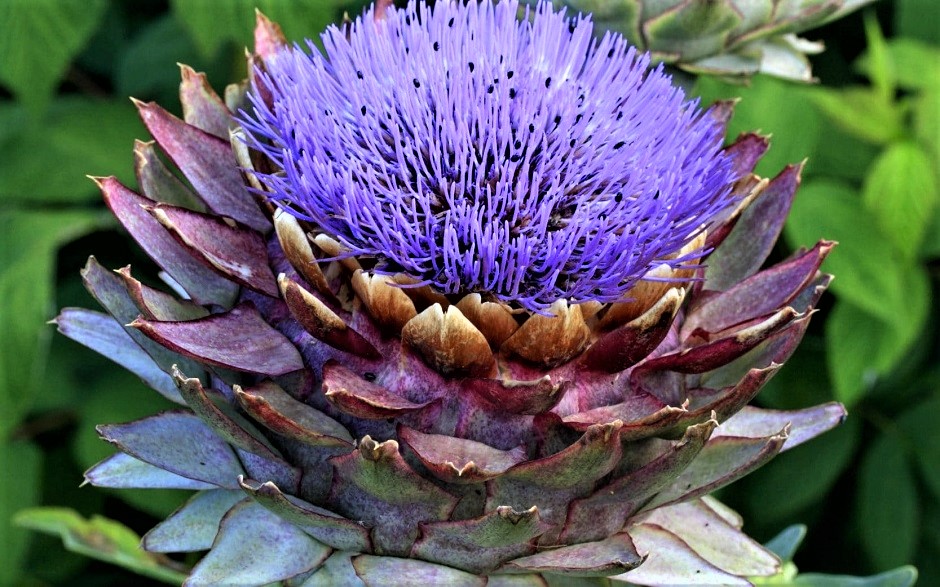 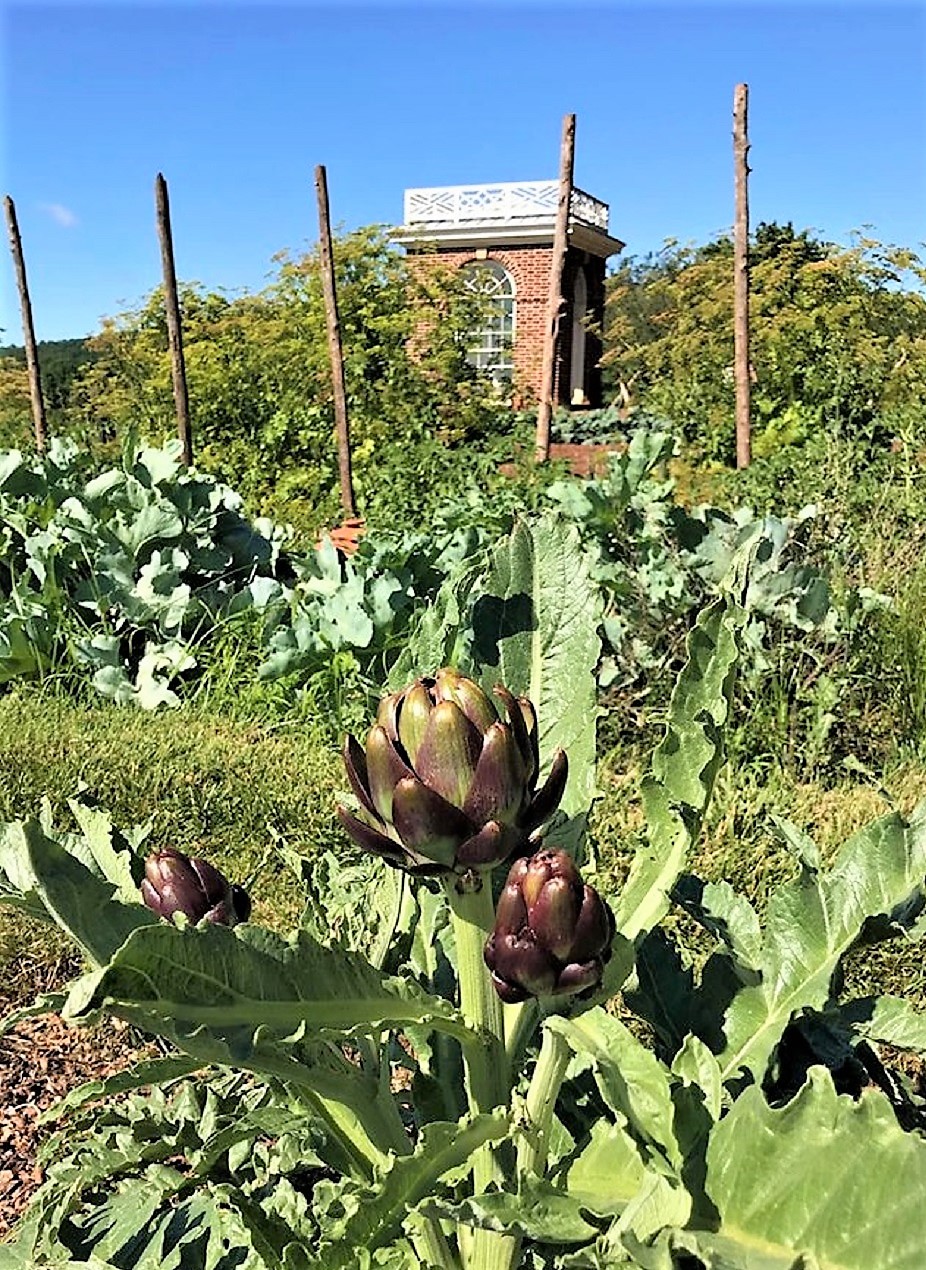 Photos of Monticello by Peggy Cornett at Thomas Jefferson's Monticello, who tells us that

The “chokes” are forming in the vegetable garden. Globe Artichoke was included on one of Jefferson's first lists of vegetables grown at Monticello in 1770. His Garden Book sporadically charted the first to "come to table" and the "last dish of artichokes" from 1794 and 1825. Monticello gardeners often leave the edible “chokes” to develop into purple, thistle-like flowers, which can be dried for arrangements. 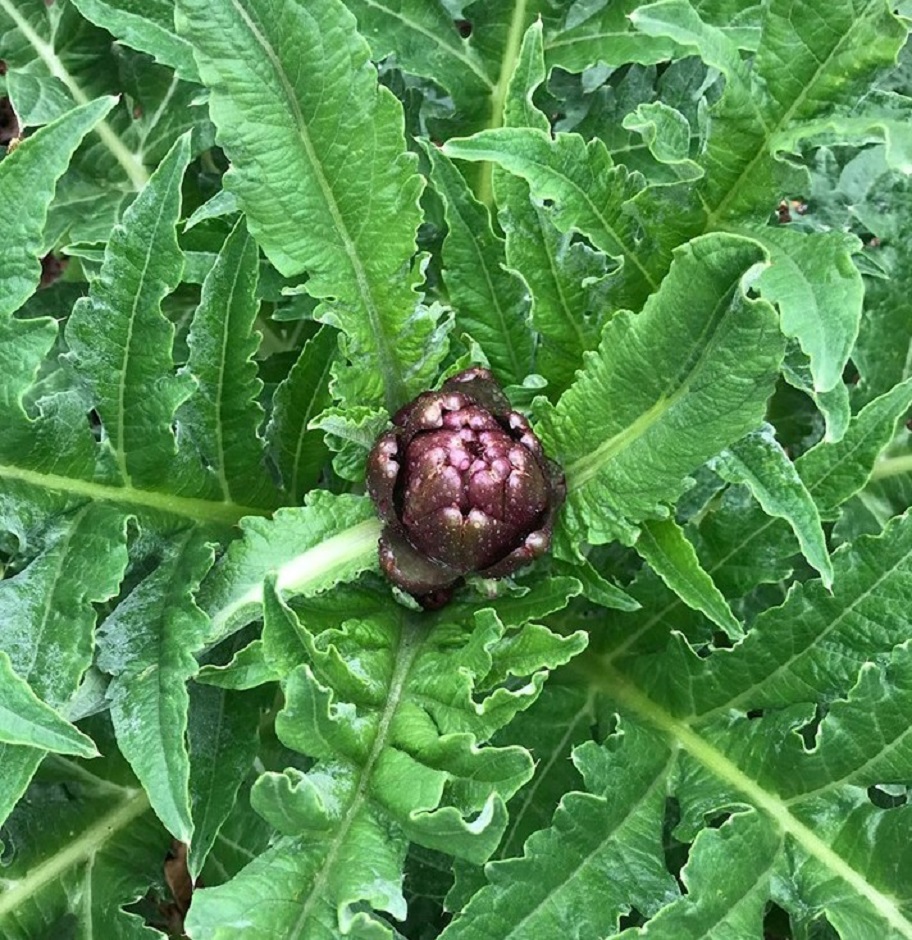