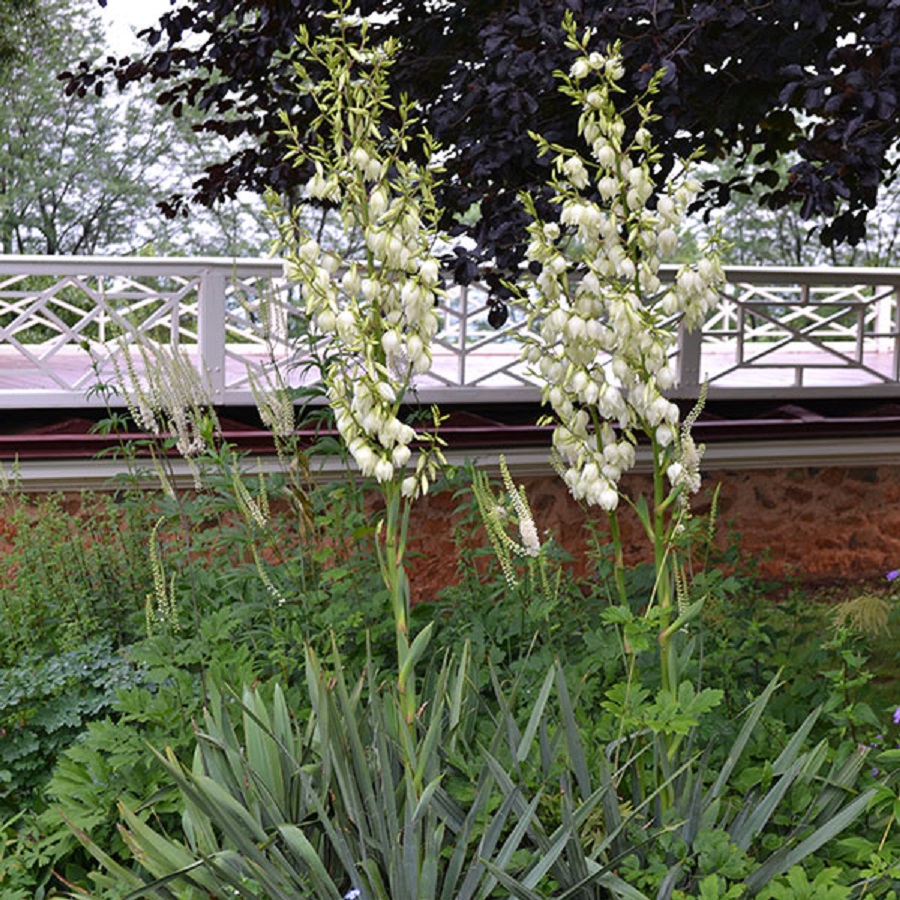 Native to the southeastern United States, Yucca filamentosa was introduced to gardens by 1675, and was then known as Silk Grass or Bear Grass. Thomas Jefferson included “Beargrass” in a list of ‘Objects for the Garden’ at Monticello in 1794. Fiber obtained from the leaves is one of the strongest native to the U.S., and was used in basket weaving, binding, for fishing nets, clothing, and more. At Monticello, rope made from this species was used in the vineyards for staking and tying up grapevines. The ornamental qualities and exotic appearance of this striking native plant were much admired by the late 19th and early 20th centuries.