Seedsman Grant Thorburn (1773-1863) gave space in his 1832 seed catalog to an idea often touted in garden literature of the early 1800’s - the encouragement of gardening as a desirable & suitable occupation for ladies. It was considered proper, if a woman could afford it, to stay at home. To occupy her time with botany was thought to be an edifying activity that would improve the health, well-being, & perhaps even the temperance of her family members by providing a beautiful & cultivated home that would be preferable to a tavern. 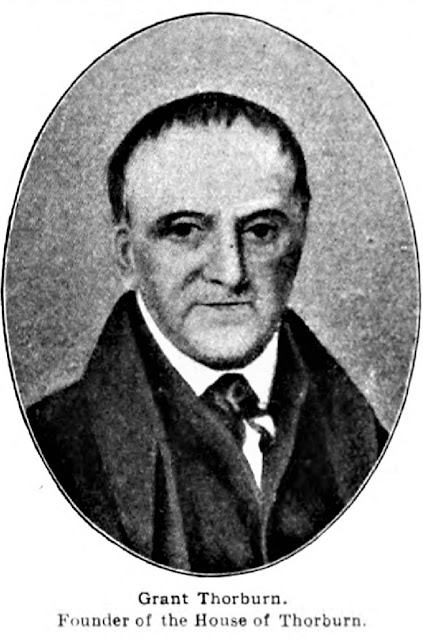 Thorburn provided instructions for making herbaria, with the remark that this would be a better use of ladies’ time than compiling sentimental scrapbooks.

All the same, the last 4 pages of the Thorburn 1832 catalog translate the language of flowers, with which ladies could convey secret messages in their bouquets. Pressing flowers, flower drawing & botany infused with sentiment were popular hobbies of 19C middle-class ladies, & the catalog clearly addressed this market.