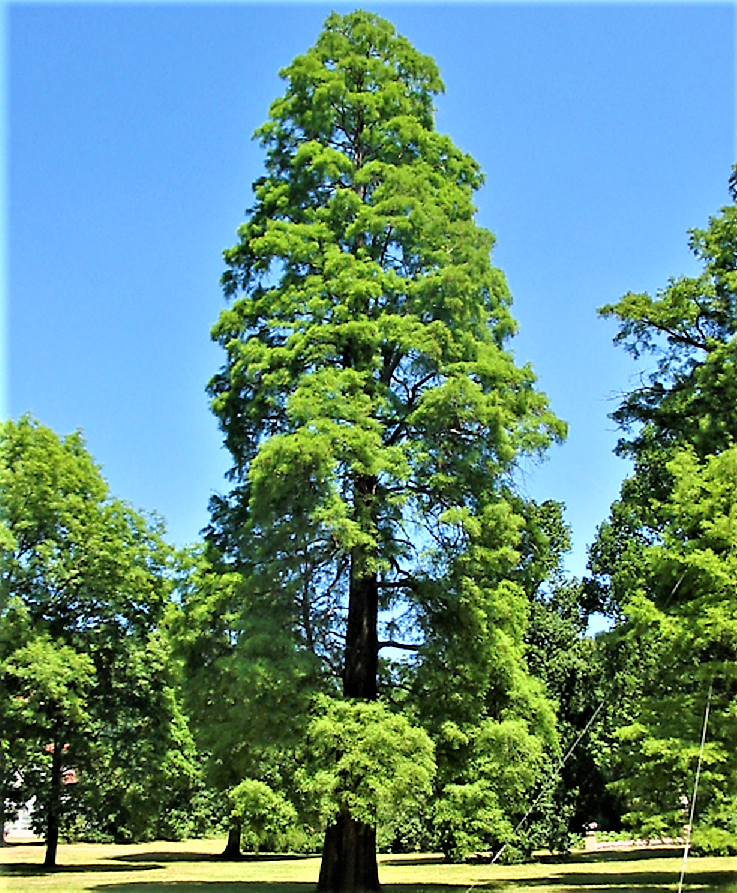 Although the natural range of Bald Cypress extends from Delaware to Florida and west to southern Illinois and Louisiana, it is hardy as far north as Canada. It was introduced into England by John Tradescant the Younger who, with his father John the Elder, established a garden of exotic plants along the River Thames near London during the 1640s. The 18th-century naturalist and illustrator Mark Catesby described it as the loftiest North American tree next to the Tulip Poplar. The name Bald Cypress refers to its deciduous nature. Jefferson’s listing of “Cypress Cupressus disticha” in his book, Notes on the State of Virginia, may actually refer to Bald Cypress. 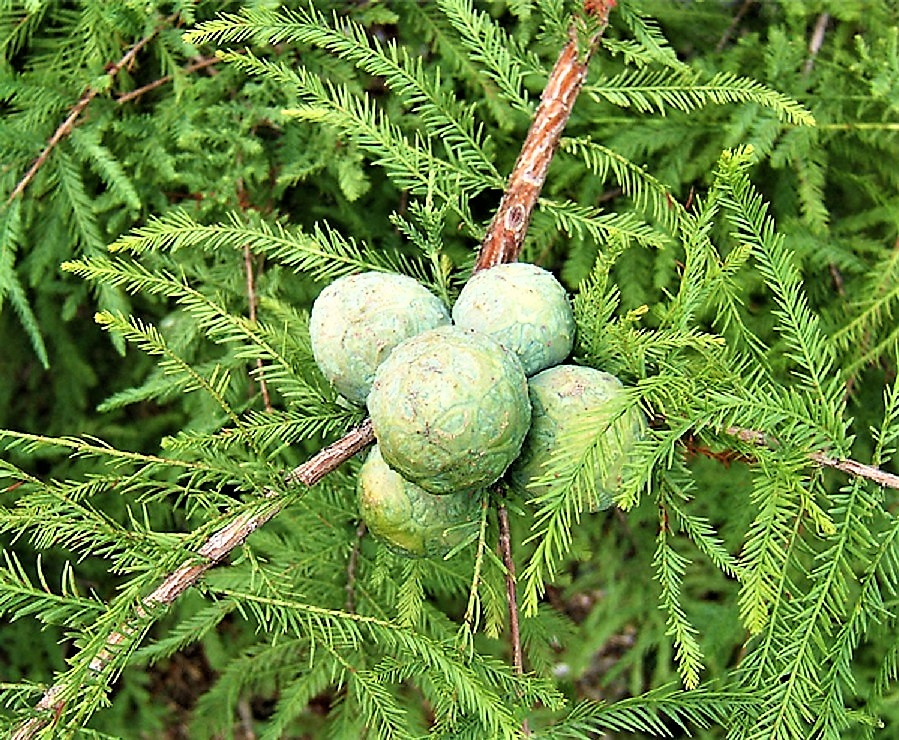