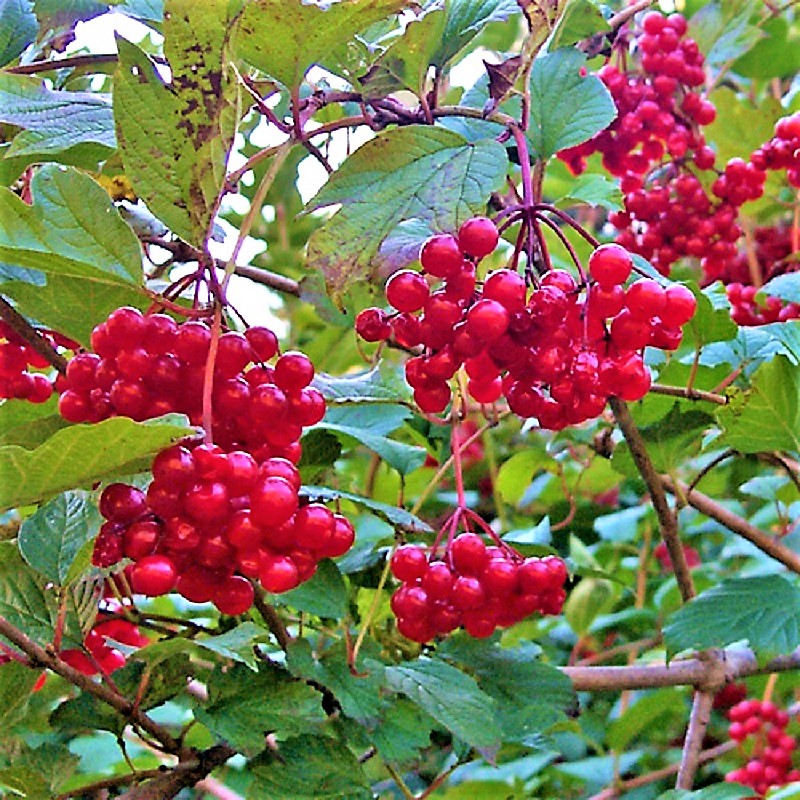 The Cranberry Bush grows natively from New Brunswick and British Columbia south to New York, Michigan, South Dakota, and Oregon. It is similar to the European Cranberry Bush in form and flower, but is not readily available in the nursery trade. In 1791 Thomas Jefferson ordered "bush cranberries, all you have" from the William Prince Nursery on Long Island. Included in his list were many native trees and shrubs as well as fruits and roses. Although the fruits are edible and used in preserves and jellies, birds are not known to eat them. 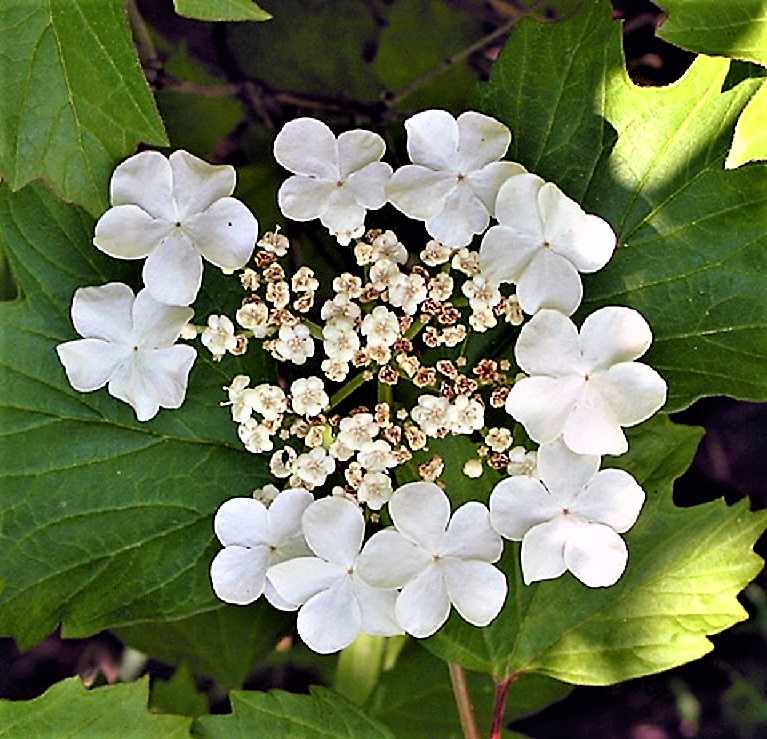