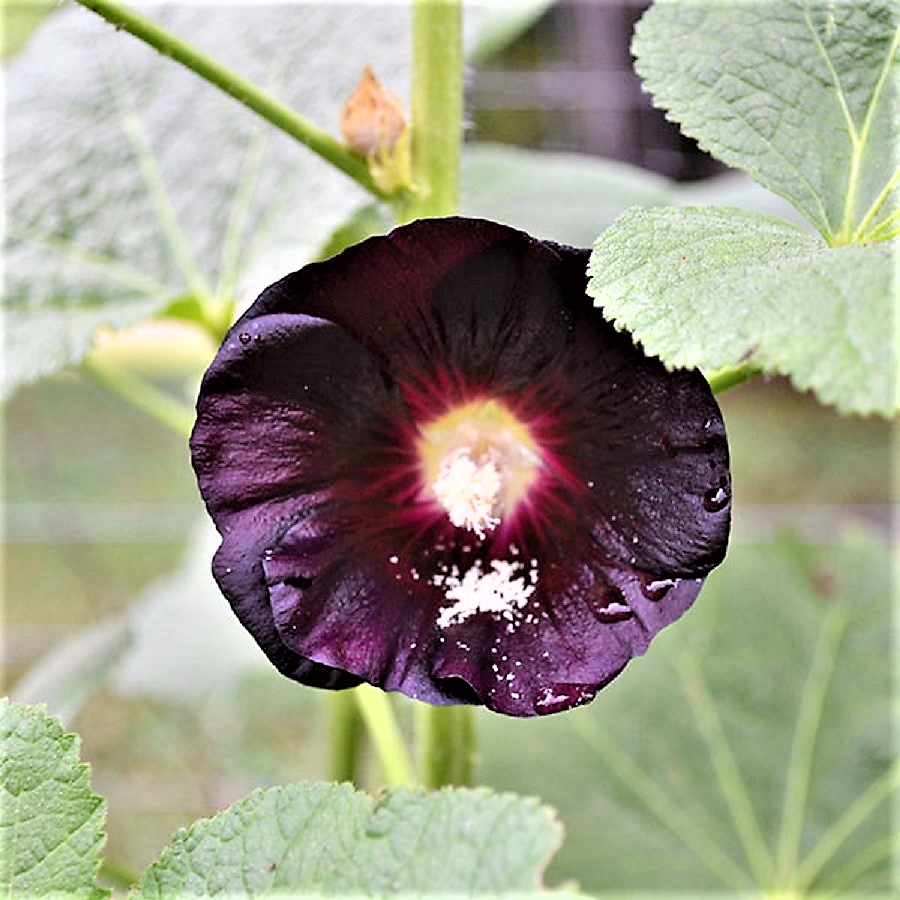 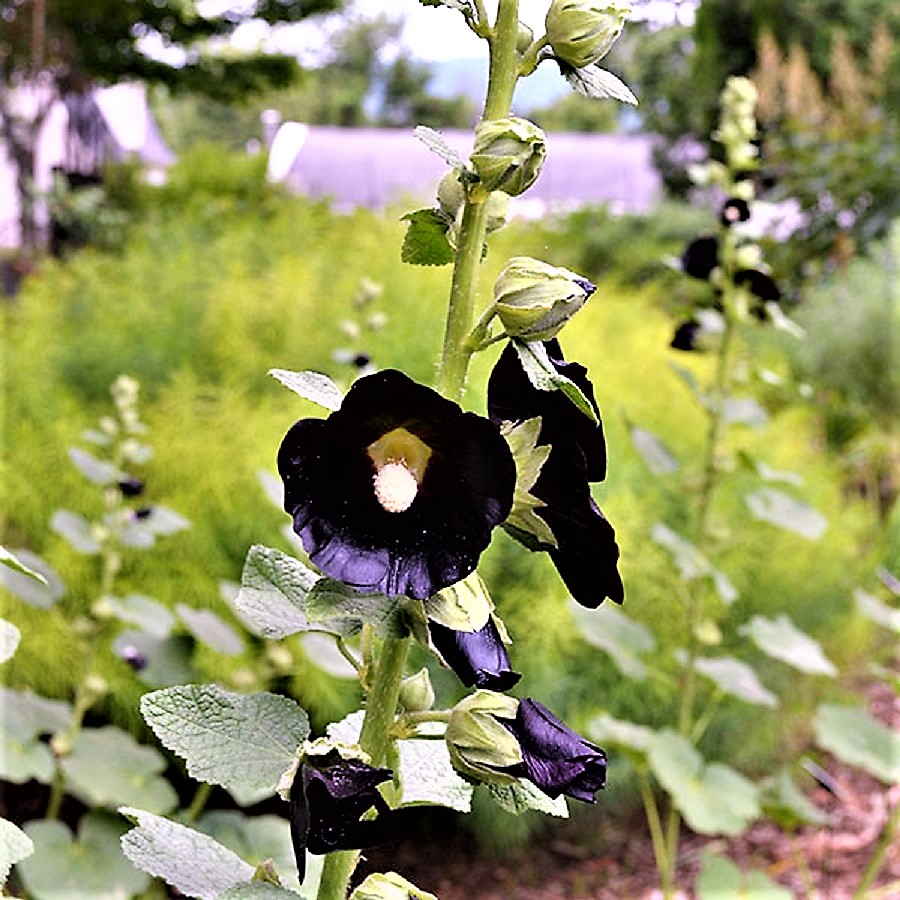 Black Hollyhock was described as early as 1629 by John Parkinson as being "of a darke red like black blood," an apt description for the large single flowers that grace this plant in June and July. This biennial or short-lived perennial will form large rosettes of round, hairy leaves by autumn, and will bloom the following summer. Just as colonists were leaving England for the New World, John Parkinson (1567–1650) was establishing himself as the last of the great English herbalists & one of the first of the great English botanists. He was apothecary to James I & a founding member of the Worshipful Society of Apothecaries in December 1617, & was later Royal Botanist to Charles I. He is known for two monumental works, Paradisi in Sole Paradisus Terrestris (Park-in-Sun's Terrestrial Paradise, 1629), which generally describes the proper cultivation of plants; & Theatrum Botanicum (The Botanical Theatre or Theatre of Plants, 1640), the most complete English treatise on plants of its time. The most eminent gardener of his day, he kept a botanical garden at Long Acre in Covent Garden, today close to Trafalgar Square, & maintained close relations with other important English & Continental botanists, herbalists & plantsmen.