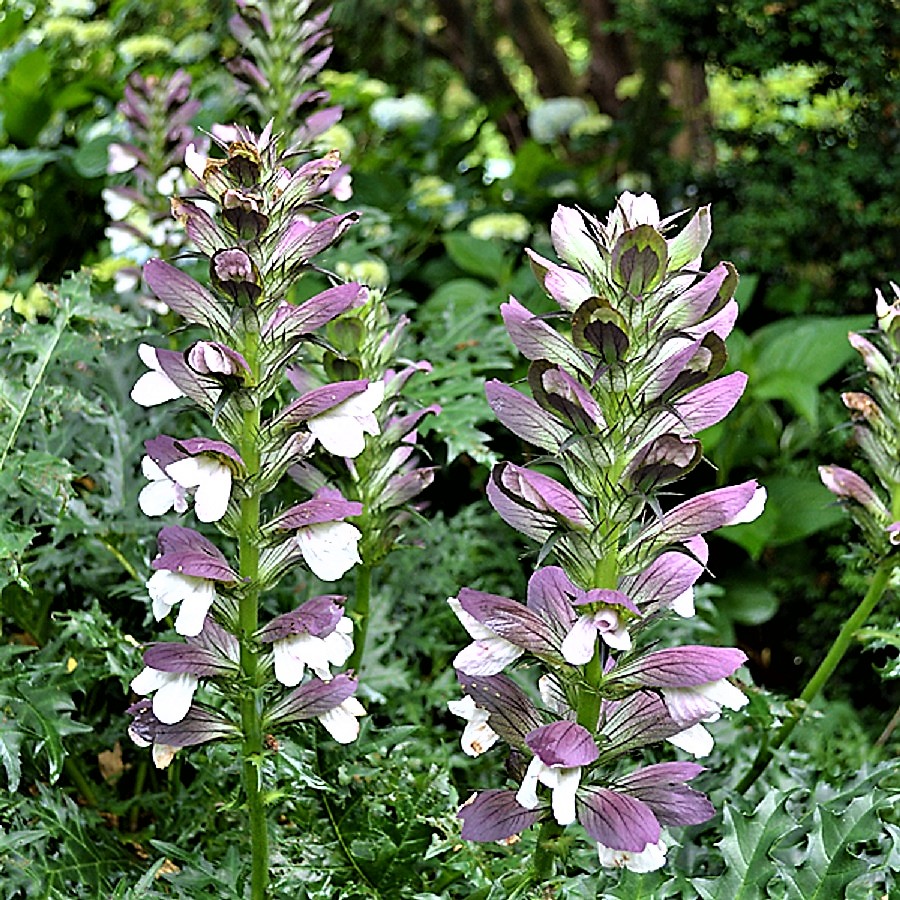 This handsome perennial, native to Italy through W. Turkey, was first documented in 1629, although it was grown much earlier by the Romans and Greeks. But, like its cousin, Acanthus mollis, it is not known to have been cultivated commonly in American gardens before the mid 19th century. The British garden writer William Robinson revived interest in the Acanthus by extolling its virtues in his classic book, The Wild Garden, 1870. New Jersey nurseryman Peter Henderson admired both Acanthus spinosus and A. mollis as “stately” and remarkably beautiful ornamentals in his Handbook of Plants, 1890. Large, dramatic flowers are attractive to bees.